Carlin joined the category in the pre-season 2011 GP2 Asia Series, and scored its first wins and pole positions in the main series in '12 with Max Chilton.

Chilton finished fourth in the final 2012 rankings with Carlin, a position matched by Felipe Nasr in '13 before the Brazilian claimed third in '14.

Between them, Nasr, Chilton and Jolyon Palmer notched up eight GP2 wins for Carlin and four pole positions.

A source within Carlin told Autosport: "We've come to a point where we have fulfilled our contract with GP2 Series, a championship in which we have enjoyed great success including numerous podiums, race wins, and been championship contenders.

"The time has now come to move on to focus on other areas of our race programmes." 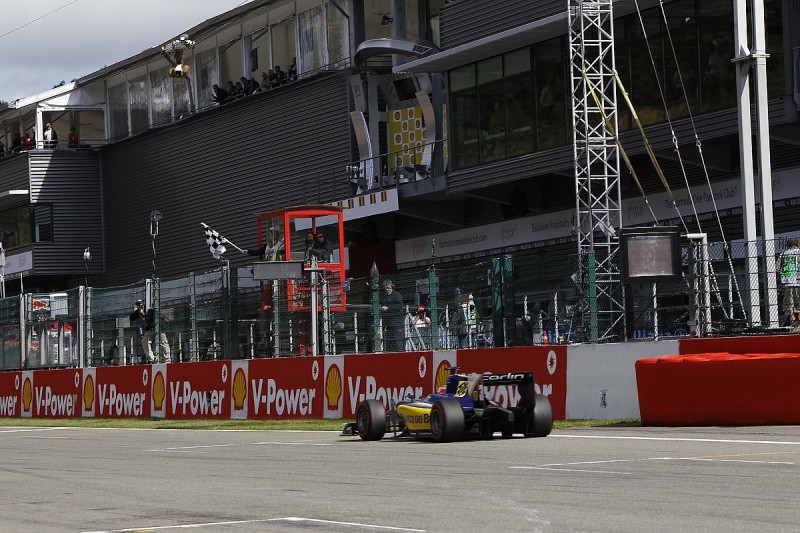 These include Carlin's revitalised Formula 3 European Championship team, together with Euroformula Open, BRDC British F3, British Formula 4 and its US-based squads in Indy Lights and USF2000, as well as a planned expansion into the IndyCar Series in 2018.

Carlin, which claimed its last GP2 podium with Marvin Kirchhofer in Monaco last year, is the only one of the 11 teams from 2016 not named among the current squads on the series website's updated list.

The 11th team is listed simply as 'TBA', raising question marks over the return of Hilmer Motorsport, which was announced last November.