In typically dominant fashion, Vandoorne stormed into the lead at Turn 1 in Bahrain and never looked back.

The Belgian was more than five seconds clear before taking his mandatory pitstop with 10 laps to go.

He rejoined in front of early stopper Nathanael Berthon and with a clear track he was able to extend his lead further.

The Belgian eventually crossed the line 13s ahead of team-mate Nobuharu Matsushita.

Honda junior Matsushita worked his way up to third from eighth on the gird before his pitstop.

The Japanese driver rejoined behind Alexander Rossi and Mitch Evans, but made up a place with ease after Rossi and Evans made contact at Turn 3.

Rossi clipped the back of Evans on the exit of the corner, which resulted in a damaged front wing for the American. He subsequently had to pit for repairs and finished down in 18th.

With just two laps to go, Matsushita made light work of Evans with the help of DRS at Turn 1 to secure ART's second one-two of the season.

From seventh on the grid, Evans was able to claim his fifth podium of 2015 after a hard-fought race.

The Kiwi was scrapping for seventh in the early stages after losing a place at the start but made his way up to sixth before his pitstop.

He rejoined ahead of Rossi and was doing well holding onto second, before Matsuhita grabbed the place late on.

Raffaele Marciello finished fourth after running in the top three for the majority of the race.

The Ferrari junior lost places after his pitstop but was able to fend off Rapax driver Sergey Sirotkin, following their wheel-to-wheel battle in the closing stages. 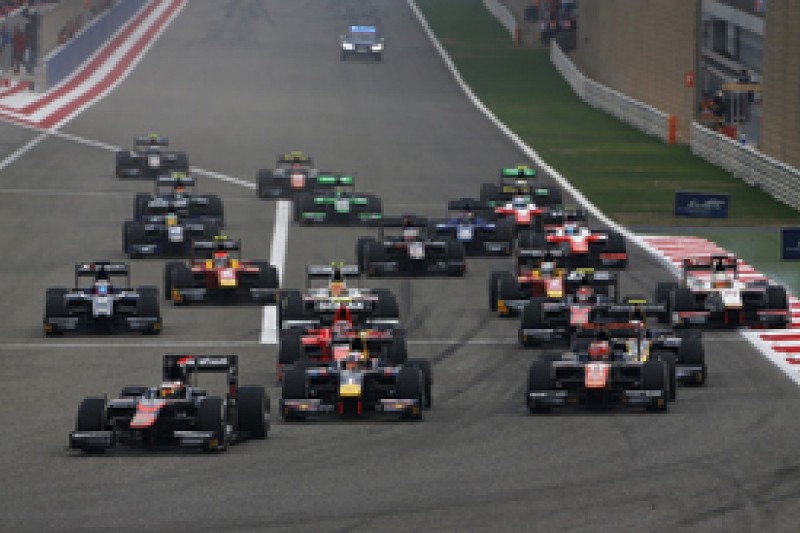 Polesitter Pierre Gasly had a less than perfect race to finish sixth. The Frenchman lost the lead off the line to Vandoorne and continued to fall down the order.

He was able to pass Rio Haryanto late, but the Red Bull junior's search for his maiden win in GP2 goes on.

Racing Engineering driver King appeared to be heading for the pitlane alongside Haryanto when he suddenly veered off to the left and back on to the track, almost causing a collision.

The stewards investigated the incident but no further action was taken.

Arthur Pic grabbed the final spot in the top 10 on the penultimate lap, deposing Lazarus driver Berthon, who was on old tyres and fell from second.

Norman Nato, who was running as high as third, finished down in 24th after picking up a puncture in the closing stages of the race.