Guanyu Zhou came from behind in the closing stages to claim victory in a thrilling Formula 2 feature race in Bahrain.

The polesitter dropped to fifth position for much of the first half of the race having elected to start on hard tyres, as he lost out to the soft tyre runners of Christian Lundgaard, Oscar Piastri and Felipe Drugovich.

However, Zhou’s hard work early on paid dividends once he switched to soft tyres, allowing him to surge to the lead with five laps remaining.

A five-car battle for the lead emerged in the closing laps but it was Zhou who took the chequered flag.

Dan Ticktum survived late-race contact with Oscar Piastri, who led early on, to take second place while the latter retired.

Lundgaard on the soft tyres got the jump on polesitter Zhou, on hards, to lead into Turn 1 but the race was soon neutralised due to two separate incidents on the opening lap.

Robert Shwartzman misjudged his braking resulting in front to rear contact with Roy Nissany that spun the DAMS driver out of the race at Turn 4. Lirim Zendeli was also caught up in the incident and required a new front wing. 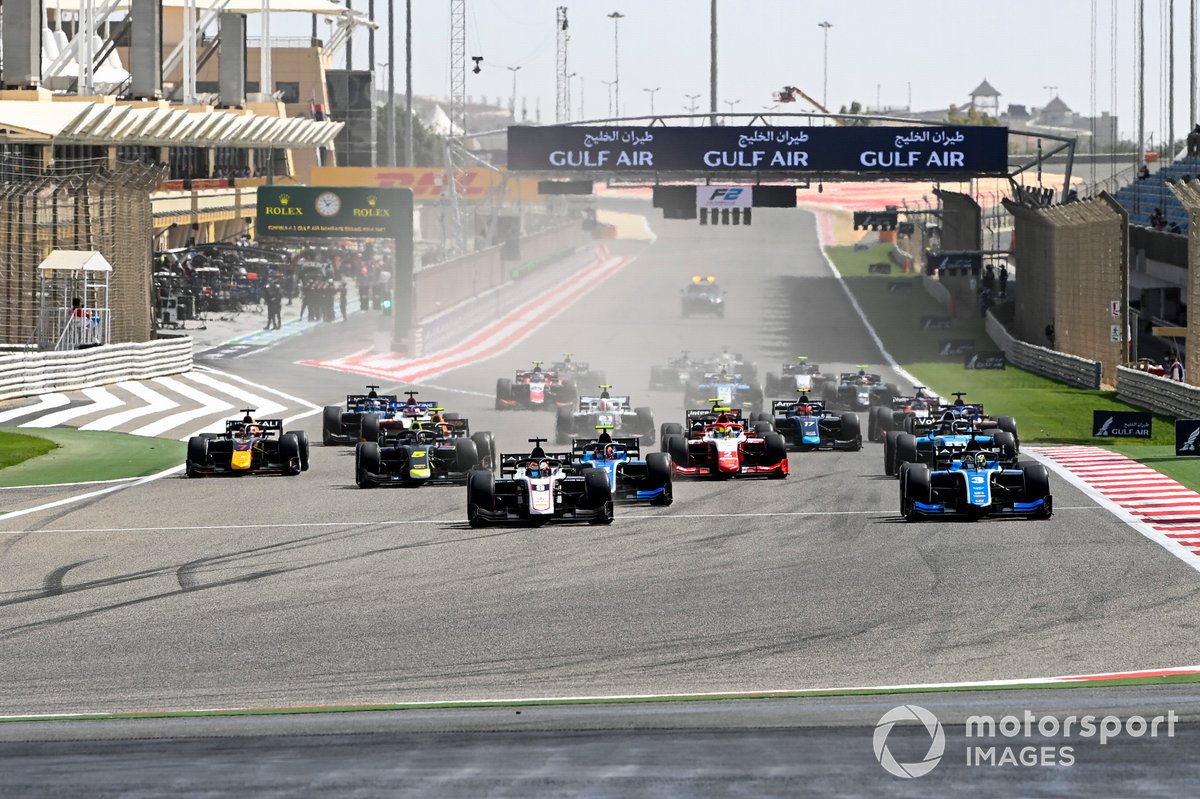 The incident was looked at by the stewards and resulted in a drivethrough penalty for Shwartzman, who served the penalty on lap 6.

Meanwhile, Alessio Deledda stopped on track further round the lap.

Before the safety car was deployed, Drugovich - also on softs - had snared second from Zhou.

On the restart, Drugovich briefly grabbed the lead at Turn 1, but it was short-lived as Lundgaard fought back and regained the spot at Turn 7.

Further behind, the soft tyre-shod Piastri was on the charge moving up to fourth and then third with a move on Zhou before taking second place after he dispatched Drugovich at Turn 1 on lap 7.

At this point, Zhou remained the top hard tyre runner in fifth position behind Marcus Armstrong, who had powered from 13th to fourth in only eight laps.

Back in the pack, Verschoor dropped from fifth to 10th in a matter of laps as Ticktum and Theo Pourchaire moved to sixth and seventh respectively.

The soft tyre lead trio began to break away from Armstrong and Zhou as the race approached its halfway point. Piastri was the man with the best pace as he launched into the lead after an excellent move on Lundgaard at Turn 2.

However, the first of the soft tyre frontrunners blinked on lap 13, as Lundgaard pitted for hards and rejoined the race in 13th spot behind the Prema-run machine of Shwartzman.

Drugovich was next to duck into the pits for hards but crucially he joined behind Lundgaard.

Piastri then received a huge slice of luck as he pitted on lap 17 and rejoined ahead of Lundgaard, Drugovich and Zhou, now on softs, as the virtual safety car was then upgraded to a full safety car to recover the stricken Gianluca Petecof.

Another driver to benefit even more from the safety car was Armstrong, who pitted for hards under the period and rejoined in the lead ahead of Piastri and Verschoor on softs. 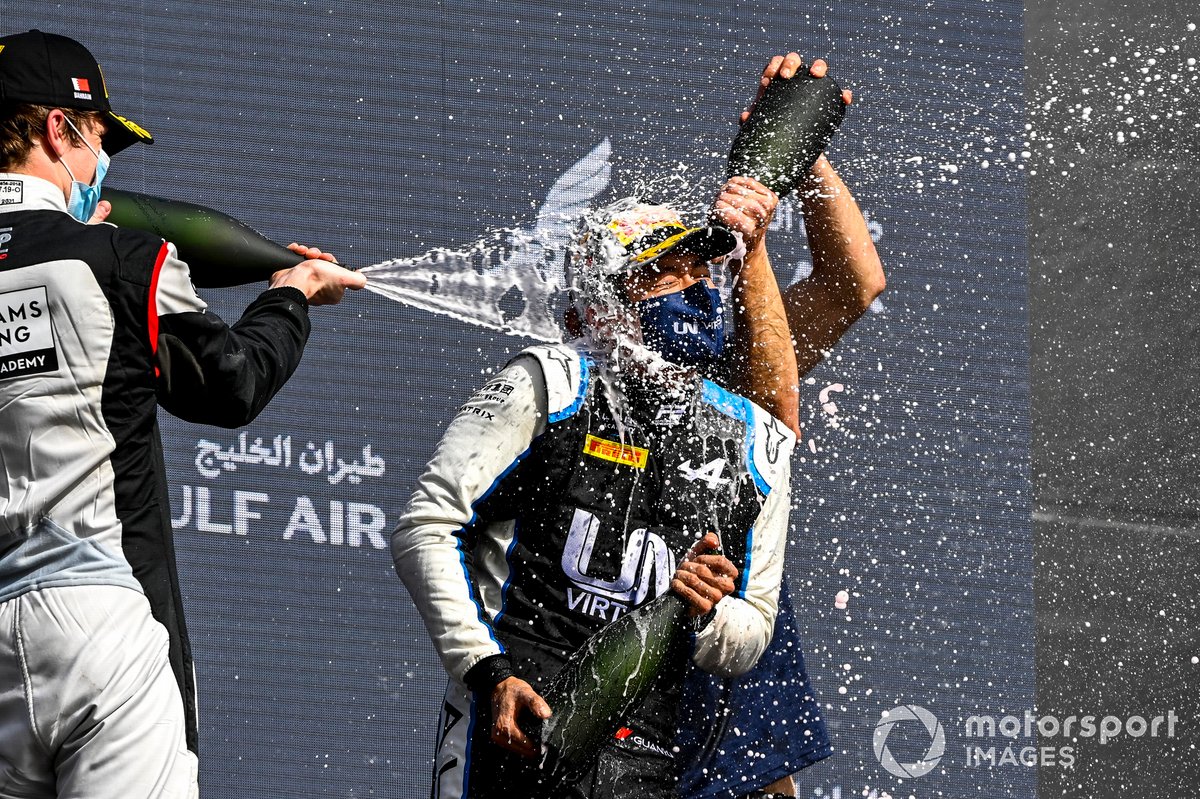 The restart was a frantic one as Piastri passed Armstrong for the lead but again it was short-lived as Verschoor slid by the Australian at Turn 1 on the next lap.

Zhou, benefiting from the soft rubber, jumped to third as Drugovich and Armstrong, who also copped five-second penalties for a safety car infringement, dropped back on the hard tyres.

The Chinese driver soon jumped to second with a move on Piastri, before beginning to hunt down Verschoor.

With five laps remaining, Zhou grabbed the lead by diving underneath Verschoor at Turn 4, as the pack of Piastri, Ticktum and Lawson closed in to create a five-car battle for the win.

In the end, it was Zhou who went on to take the win from Ticktum, who clashed with Piastri at Turn 1 late on, while Lawson snatched third in the final laps from Verschoor.

Armstrong netted fifth ahead of Jehan Daruvala, the recovering Shwartzman and Pourchaire.

Drugovich was classified ninth and the last point went to Matteo Nannini, while early contender Lundgaard settled for 12th spot.

The championship will head to the streets of Monaco for the second round on 20-22 May.