Nikita Mazepin topped a stop-start free practice session for the penultimate round of the FIA Formula 2 Championship on the Bahrain International Circuit.

The Hitech Grand Prix-run Russian was a relatively late improver once everyone finally got down to putting in some serious lapping, and eventually headed Carlin racer Jehan Daruvala by 0.122 seconds.

The field were only just completing their installation laps when F2 veteran Artem Markelov spun his HWA Racelab car at the final corner, and could not get going again.

The session was red-flagged and Markelov got out of his car and made his way back to the pits - but there was a comedy moment when, with the driverless car clearly in neutral, it trickled backwards across the circuit and bumped into the inside barrier, while some of the field were still returning to the pitlane.

There was another red flag shortly after the restart, when Marino Sato also spun at the final corner, and could not restart his Trident machine.

There were only 20 minutes of the scheduled 45 remaining when the green light shone, and just three drivers had set representative lap times.

Dan Ticktum spent a little while at the top of the times, before he was deposed by Daruvala, and then Mazepin in turn went quickest.

Red Bull and Honda Junior Yuki Tsunoda completed a Carlin 2-3 behind Daruvala, while he had a small moment when he was forced off the track by Roy Nissany, who was getting going again after spinning. 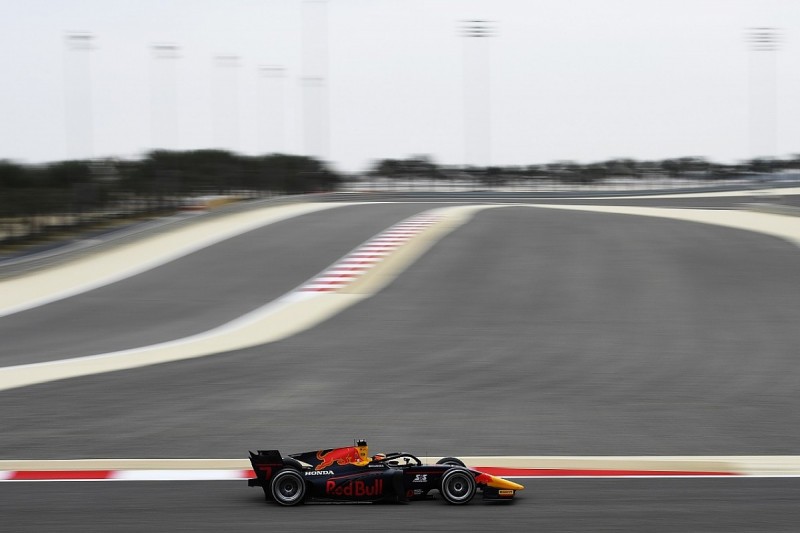 Robert Shwartzman was the best of the Prema Racing-run Ferrari juniors in seventh, while his championship-leading team-mate Mick Schumacher was 10th.

FIA F3 Championship runner-up Theo Pourchaire won't have been thanking HWA team-make Markelov or Sato for causing those red flags - he goes into his debut F2 qualifying session with just 14 laps (including numerous in and out-laps) under his belt, and was 17th of the 19 drivers to set a representative time.

Apart from Markelov and Sato, DAMS returnee Sean Gelael - back in action after breaking a vertebra at Barcelona in August - failed to get a decent lap on the board, his car needing attention in the pits following the second red flag.