The Banbury squad announced its link with HWA - best known for its DTM and Formula E programmes - in January this year, and team boss Kenny Kirwan said the link has helped the squad that finished ninth out of 10 teams in last year's F2 standings to improve.

"What HWA does give us is the ability to tap into its resources from DTM, Formula E, some of their people and some of their strategy guys.

"In terms of the infrastructure that we have for this year, it remains the same, we're operating from the same premises with the same equipment and cars. But there is some additional resource from HWA in Affalterbac.

"They are investing in simulators, one for Formula E and one for F2 and F3, and they are coming online quite soon.

"The drivers will do their preparation work over there, and then the cars are prepared and worked on in Banbury."

Hubert delivered a phenomenal fourth in the season-opening race in Bahrain, despite losing his radio and having to manage his tyres and pit without any communication with the team.

Both cars were quick in Baku but suffered bad luck, with Calderon retiring with an alternator problem in the feature race before crashing on the Sunday. 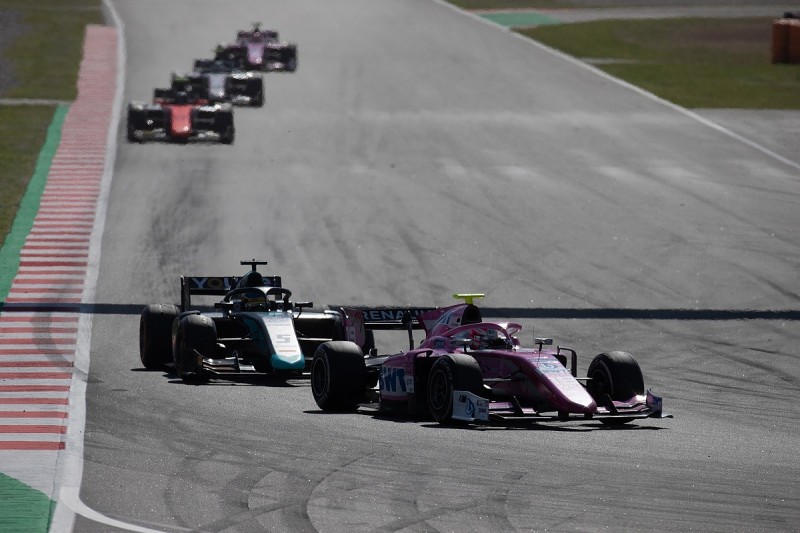 Hubert then led much of the Barcelona feature race last time out after starting 15th on the grid on an alternative strategy, but a slow pitstop meant he finished sixth.

A fifth in the sprint race leaves him seventh in the standings. Arden has historically been quick in Bahrain and Baku, but Kirwan is hopeful the team's strong pace at Barcelona can continue for the rest of the season.

"There's always room for improvement, it's still a new package, but it's working really well and we're going in the right direction to becoming a strong midfield contender, to then build a platform for the following years to try and take the fight to DAMS, ART and Prema."

On the team's performance, Hubert added: "I think we are better than what we expected before the start of the year and after winter testing.

"Even if you are in a top team on paper, top fives are good. When you are a rookie, [finishing in the] top five is really good.

"To do these kind of results is a great achievement.

"But I think we can do better, we know where we have to improve as quali is not our strength, but like we showed [in the Barcelona feature race] we have great potential and we just have to extract the maximum out of it."