Palou, who finished third in the Japanese F3 series and scored three wins in the series this year, will make his F2 race debut at Jerez this weekend and stay on for the Abu Dhabi finale.

Visoiu joined Campos at the 2017 Monaco F2 round, taking the seat occupied by Stefano Coletti and Roberto Merhi in Bahrain and Spain.

The Romanian driver is missing the final two rounds of the season "for personal reasons", according to a Campos statement.

Visoiu scored a best finish of 10th in the Spa feature race - after title contenders Charles Leclerc and Oliver Rowland were disqualified - and is 22nd in the standings with one point. 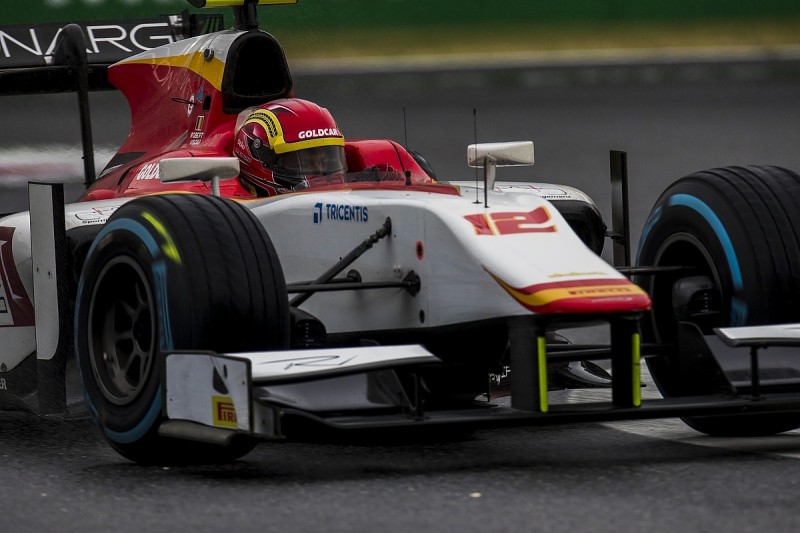 Palou has raced for Campos before, competing for it in GP3 in 2015 and '16 - finishing 10th in the championship in his first year and winning that season's Abu Dhabi finale.

The 20-year-old also raced in the Euroformula Open championship with Campos in 2014, finishing third overall and scoring three wins.

In addition to his Japanese F3 campaign this year, Palou has also raced in the three most recent rounds of the Formula V8 3.5 series and scored a win on his debut race weekend at the Nurburgring.

Palou will line up alongside Ralph Boschung, who is currently 19th in the standings, in the Campos F2 line-up.