In race that was dominated by differing approaches to tyre strategy, Rowland fought his way by early leader Markelov and then kept his soft Pirelli tyres alive to take his third win of the season.

F2's 2017 champion Charles Leclerc led for much of the middle phase of the race, but his alternative strategy of soft-to-super-softs did not pay off and he was passed by Prema team-mate Antonio Fuoco on the line as he suddenly slowed approaching the finish.

At the start, polesitter Markelov made a clean getaway to head Nyck de Vries into Turn 1 as Fuoco got swallowed up by the pack making a slow start from third.

Leclerc, starting sixth, also lost out to the fast starting Luca Ghiotto and Nobuharu Matsushita, and then banged wheels with Fuoco as they ran through the Turn 8/9 chicane.

Markelov led the close-bunched early frontrunners, but one-by-one the drivers that had started on the super-softs began to fall away.

Leclerc climbed up the order with a series of decisive passes - including two sweeping moves on Norman Nato and Matsushita at Turn 1 in successive laps. 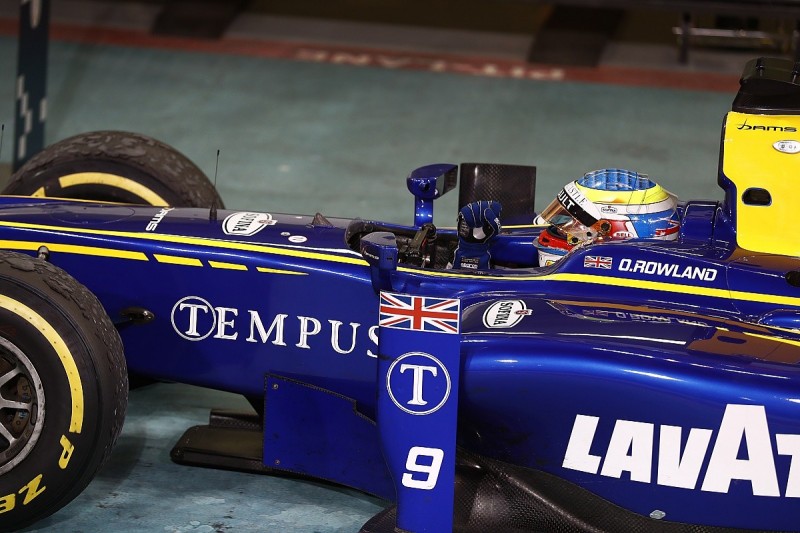 De Vries began to put Markelov - able to keep his super-softs in shape the longest - under pressure for the lead, which he seized on the approach to Turn 8 on lap 6 of 31 - with Leclerc passing Rowland for third in the background.

Markelov and Rowland led the super-soft runners into the pits at the end of that tour and Leclerc immediately homed in on de Vries, putting him under severe pressure on lap 11, causing him to lock up at the Turns 8/9 chicane and cut the segment, handing Leclerc the lead on the following straight.

Leclerc immediately shot clear, as Rowland, who had passed Markelov two laps after their pitstops with a crucial move heading into Turn 8, began cutting into his lead at a significant rate.

The race settled down with Rowland methodically erasing the gap to the soft starters and the Briton moved into first when Lelerc and de Vries pitted on lap 23.

Leclerc initially set a string of fast laps - some almost two-seconds faster than Rowland - but his super-softs lost performance and his charge halted.

Rowland, under no pressure from the struggling Markelov, came home 6.6s clear, with Fuoco, who had repassed de Vries for fourth when the Racing Engineering driver's super-softs also faded, a further 16.2s adrift in the final podium spot.

Alexander Albon rose from the back of the grid after being disqualified from qualifying yesterday to take ninth using the same contra-strategy as Leclerc, and Jordan King round out the top 10.

Formula 3 European champion Lando Norris lost positions at the start and then retired with an engine problem as he ran down the main straight on lap six.