Prema Racing's Antonio Fuoco - who was handed third place on the line after fellow Ferrari F1 junior Charles Leclerc obeyed a team order - has also been thrown out of the results.

Rowland, also disqualified due to a technical infringement in the Spa feature race, "finished the race with a skid block which was below the prescribed thickness in the technical regulations," according to an F2 statement.

Fuoco was disqualified because his car was found to have finished the race with "front tyres [that] were below the minimum specified tyre pressure."

The disqualifications mean that Artem Markelov is now the official winner of the feature race, with Leclerc second and the second Russian Time driver - Luca Ghiotto - is promoted to the podium. 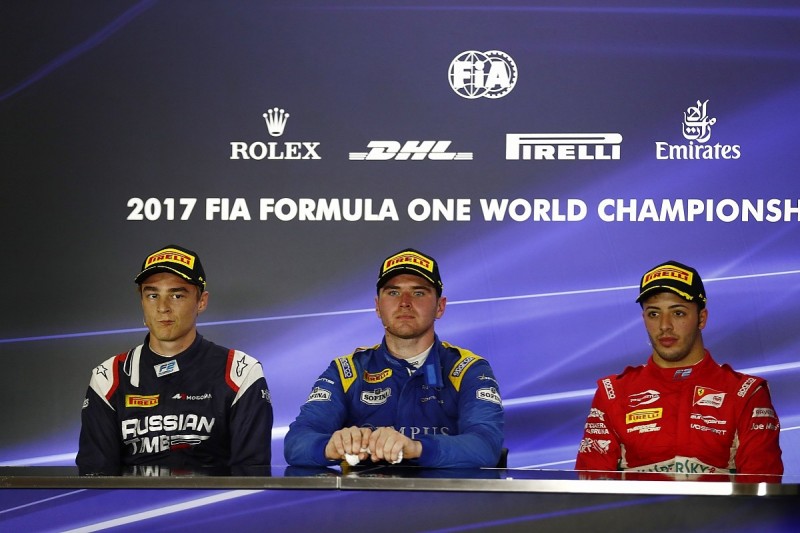 Markelov's fifth win of the 2017 campaign means he is now on 206 points - 17 ahead of Rowland - in second place in the drivers' championship.

Even if Rowland - who will start the sprint race from the rear of the field with Fuoco - were to gain the 17 points on offer in Sunday's race, Markelov would hold on to second place overall on count-back.

The disqualifications also mean that Russian Time - which was not on the teams' entry list for the 2018 F2 season released last week - is on 385 points in the teams' championship, 20 ahead of Prema and 30 ahead of DAMS with just the Yas Marina sprint race to close out the 2017 season.