MP Motorsport has revealed its 2019 Formula 2 line-up, with Jordan King making a return to the series alongside his IndyCar commitments

Ex-Manor Formula 1 development driver King started his car-racing career with the team in Formula Renault in 2012, and left its F2 outfit after finishing 11th in the standings in 2017 to join Ed Carpenter Racing as its street- and road-course IndyCar driver.

He helped MP with its 2019 pre-season F2 programme, but had been quoted as saying: "Maybe there will be a couple of races, but I'm not actively pursuing that. I'm pursuing IndyCar".

But King has now rejoined MP full-time, and will look to add to his 65 starts across GP2 and F2 and two victories in the series, which came with Racing Engineering in 2016.

"It is great to be working with and supporting the team at MP Motorsport again," said King.

"I only have good memories of working with everyone at MP and I'm delighted the team have put their trust in me to help them progress as much as possible - and I'm sure we'll reach our full potential together.

"My full focus has been on my debuts in WEC and the Indy 500 but I'm proud to be coming back into the MP and F2 families. 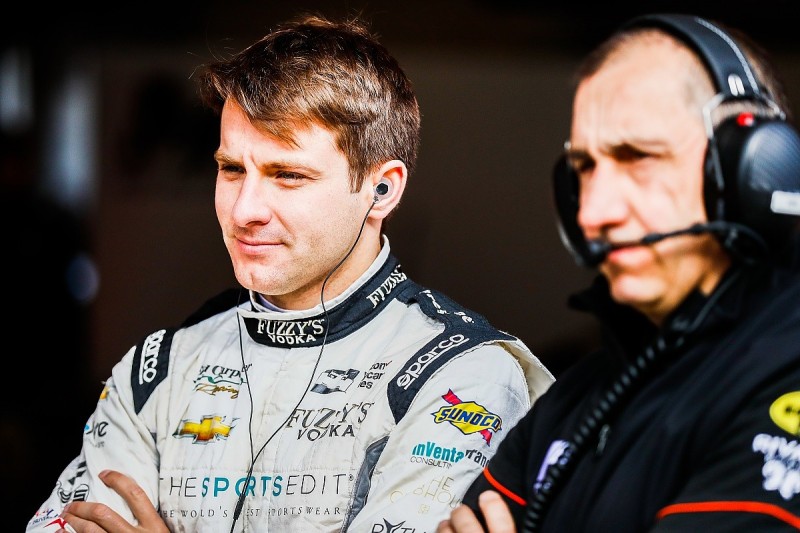 "The Formula 2 turbo car was new to me, as I only have experience with the old GP2 car, so I used the six days well to familiarise myself with the new machine.

"It's a great car and I'm certain we can do well."

King, who competes with the Jota-run Jackie Chan DC Racing LMP2 team in the World Endurance Championship, will miss the Monaco F2 round as he contests the Indianapolis 500 with Rahal Letterman Lanigan that weekend.

King will be joined at the team by Mahaveer Raghunathan. The 20-year-old Indian steps up to Formula 2 after stints in European F3 and GP3.