The Pons racer slowed his car suddenly after the chequered flag at the end of race one and was then rear-ended at speed by Arden driver Nicholas Latifi, fortunately without serious injury to either driver.

The Spaniard was judged by race officials to have made a dangerous amanoeuvre, breaching Article 3a, Chapter Four, Appendix L of the International Sporting Code.

In a statement, Merhi said he felt the punishment - which prevents him from taking up a front-row starting position for race two - was harsh.

"First of all I want to say I am glad that Latifi is well, that's all-important after what happened," he is quoted as saying.

"Then I would like to denounce what I think is an excessive penalty imposed on me, and prevents me from fighting for victory in the second race this afternoon, in which [I was set to] start from second position. 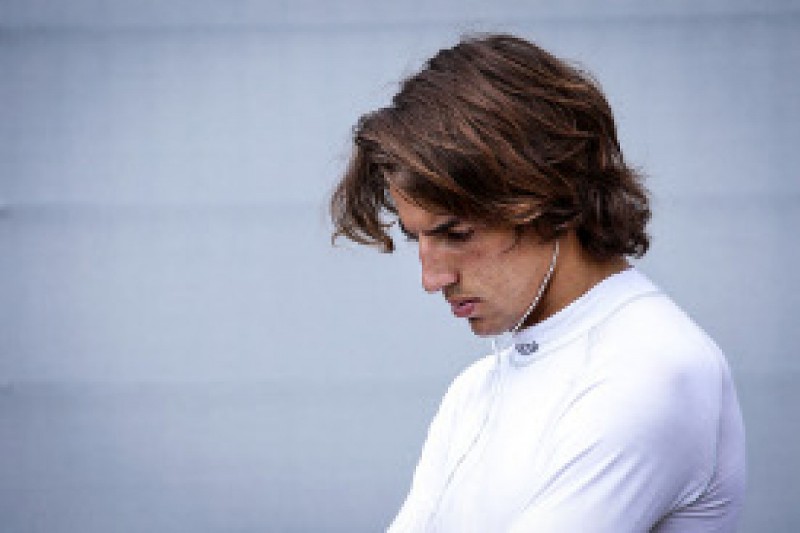 "If the incident is seen in the video, it is clear that when I stop, I'm going to the pitwall, and the people coming are far behind and on the other side [of the road].

"There was no negligence to justify the penalty. Everything was completely random, and really it was a very unfortunate unfolding of events."

Merhi received heavy criticism from some quarters of the Formula Renault 3.5 paddock, and the statement is unlikely to be well received by certain teams, including Lotus whose drivers Marlon Stockinger and Matthieu Vaxiviere were involved in incidents with Merhi earlier in the race.

Arden boss Garry Horner described the accident as a "disaster" for Latifi, and the team has its work cut-out to ready the Canadian's machine for race two where he is set to start from eighth.