The Danish driver, who won three races for the Lotus-backed Gravity-Charouz team in 2012-13, was announced this week as reserve and development driver for the Enstone-based F1 outfit.

Sorensen tested for Tech 1 at the end of last season, and the French squad's team manager Simon Abadie said his performances convinced the team to agree a deal.

"Marco is a very quick driver who's already shown his talent in the Formula Renault 3.5 series as we've been able to see over the past two seasons," said Abadie.

"Since the tests we carried out at Aragon in November 2013 we're convinced that we can do a good job together and that he will move up to another level.

"To continue our success we need to have two first-class drivers capable of scoring big points in every race."

FR3.5 teams are in pre-season testing action this week, and Tech 1 plans to announce Sorensen's team-mate "in the next few days". 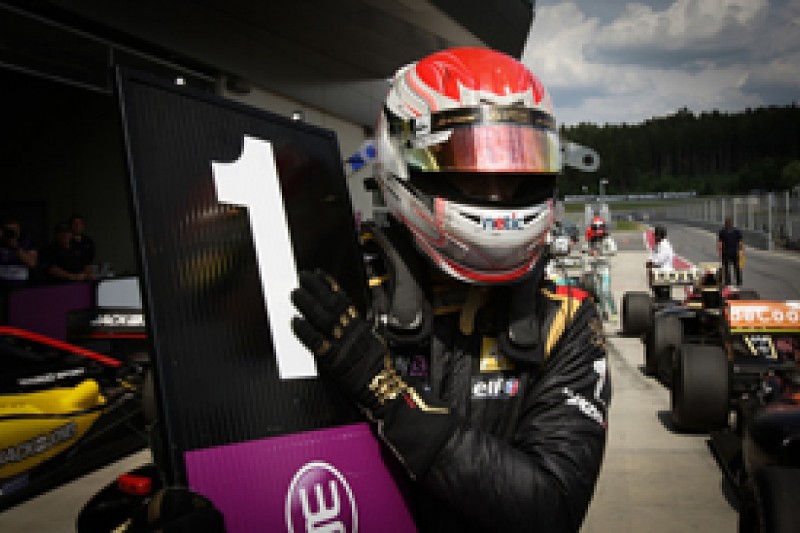 A quick glance at Marco Sorensen's championship finishing positions in his first two FR3.5 seasons (sixth and seventh) doesn't do justice to what he has been capable of at this level so far.

Yes, there have been race wins, all thoroughly deserved. But there has also been misfortune by the bucketload.

Two likely victories (one surely a certainty before a penultimate-lap puncture at Silverstone) were cruelly taken away due to failures outside of his control in his rookie season, where he still comfortably outscored fellow-newcomer Kevin Magnussen to beat him to sixth in the standings.

Last year was supposed to be the time for a title push, but in the end it was the other Dane who vaulted to the front of the field and charged to a championship that earned him a Formula 1 graduation with McLaren.

Instead, Sorensen was plagued by hard-to-trace technical issues that left his car down on power early in the season. Until those problems were resolved, it was only on the streets of Monaco that he could shine and get a podium.

There was one weekend where everything came together, and the team carrying the Lotus name gave him a truly frontrunning car - Austria. He duly won both races from pole position.

FR3.5's last two champions - Robin Frijns and Magnussen - both believe that Sorensen was capable of fighting them for the title over the last two years with a bit more luck.

This year, he gets a chance to prove them right.

Carlin to sit out Formula Renault 3.5 test at Aragon