Formula V8 3.5 championship contender Egor Orudzhev will miss the final round of the season in Bahrain after he was hospitalised earlier in the week

Orudzhev, who was lying third in the championship following his second win of the season in the penultimate round at Austin, has not travelled to Sakhir as he is suffering from acute tonsillitis.

The SMP Racing driver has been replaced in the team by fellow Russian Konstantin Tereschenko, who was out of a drive going into this weekend because his regular team Teo Martin Motorsport had run into sponsorship problems.

In a statement posted on social media by the team, Orudzhev said: "I'm upset, this weekend I could have been competing for the championship.

"This means I also can't participate in the presentation of the new BR1 prototype [which is due to be launched on Friday evening], but now I need to stay in the hospital." 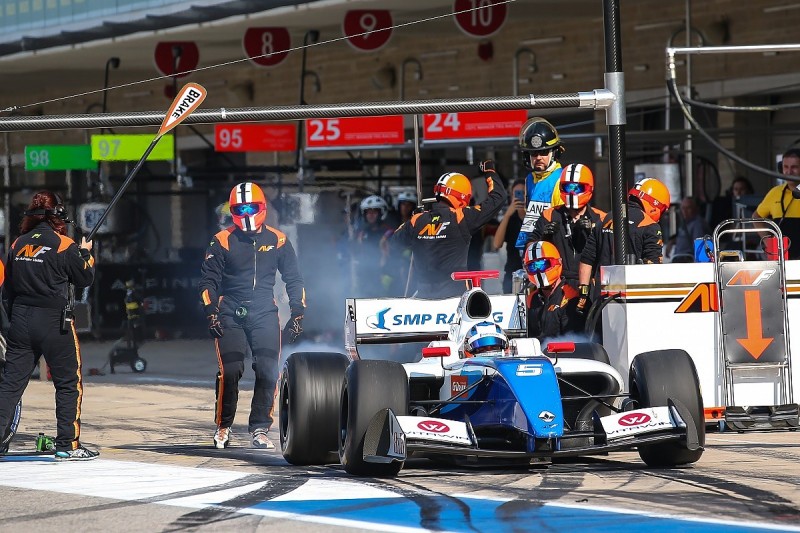 Before Bahrain, Orudzhev was 25 points behind championship leader Pietro Fittipaldi and 15 points behind his SMP team-mate Matevos Isaakyan with 50 points still available from the pair of races.

His illness means his third place is under threat as Force India Formula 1 development driver Alfonso Celis is just six points behind in fourth, with Rene Binder and Roy Nissany 24 points behind in fifth and sixth respectively.

Austin FV8 3.5: Binder and Orudzhev lead the way in practice