Lopez is currently on course for a third straight WTCC title with Citroen, and will leave the tin-top series to join the French manufacturer's sister brand DS in the electric single-seater championship.

The 33-year-old almost made his FE debut while attending the Buenos Aires ePrix as a guest last season, after Vergne fell ill.

Lopez, who told Autosport that weekend FE was on his radar, said he had already been involved in the development of the team's new powertrain.

"This is a really exciting move for me and I'm looking forward to the challenge of Formula E with DS Virgin Racing," he said.

"I am confident that we can achieve great things together next season."

Lopez will be joined by British driver Sam Bird, who stays with the DS Virgin team for a third campaign.

"This season has been another positive step forward and I really believe that DS Virgin Racing is going places," said Bird.

"We showed consistent pace in the second half of the season and if we can convert that into more race wins, then we should have a car that is capable of challenging for the championship next season.

"I feel at home with the team and really can't wait to see what next season has in store."

Vergne ended a difficult season with the DS Virgin squad on a good run of form, finishing second in Paris before claiming pole in Berlin and two podiums on-the-road in last weekend's London finale.

He will stay in the series after joining the new Techeetah team, which has bought Team Aguri's entry, alongside Ma Qing Hua.

Antonio Felix da Costa will therefore change teams after two campaigns with Aguri. The Portuguese is in talks to partner Robin Frijns at Andretti.

Aguri co-founder Mark Preston will remain as team principal for Techeetah, which is owned by China Media Capital. 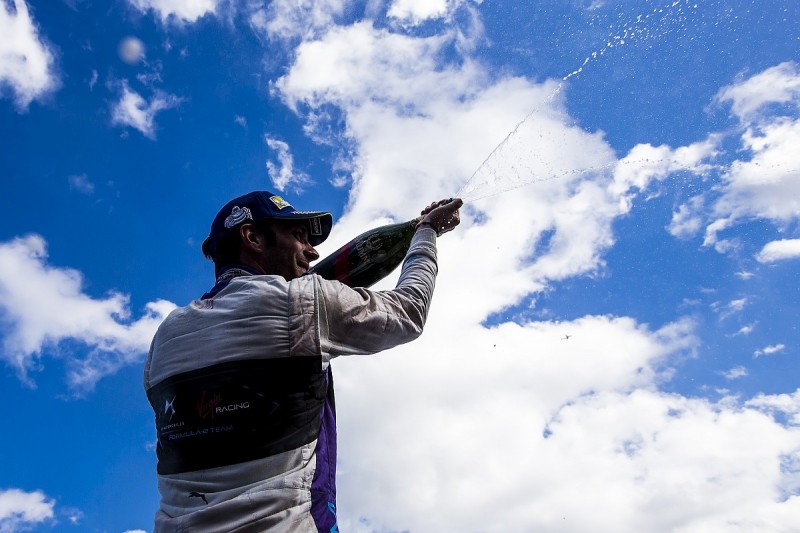