The Brit is already well known to the team, having conducted the 2020 Formula E rookie test in Marrakech alongside Super GT and Super Formula champion Nick Cassidy.

Cassidy, who broke the circuit lap record during his run, was then called up to the race team to replace Sam Bird after he exited to sign for Jaguar Racing for the current season.

Powell was then down to contest the 2021 rookie test in Valencia, which was later cancelled.

Incidentally, the Valencia E-Prix double-header in late April forced the W Series pre-season test to move from the Circuit Ricardo Tormo venue to the Anglesey circuit in Wales.

Powell, who will aid the development work and race preparation for Envision Virgin Racing, which currently leads the Formula E standings, said: “I have already worked with quite a few of the guys when I did my rookie test in 2020 and I am super excited to be part of such a fantastic team.

“I’ve seen how hard everyone works at the factory and to have this opportunity to help the team, who have a great driver line-up as well in Robin [Frijns] and Nick, is incredible.

“We have a great car and great drivers, and I am very proud to be able to support the team in the simulator and contribute to the results.” 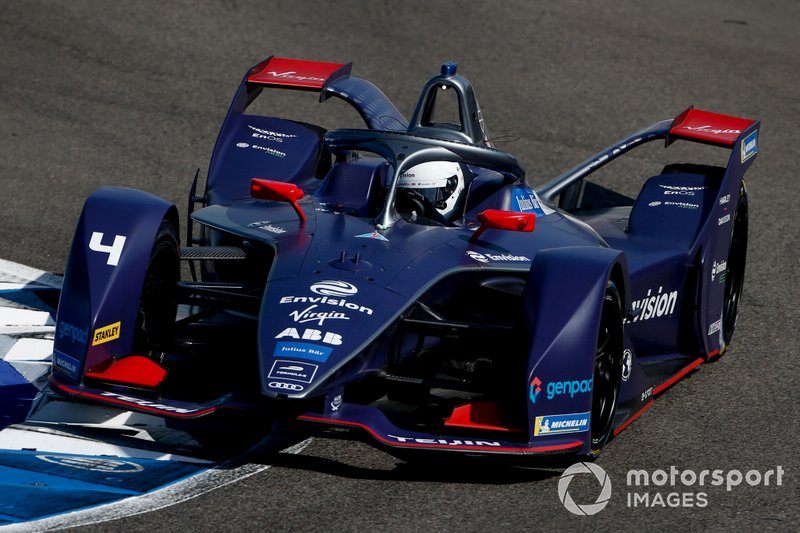 Envision Virgin Racing managing director Sylvain Filippi added: “I am delighted to welcome Alice to the team; we have already seen her performance and what she can deliver during the rookie test she did with us and are very pleased to have her onboard.

“She brings with her a lot of skill, determination, and some fantastic experience behind the wheel.

“I have no doubt that she will constitute a very valuable asset for us, and the team is looking forward to working with her.”

Powell also contested one round of the Formula E Race at Home Challenge, an Esports series established during the height of the COVID-19 crisis last summer to fill in for the dearth of real-world racing..

She has also featured on the Formula E support bill, competing in the Jaguar I-Pace eTrophy in both the 2018-19 and 2019-20 seasons and scored a brace of podium finishes.