Virgin Racing's freedom of Formula E powertrain choice after the coming season gives it a "massive advantage", according to team principal Alex Tai

The British team has run the works DS operation since FE allowed manufacturers to build their own powertrains, and its original three-year deal will end after the 2017/18 season.

DS Performance has been granted standalone manufacturer status from 2018/19 onwards, having worked in tandem with Virgin since 2015/16, and has been linked to supplying the Techeetah team.

Virgin could yet extend its deal with the French constructor though, with a decision likely to be made "early next year", according to Tai.

"It is an advantage for us because we have flexibility," he told Autosport.

"The way the series was set up was in wonderfully utopian perspective, which was that any team could choose any other powertrain.

"Abt and e.dams are aligned to manufacturers now, to Audi and to Renault, but I can chose any of their powertrains.

"We know DS very well and we know their enthusiasm and their capabilities and I think they will produce a fantastic powertrain.

"It is a massive advantage to have that choice."

Virgin has won at least one race in every season of FE and scored five victories in total, all with Sam Bird.

Tai said it had established itself as one of the series' strongest names, which made it an attractive proposition to prospective manufacturer partners.

"What we have been building, in terms of our understanding on how to go racing and our engineering team and our mechanical team, our understanding of the strategy and how to put this together, is able to give a winning platform to any potential manufacturer or supplier," Tai said.

"DS Performance see that, and so do many other people that are coming in.

"Right now, I am not focused on what we have to do for season five because we are in a good position and I am delighted with DS in many ways.

"I wouldn't want to make any changes at all. "What I do know is that we are, for season four, DS Virgin and we have the world of options for season five and beyond." 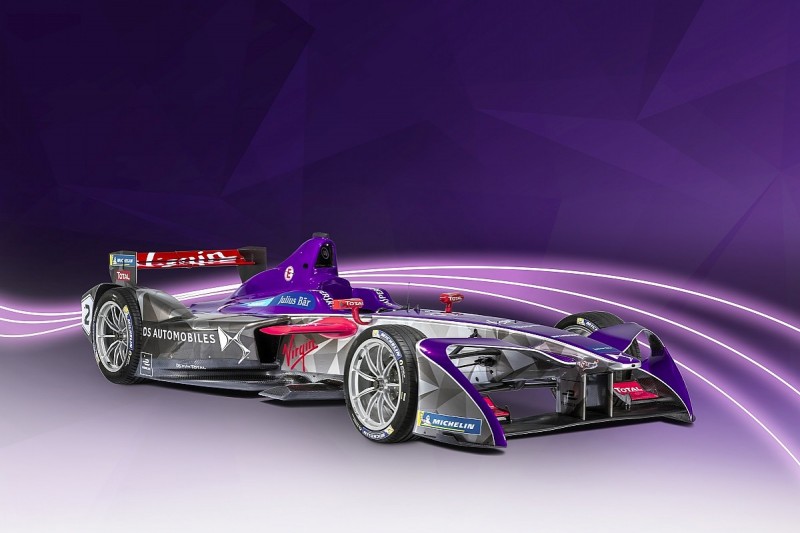 DS Virgin Racing has signed Alex Lynn to partner Bird for 2017/18 and revealed its new livery (above) on Wednesday, just over one week before the season opener in Hong Kong.

Despite Audi making the Abt entry a fully-works team and fresh investment from the likes of Jaguar, Renault and Mahindra, Tai insists DS Virgin should be considered a frontrunner.

"DS have done a fantastic job of giving us a new powertrain for the season ahead, which we can optimise," said Tai.

"We are still one of the top teams and I back our partners in DS to give us a very good chance of competing for the championship."