Jean-Eric Vergne has called on Formula E to “never ever” return to the Puebla E-Prix venue amid claims the track was breaking up along with water bubbling through the asphalt.

The Miguel E. Abed circuit received an unlikely call up to ensure Mexico remained on the calendar in 2021, with the regular Autodromo Hermanos Rodriguez track dropped while a COVID vaccination centre remains on site.

Heavy rain during the Friday media day in Puebla led to water emerging through some corners of the oval-based configuration during qualifying on Saturday at a particular cost to the group one runners.

That combined with patches of asphalt allegedly beginning to break up during the hotter temperatures of the Sunday race led double champion Vergne to call on the championship not to return to the circuit.

He told Autosport: “The water was coming back up. I don't understand how that's even possible.

“And then the track was getting into a million pieces at the exit of Turn 1 and in the middle of Turn 9.

“We go in the middle of qualifying and we lose two second from FP3 to qualifying because of the water rising. It's sunny.  I did not enjoy the track.” 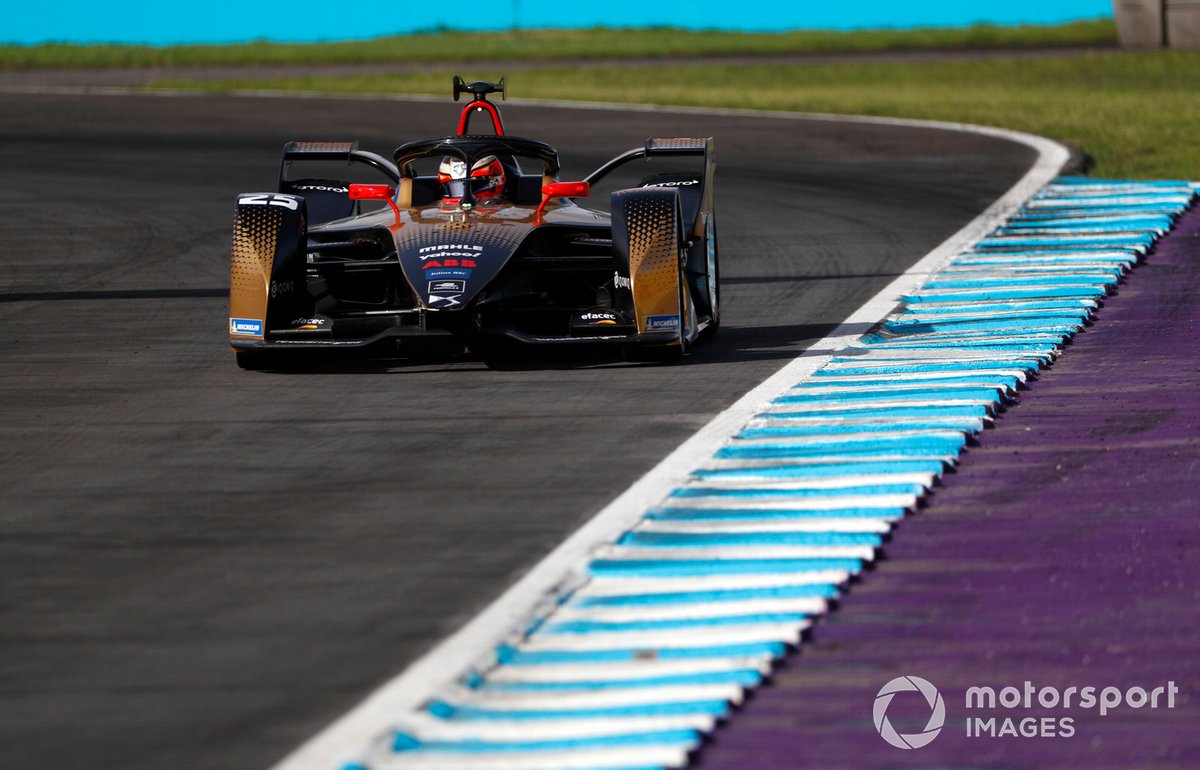 Vergne added that damage to his DS Techeetah machine in the second race, the result of early contact with the Mahindra Racing car of Alex Lynn, led to “one of my worst races in Formula E in terms of car handling”.

He had started fourth but was leapfrogged by Envision Virgin Racing rookie Nick Cassidy, who eventually scored second after a five-second penalty for Pascal Wehrlein after the Porsche driver was adjudged to have improperly used his fanboost.

Vergne then spun on lap 24 of 32 at Turn 9 while using the regen paddle, eventually rejoining in seventh.

He shipped another place to BMW Andretti driver Maximilian Gunther into Turn 1, running wide at the apex and collecting part of an advertising banner that had been ripped off by Alexander Sims.

The French racer told Autosport that the spin was a result of damage to his floor from the early contact with Lynn and then hitting the uneven Tarmac.

Vergne said: "Today I was hit at the start by a Mahindra and that destroyed my floor. My handling today was awful.

“It was clearly one of my worst races in Formula E in terms of car handling. I had so much oversteer here.

“I just hit a little bit of the track that was decomposing. I hope we are never ever coming back to this track.”