Venturi Automobiles, the parent company of the Venturi ABB FIA Formula E squad, has become the first manufacturer to enter a team in the Extreme E electric off-road SUV series

The Monaco-based electric vehicle company has been racing in FE - which will operate the XE championship - since its first season in 2014/15.

Venturi is also famous for its record attempts - it currently holds the electric land speed record with Venturi Buckeye Bullet, built in conjunction with the Ohio State University, and set an unassisted distance record for an electric vehicle with a 9,250-mile run from Shanghai to Paris, and on to Monaco.

"I'm a true adventure seeker and as a consequence I've always had a passion for experiencing some of the most remote regions of the world," said Venturi president Gildo Pastor.

"The partnership with Extreme E represents a new opportunity to show the capacity of electric vehicles in the most extreme environments.

"We're beyond proud to join this innovative and entertaining concept." 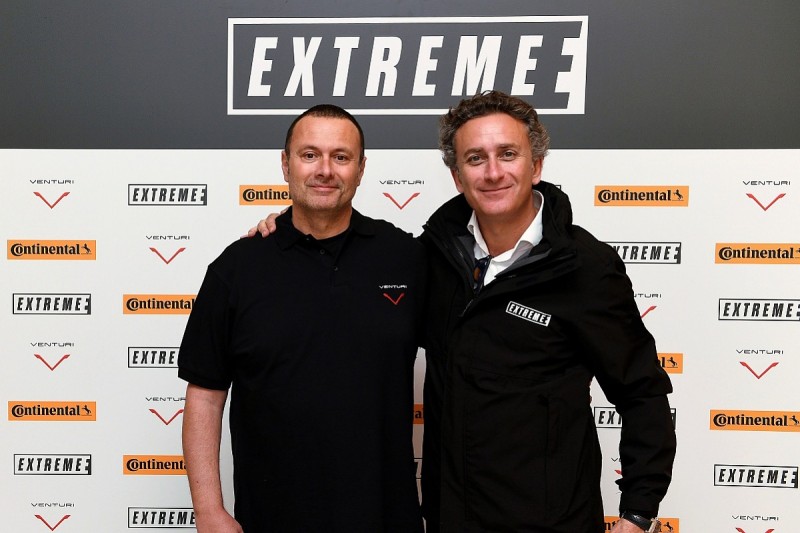 Venturi will take delivery of its XE machinery in March 2020, when Spark Racing Technologies - recently announced as the championship's base-chassis supplier - will deliver the 12 cars that will enter the first XE season.

This is slated to get underway in January 2021, with prototype testing using cars fitted with a McLaren battery, rather than the Williams Advanced Engineering battery that will be in the race cars, set to take place in July '19.

It is not yet clear how many cars each XE team will run, but with the events set to be decided on a series of knockout races, it is understood that one-car squads are most likely.

Speaking as the news of Venturi's entry into XE was announced, series boss Alejandro Agag said: "Gildo and Venturi showed the same belief and commitment in a then-new project when Formula E launched, joining the inaugural grid back in 2014.

"The exciting race format and head-to-head stages in Extreme E are appealing for racing enthusiasts like Venturi - as well as the message of sustainability and electric mobility.

"With Extreme E taking place across five of the most unique and remote locations on the planet, the synergies with Venturi's drive for innovation and desire to push the envelope are clear to see."