Edoardo Mortara and Venturi 2016/17 driver Maro Engel both ran in Valencia last week, amid claims Venturi will be utilised by Mercedes to enhance its knowledge of the electric single-seater series this season.

It has been suggested that personnel from Mercedes' favoured operating team HWA would be deployed to help educate it for a mooted proxy 2018/19 entry, ahead of Mercedes' works participation in 2019/20.

Venturi chief technical officer Franck Baldet told Autosport he understood why people were making the connection but stressed it was just a coincidence.

"You're right, Maro and Edoardo are two drivers from DTM and from Mercedes," he said.

"It is very easy to make the link between those two drivers and Mercedes coming into Formula E and so they come into Venturi.

"Maro was already here before. It's because some drivers are very keen to enter FE.

"Mercedes announced they will stop the DTM so they don't want to lose these drivers and is finding where there are some empty seats.

"We were one of the teams that had two empty seats, so it doubled our chance to have a Mercedes driver."

Engel is understood to be confident about his chances of a 2017/18 seat, while Tom Dillmann completed the 2016/17 FE season with Venturi and thought he was in line to continue with the team until last month. 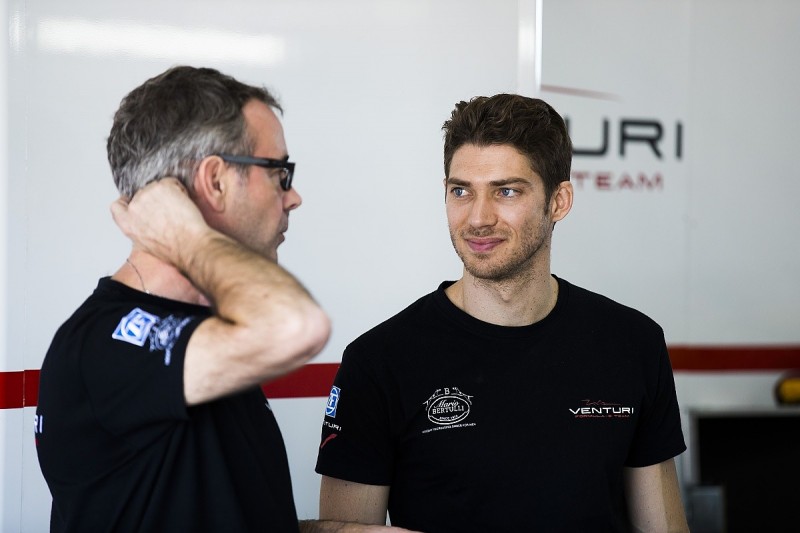 Mortara told Autosport his progression to a testing role with Venturi was "pretty last-minute".

"We started speaking about some possible tests quite late," he explained.

"I was obviously up for it, because FE is a good opportunity, especially for the future.

"I hope it's not going to be only testing, and we can go racing together."

Mortara knows Jacky Eeckelaert, the ex-Abt DTM technical director in the DTM, who has recently been recruited by Venturi in a senior role from Dragon Racing.

Rossiter said it was "simple" to get permission from Toyota/TOM'S to explore an FE programme and had approached the test with a race seat in mind.

"The biggest thing has been spending time with the team and my approach has been to try all the systems, try different things with the energy harvesting and race runs, to try and get a comfortable set-up," he said.

"If I'm lucky enough to end up in the team as a race driver in Hong Kong this is my last chance to do all these things.

"It's been remarkably productive. I've really educated myself, but also been asking questions that have shone light on areas that haven't been looked at previously."

The shock verdict Formula E will hope is wrong