Two-time Formula E champion Jean-Eric Vergne has called for the series to “never come back” to the Valencia circuit ahead of the double-header event at the venue this weekend.

The Circuit Ricardo Tormo, which will host an inaugural Spanish E-Prix, was added to the calendar for 2021 following the cancellations of the planned Sanya and Santiago rounds.

It marks the first time the series has raced on a permanent track - with the Marrakech circuit considered only a temporary venue and the Mexico City lap at the Autodromo Hermanos Rodriguez specially adapted for Formula E.

Although an artificial chicane has been added on the final straight at Valencia to increase opportunities for regenerative braking, drivers are expecting to have to recover an additional 10% of energy per race compared to a more typical street circuit.

DS Techeetah driver Vergne, who won the opening race of the previous Rome E-Prix round, has called for Formula E never to use the venue again despite liking the Circuit Ricardo Tormo from racing there during his junior single-seater career.

He told Autosport: “If you ask me about the track, I have this track in the heart.  I have done since when I was racing in GP3.

“It's a good track but absolutely not a track for Formula E.

“But it's what we have with COVID times making it difficult to create a circuit in the cities.

“We have to consider ourselves happy to be able to race somewhere.

“But quite clearly, I wish never to come back on this circuit.  Not because I don't like it, just because it's not right for Formula E.” 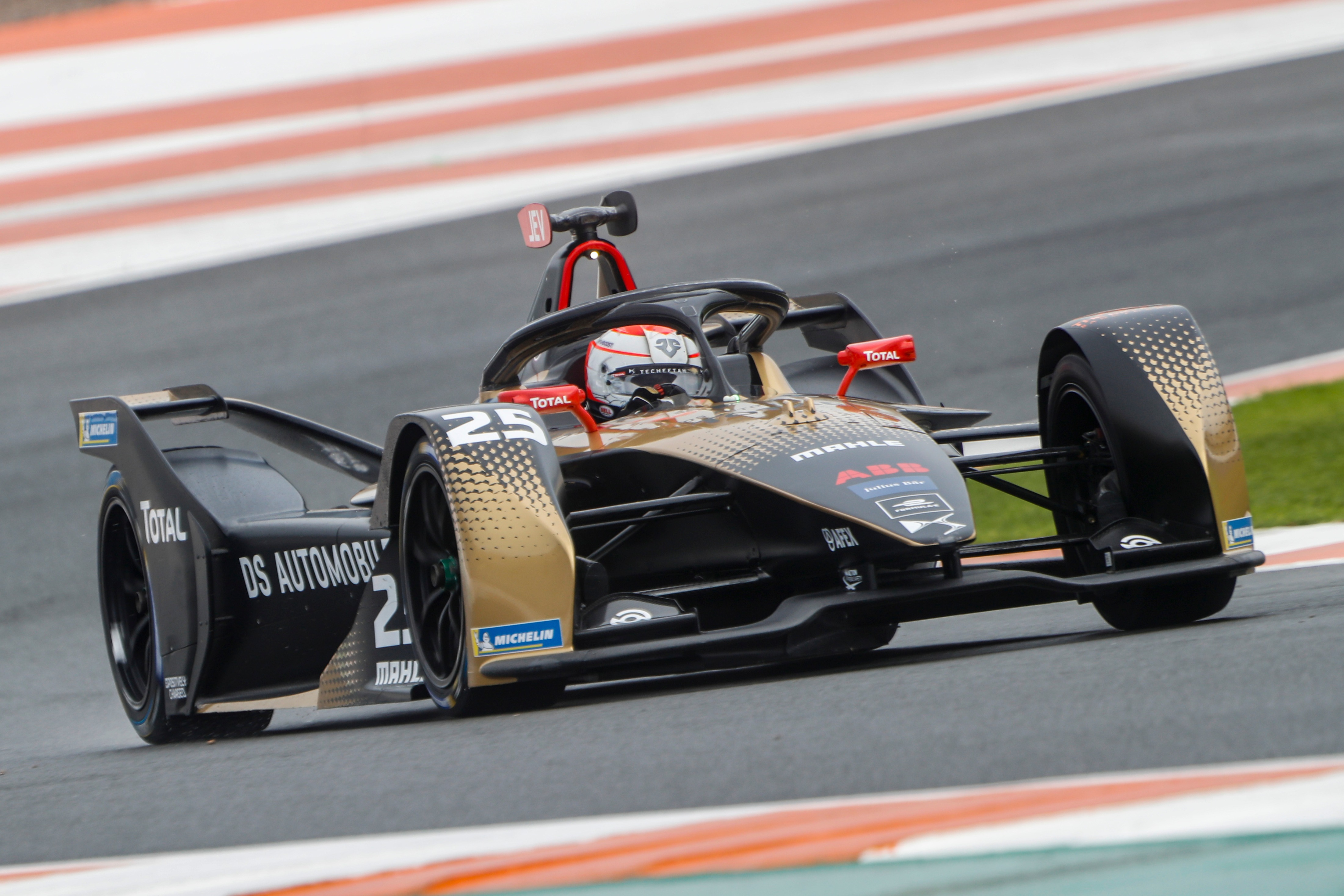 He told Autosport: “I don't think we should go to many tracks like this, or we have to modify the car.

“The car was not made for this type of tracks.”

Due to the higher cornering loads, the tyre allocation for Valencia has been increased from four back up to the six sets of the all-weather Michelin compound as used in previous seasons.

Additionally, in the absence of walls to define the edge of the circuit, the FIA will enforce track limits and delete lap times for violations at Turns 1, 2, 6 and 12.

After the Monaco E-Prix on 8 May, Formula E will return to another permanent race track with the Autodromo Miguel E. Abed near the Mexican city of Puebla deputising for the Autodromo Hermanos Rodriguez  that is currently housing an emergency COVID centre.