Manufacturers have had freedom of choice over how many motors they use since powertrain development was opened up for the series' second season in 2015/16.

Twin motors have been used by FE manufacturers in the past - notably by NIO, as NEXTEV, and DS - without much success and the field largely converged on a single motor approach for the start of the Gen2 era.

The move, which was announced after the World Motor Sport Council meeting in Paris on Friday, is expected to impact on the Nissan e.dams squad, which is widely understood to be the only FE team that is running a twin motor set-up in the current 2018/19 championship.

Nissan has never publically disclosed the make-up of its FE powertrain.

The team is yet to win a race in the 2018/19 FE season, but has scored five pole positions - the most of any squad. 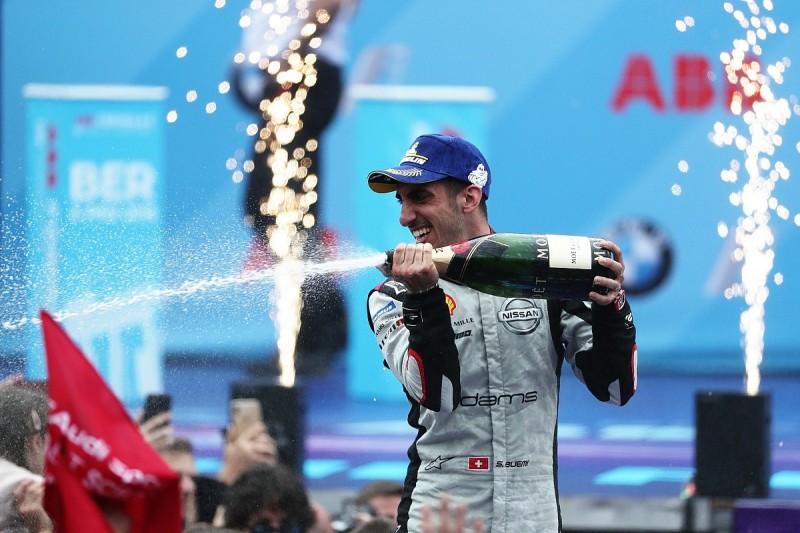 When asked to explain his team's prowess in qualifying after the most recent race in Berlin, Nissan driver Sebastian Buemi said his squad had "made some choices and some of them pay off and some don't".

"Clearly our car is quick in quali where we don't have to save energy and is not efficient in the race," he continued to Autosport.

"Simple as that. That's the trend and it's like that."

"You go away, you get the positive of something and you're happy and you get the negative and that's it.

"[To rivals] just don't try to lobby or cry when you are behind to say 'it's not fair' and then when you're in front it's all good.

"I just want to have things fair at the end."

An FIA statement announcing the WMSC decision read: "A modification to the technical regulations was also approved, reducing the maximum number of MGUs (rotating electromechanical power converters) from two to one."

Autosport has approached Nissan for comment regarding the decision.

Folowing the World Motor Sport Council meeting, details of a 14-round calendar and plans to increase the amount of energy saving in races were also unveiled.