Sergio Sette Camara has been re-signed by the Dragon Penske Autosport team for the 2022 Formula E season.

The Brazilian made his series debut with the Los Angeles squad in the latter half of the 2019-20 campaign when he was drafted in to replace ex-Formula 1 driver Brendon Hartley.

His impressive turn of speed in qualifying during the six-race Berlin final led him to agree a full-time deal with Jay Penske’s concern for 2021.

Although the team struggled to manage its energy over a full race distance, Camara did seal fourth place in the Saudi Arabia season-opening double-header event.

He backed that up with eighth place - following the late introduction of the Penske EV-5 car, which will carry over for 2022 - in the second London E-Prix race at the ExCeL Centre.

Sette Camara ran to 22nd in the final standings, splitting the difference between his two part-time team-mates.

Nico Muller (20th) was late to be confirmed for the first half of the 2021 season, but the German left the series to focus on his DTM campaign and was later replaced by Joel Eriksson (25th).

According to a Dragon Penske Autosport statement, Sette Camara “continued to play a pivotal role in supporting the development of the software and other control systems through the fall, working at the squad’s Silverstone facility to refine the [2022] package.” 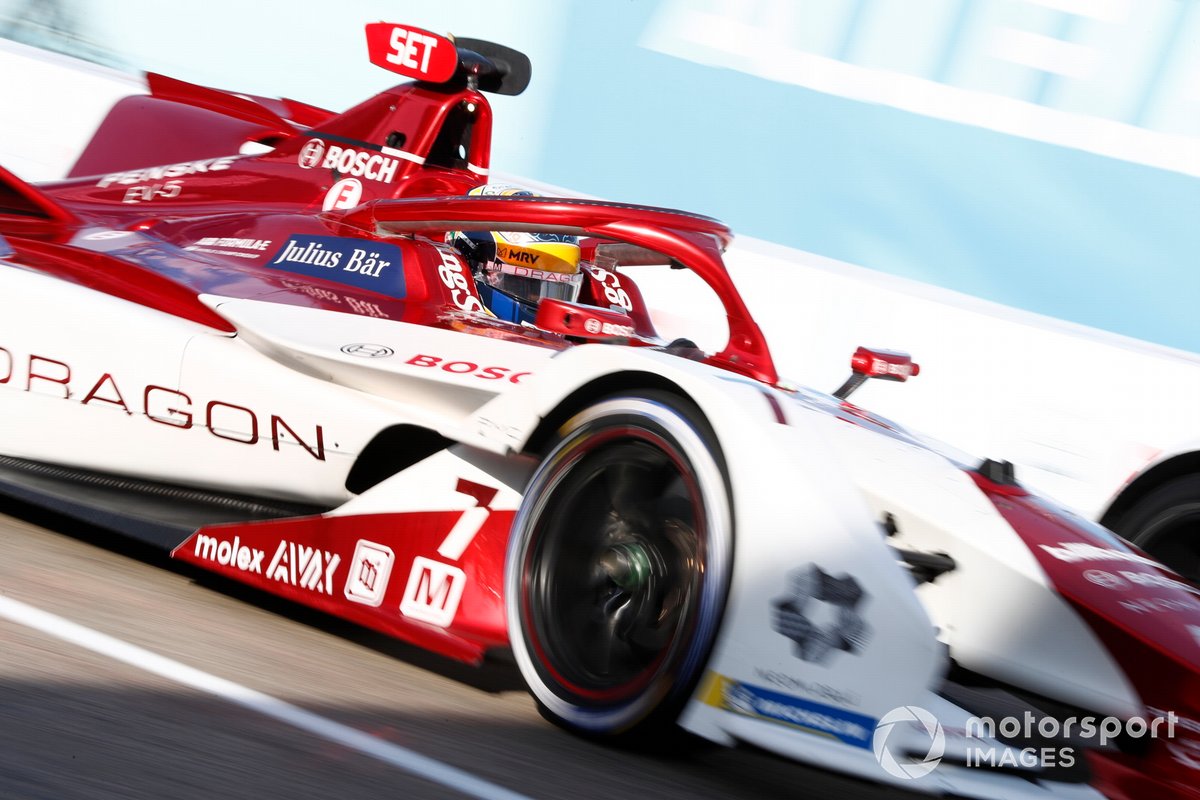 The team is expected to continue in the series for the tenure of the Gen3 regulations, with its powertrain likely to be constructed by Bosch should the technical collaboration endure.

Sette Camara, 23, said: “I am very happy and proud to continue with Dragon Penske Autosport in [2022].

“Formula E is one of the most competitive championships in the world and I will give my absolute best in every single race to obtain the results the team deserves.

“I am determined to come back strong.”

Team principal and owner Penske added: “I am very pleased to continue our journey with Sergio.

“I expect him to deliver consistent solid results.

“Sergio is a fierce competitor and I look forward to seeing him to raise the bar together this upcoming season.”

While Eriksson repeatedly expressed his desire to retain a berth on the Formula E grid, his position at Dragon Penske Autosport is yet to be officially confirmed.

However, due to contractual issues Muller was not formally announced at the team until well into pre-season testing last year.