Vandoorne only needed to finish ahead of Evans to cement the title having gone into the race with a 21-point lead, and his job was made considerably easier as Evans only qualified 13th and had work to do to make up the gap.

But the Belgian continued the imperious form he has shown throughout the year, not putting a foot wrong and bringing it home in third place to cement the title - which became second as Jake Dennis was slapped with a five-second penalty for contact with polesitter Antonio Felix da Costa at Turn 22.

Vandoorne's title triumph was also complemented with Mercedes' second successive teams' title, as it signs off from its three-season foray in Formula E on a high.

Mortara's victory was the perfect antidote to a difficult spell across the previous three races, although Venturi just fell short of battling for the teams' title, and the Swiss driver phenomenally took the lead with a scintillating dive on da Costa at the end of the second lap - and was followed through by Dennis.

He wasted no time in building a lead over Dennis, and was left relatively untroubled by the Avalanche Andretti driver in the opening laps of the race. A one-second gap by the end of lap 5 was almost up to two seconds a few laps later, and it continued to grow until a safety car wiped out his advantage.

Gunther's stranded Nissan on the back straight, after the German had suffered steering damage, required a recovery vehicle to clear it off the track and thus prompted the safety car in the middle part of the race.

After a lengthy safety car, which resulted in six minutes and 45 seconds of added time being tacked on to the end of the race, Mortara charged off at the lap 19 restart and left Dennis in his wake. 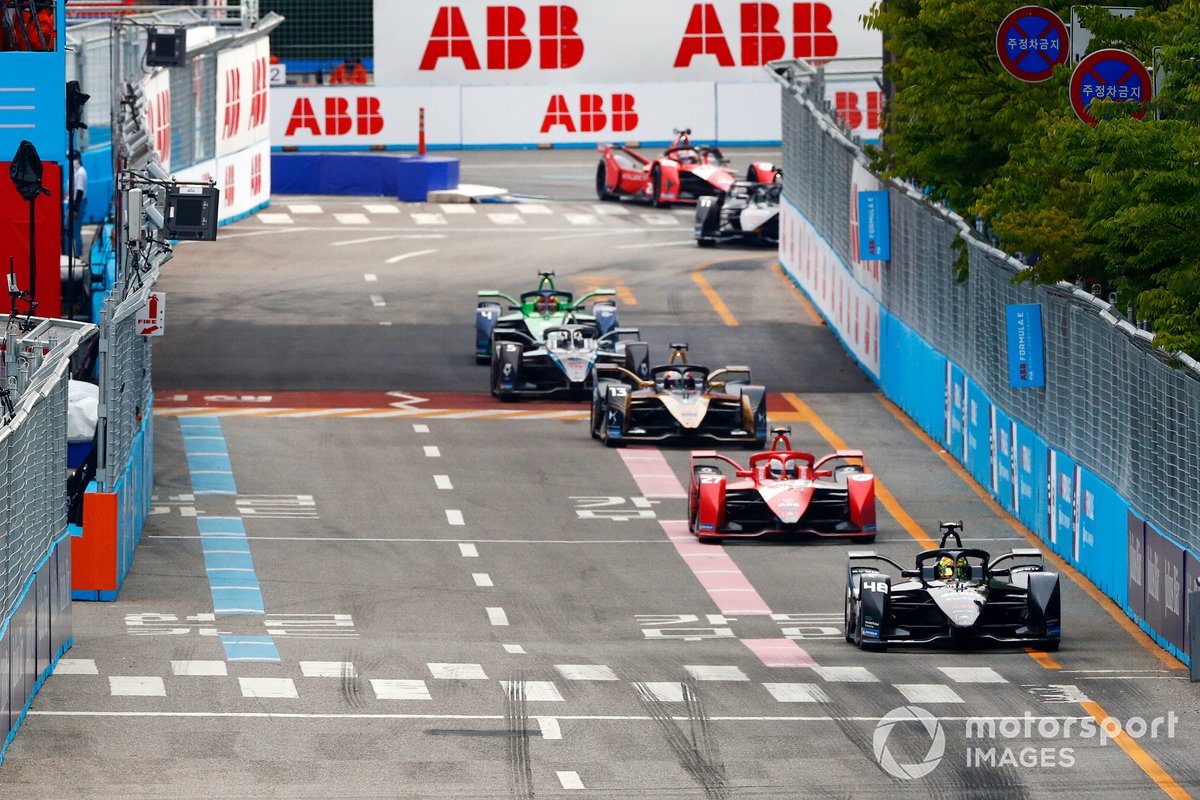 He built enough of a gap to immediately claim his second attack mode to reinstate his comfortable lead, and was helped by da Costa and Dennis coming to blows at Turn 22 - where Dennis left the front of his Andretti down the inside and tapped the Portuguese driver into the wall.

The incident was quickly thrust under investigation and, although Mortara was able to extend the gap to over three seconds, Dennis invested his energy into catching up in anticipation of a time penalty.

Dennis was duly given the five seconds in penance, which eased the pressure on Mortara and allowed the Geneva-born driver to cruise to victory in Formula E's 100th race.

Vandoorne was classified 3.7s behind Mortara, with second more than ample to cement his first championship win since the 2015 GP2 Series, having moved up a position when da Costa dropped to the back after his skirmish with Dennis.

Dennis nonetheless built enough of a gap over Robin Frijns in fourth to stand on the podium, while Oliver Askew capped off an excellent day for Andretti with fifth place - granting the American squad sixth in the teams' championship, beating next year's powertrain supplier Porsche. 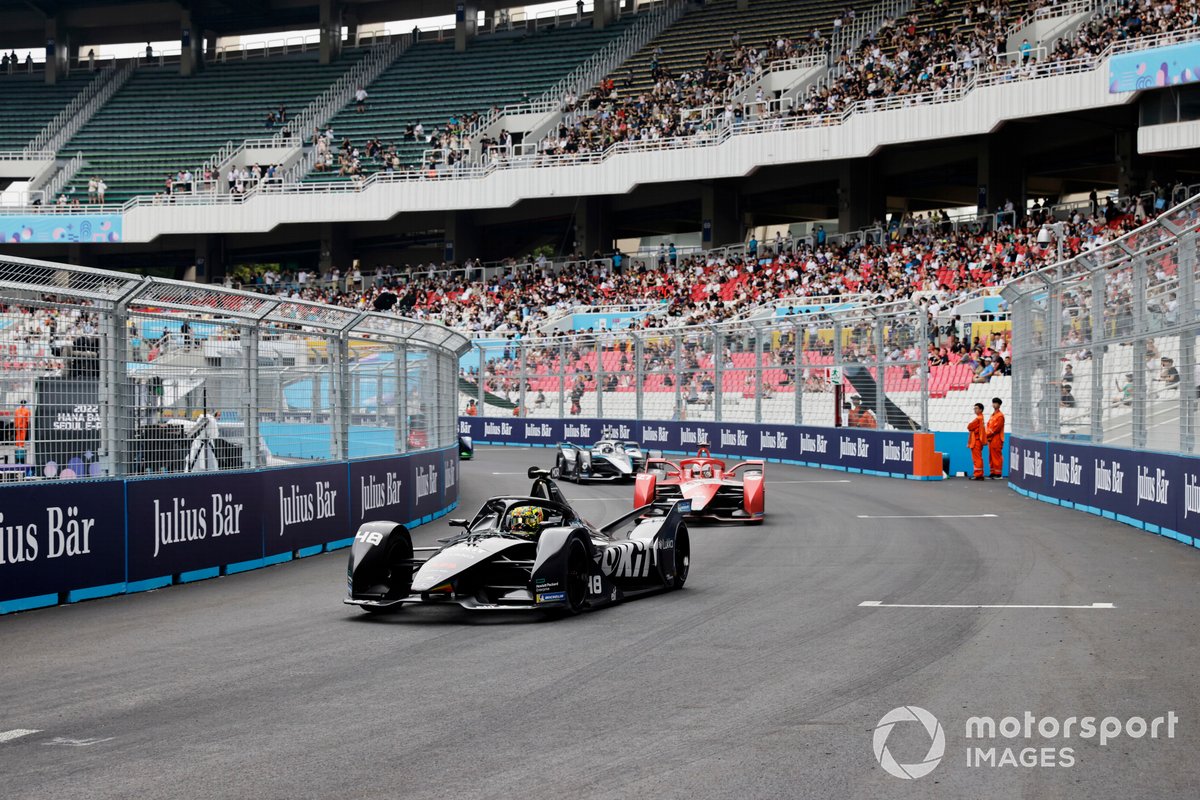 Jean-Eric Vergne was sixth ahead of Evans, who could only finish seventh after a disappointing qualifying proved fatal to his slim championship chances.

Nick Cassidy claimed the fastest lap and finished eighth ahead of Sebastien Buemi, while da Costa recovered from his Turn 22 scuffle to finish in 10th - as Sergio Sette Camara was dropped out of the points for weaving in front of Jaguar stand-in Norman Nato.

Lucas di Grassi sustained a puncture and could only finish 11th, which rocked Venturi's teams' title chances considerably, while Alexander Sims recovered from his 60-place grid penalty to end his Formula E career in 12th.