Renault e.dams driver Sebastien Buemi says he is "pissed off" and "disappointed" that it has been more than an entire year since his last Formula E victory

The 2015/16 FE champion has not won since the second Berlin race of the 2016/17 campaign last June, with second in Marrakech his best result of the current season.

His fifth place finish in Zurich last time out - where he was one of five drivers penalised for infringing the full course yellow regulations - marked a year to the day since his most recent win.

"But working harder than ever and I hope that next year is a comeback. We're working hard, I tell you."

He admitted that "we don't have the speed to win a race" at present.

"We have the speed to finish on the podium, and when we don't then [it means] we didn't extract the most out of the car," he added.

Buemi felt he could have scored a third place finish without the FCY penalty in Zurich, but accepted that race winner Lucas di Grassi's Audi was out of reach.

"It could have been such a better day without that penalty," Buemi said. "Somehow I felt like I was not too bad in the race.

"We knew the day they would sort their issue they would be quick - they are quicker than us." 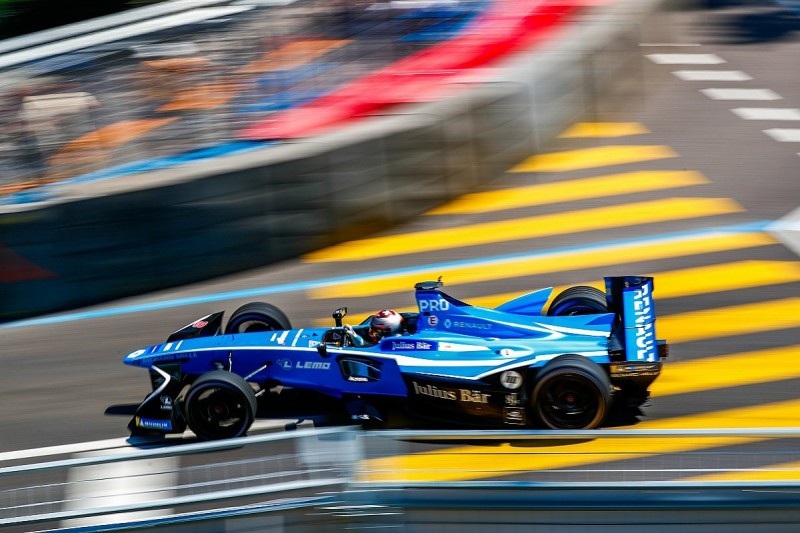 'Many ways' for FE weekends to go wrong

Renault boss Jean-Paul Driot has called on his team to secure a 2017/18 season win to get back to "where it should have been" after dominating FE's first three seasons.

Buemi has not qualified on the front row since the Santiago round in February and has failed to reach superpole for the last three events, although he has made progress towards the front in those races.

The Swiss driver highlighted the need to have a flawless run throughout an FE race day if Renault is to finally get back to winning.

"It's not easy from qualifying to the race with the level that we have now in the championship to constantly be at the top," he said.

"You have to make sure that you have a good qualifying and then that everything from lap one to the finish lap is going perfect.

"Now the pitstop [without a minimum car swap time] is also something big that we didn't have in the past.

"There is many ways to not get a weekend [result] out of the day.

"It's important to focus on all the small details and make sure we nail them properly."