That meant battery-temperature management was critical to making it to the end of the race, with all teams in danger of reaching the 72C threshold that causes power shutdown on the Gen2 battery.

Bird said having to bear that mind, as opposed to the usual need to manage energy levels, made the race "different, it was strange".

"I could manage the energy OK but it was just the battery temperature that was critical and difficult," he told Autosport.

"But the team managed it very well - they kept me calm, told me what to do and I think we managed it perfectly.

"Pascal ran into issues before me - we pre-empted very nicely."

When asked if he got close to reaching the 72C battery temperature mark, Bird said: "[I] didn't hit it, but it was close.

Bird is now the only driver to have won a race in each of FE's five seasons so far - only Lucas di Grassi is capable of matching him on this front. 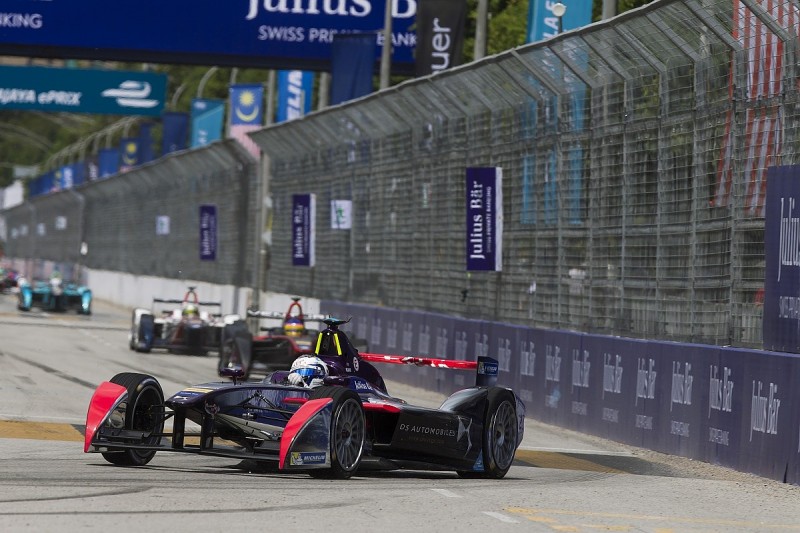 He also raced in the championship's previous hottest race in Putrajaya in 2015, and said the two events were similar "in respect that the track was braking up" and "that the temperature was really high".

"It just made it very difficult," he added.

"It was a race of attrition - really. Rather than a race for outright speed. It was just a case of being intelligent and trying not to make any big mistakes.

"The sim work that we've done has been mighty. It's really helped us [in Santiago]."