Nissan e.dams driver Oliver Rowland has revealed the full extent of his communication and software issues that led to his poor start from the front row for the Puebla E-Prix.

The Brit bagged second on the grid with his superpole run, having progressed from a group two flying lap, but fell short of pacesetter Pascal Wehrlein by just 0.058s in qualifying.

But in the race he quickly dropped to 14th place when he bogged down off the line, which forced fourth-starting Jean-Eric Vergne to take immediate avoiding action.

Rowland revealed the cause of his poor start, which had initially hampered his burnout.

He told Autosport: “At the start, it didn't rev. It just didn't go.

“You saw that I went forward a bit and then I did a burnout a little bit after. Not straightaway.

“And then when I did the start, it did the same thing.” 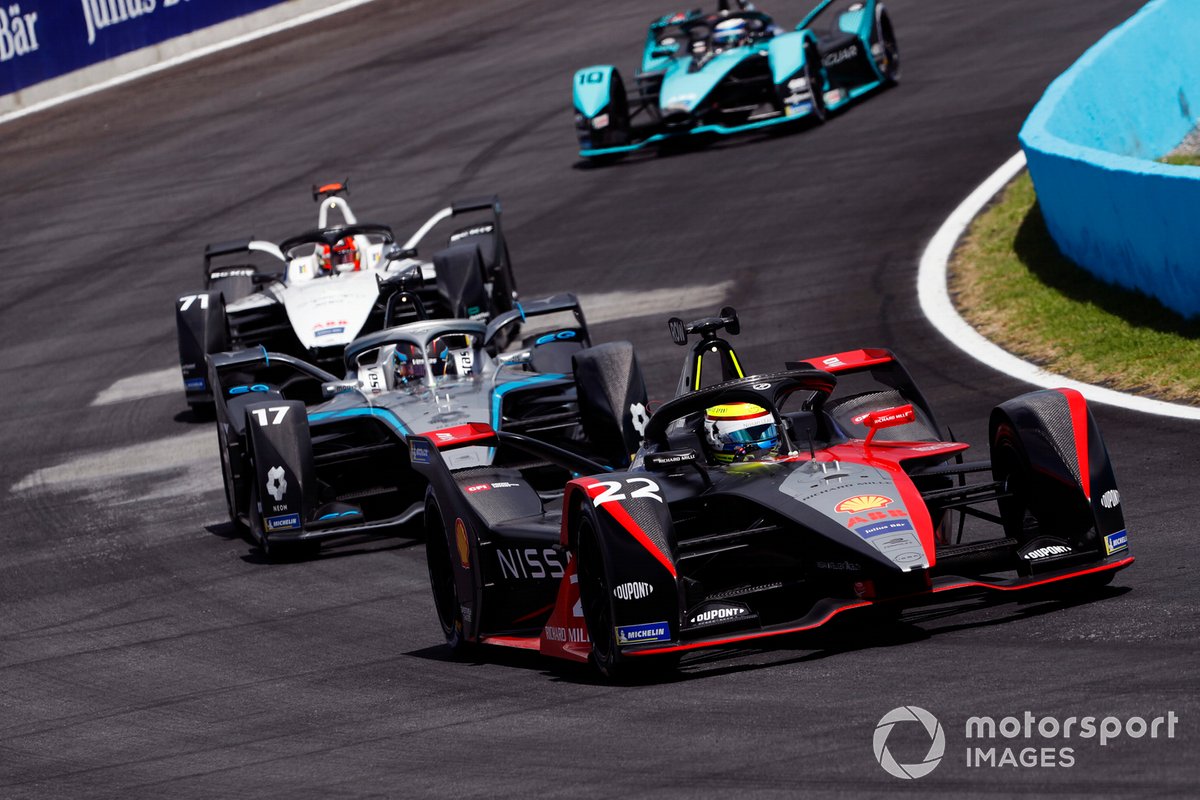 Rowland was hampered throughout the race by a radio failure that meant he had no communication with the pitwall, an issue that the team had identified long before the grid.

This meant he was unable to feedback exact energy levels and was without strategy advice on when to take attack mode - which he was then subsequently unable to activate.

Rowland continued: “I knew I had to manage the race before I started, which made it a bit easier.

“I had no communication in the car at all and I couldn't take attack mode, I had nothing.

“I didn't know about it but [the team] had seen the problem a long time before the race, they were trying to fix it.

“But I didn't know until I got in to got the grid and my radio didn't work and they said 'Oh, we will try and fix it on the grid'.

“And then I realised when I got to the grid that it was a bit more serious than just the radio that wasn't working."

Rowland and team-mate Sebastien Buemi plus on-the-road victor Wehrlein and his Porsche team-mate Andre Lotterer were all disqualified after their teams failed to report the specific tyres selected on their technical passport.

Despite this, Rowland rued the poor start which had denied him a chance to be “a hero”.

He said: “I did everything OK. The start was obviously a mess.

“It's a shame I didn't get to race at the front.

“Had I been able to manage everything at the front without any help, I would have been a bit of a hero.”