The Dutchman has driven for the team since the beginning of the 2015/16 campaign and finished this season 13th in the points, seven places ahead of team-mate Antonio Felix da Costa.

It is understood there are complications relating to Frijns, who is a factory GT driver for Audi in the Blancpain GT Series, and his contract with the Andretti squad - which has been working with BMW in the series since early 2016 and will run its manufacturer entry from the 2018/19 season.

"I'm an Audi driver in the GT world and I'm driving for Andretti; I was signed by Andretti [before it linked up with BMW].

"The team is really happy with my performance and how I work but it's complicated.

"I'm looking around, I have to.

"You want to get things done early, around March time so this has been a difficult situation really." 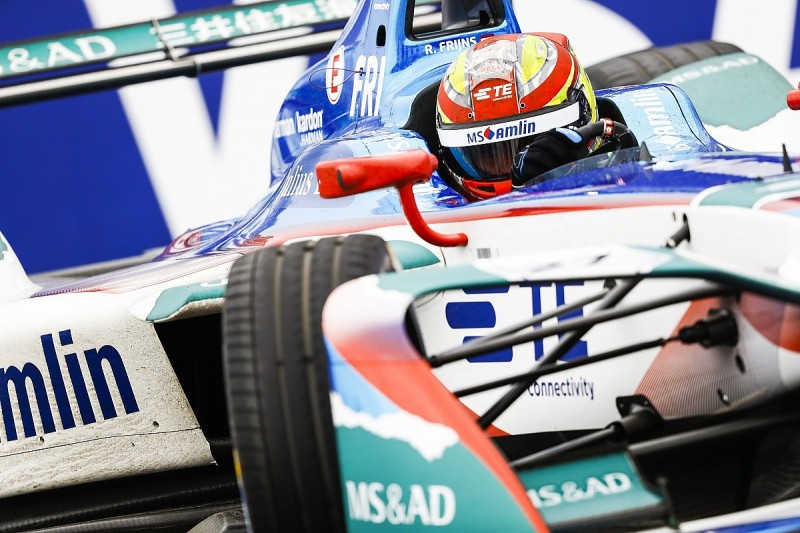 Andretti team principal Roger Griffiths told Autosport a decision on Frijns' future with the squad for next season would be made by Andretti rather than BMW.

"We haven't finalised our driver line-up yet," said Griffiths.

"There has never been a problem to be honest [with Frijns' Audi contract].

"It's been clear that Robin's primary programme has always been Formula E and Michael [Andretti] allows him to do the Blancpain series and its always worked fine.

"As far as season four goes the call on the drivers is ours."

Frijns' situation is complicated further by a scheduled operation that is set to take place on his injured right knee next week, which will preclude him testing for any potential new team until September at the earliest.

Should Frijns lose his Andretti seat, the team's official reserve driver and BMW factory driver Alexander Sims could be placed in the team.

Sims is helping to develop BMW's powertrain for the 2017/18 season.

Why FE must learn from F1's boom and bust