Renault e.dams' preparations for the 2017/18 Formula E season were boosted by having a "completely different" testing team, according to Sebastien Buemi

FE powertrain manufacturers get 15 days of private testing in addition to the official pre-season test that features all 10 teams, and Renault gets an extra allowance because it supplies a customer team in Techeetah.

Teams are currently splitting their resources between the upcoming season and 2018/19, when the motor/inverter/gearbox package will need to last an entire race distance for the first time and qualifying and race power will be increased.

Buemi told Autosport that e.dams had been restructured for testing because it lacked the manpower of rival teams such as the new fully-works Abt Audi effort.

"We improved our testing crew," he explained. "It's a completely different crew now.

"It was a small team, it's getting bigger and bigger.

"Audi is so much bigger than us, we are maybe 25 people altogether.

"We had to set a team up for testing so those guys have done a lot of work trying to organise ourselves in regards to season five, when the championship is getting bigger and going to improve.

"I felt like we worked on small details, software, diffs, hopefully things that will translate into a bit of lap time and help the driver.

"Those cars are so unpredictable, so difficult to drive at the limit, it helps you not to do too many mistakes.

"It's about more than just pure performance." 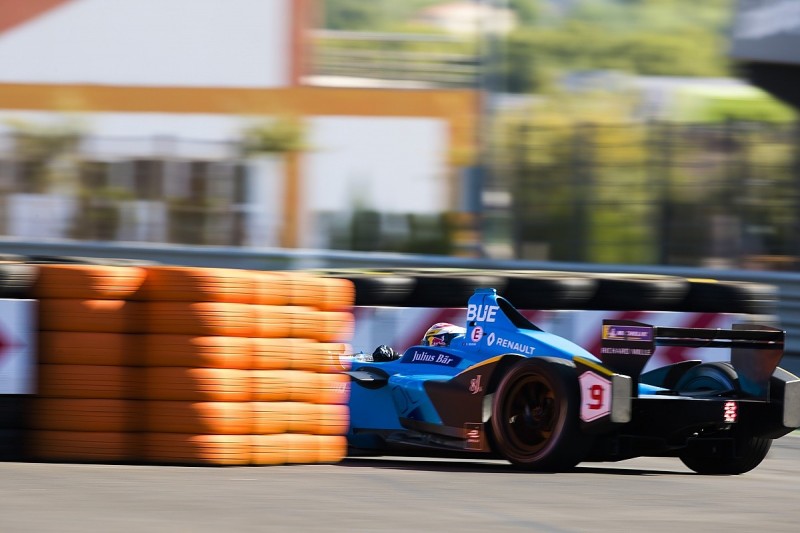 Renault has openly admitted most of its focus has been on the powertrain for 2018/19.

Buemi added he was therefore not expecting Renault to make a significant technological step this season.

"We are one of the only teams that didn't re-do everything," he said.

"We've kept the same kind of casing, electric motor and everything from season two.

"We didn't do a new crash test like most did, we didn't really improve the car, we focused on other things and switched a lot of focus into season five.

Renault's FE team will be taken over by Nissan for 2018/19, after a decision from the Renault-Nissan Alliance to move its Japanese brand into the series.

This means Nissan will benefit from the extensive development work Renault has put into the 2018/19 powertrain, while Renault turns its resources to its Formula 1 team.