Rene Rast "deserves a whole year" in Formula E based on his performances in the six-race Berlin 2019-20 season finale, according to Audi team-mate Lucas di Grassi

Double DTM champion Rast replaced sacked driver Daniel Abt for the Tempelhof Airport rounds earlier this month, achieving a third and fourth-place in the final double-header.

Audi's impending exit from the DTM could leave Rast without a flagship drive next year, although he is widely expected to retain the FE seat next season.

Audi FE ever-present Di Grassi reckons Rast would be "a great addition to the team" based on the two drivers' similar feedback.

He told Autosport: "[Rast] was struggling in the first two races [10th and 13th] but in the last two, which was less energy demanding, he did a very good job.

"He was always quick, so it's good to have his input in the car.

"His feedback was very similar to mine so we got along very well.

"What he wanted from the car is very similar to what I've been asking Audi for a long time now, so it just confirms the direction I've been pushing.

"Rene also thinks it's the same direction, so that's also very good because it does not create any conflict.

"I will be more than happy to have him as a team-mate for next season if that's Audi's choice, I don't know exactly how everything is going to go.

"I have no information of how Audi is going to do it for next season so it's just that if Rene is in the team, he's a very good addition.

"He's a very good driver, very clever, experienced and I think he deserves a whole year at least.

"He proved in Berlin that he can be very competitive." 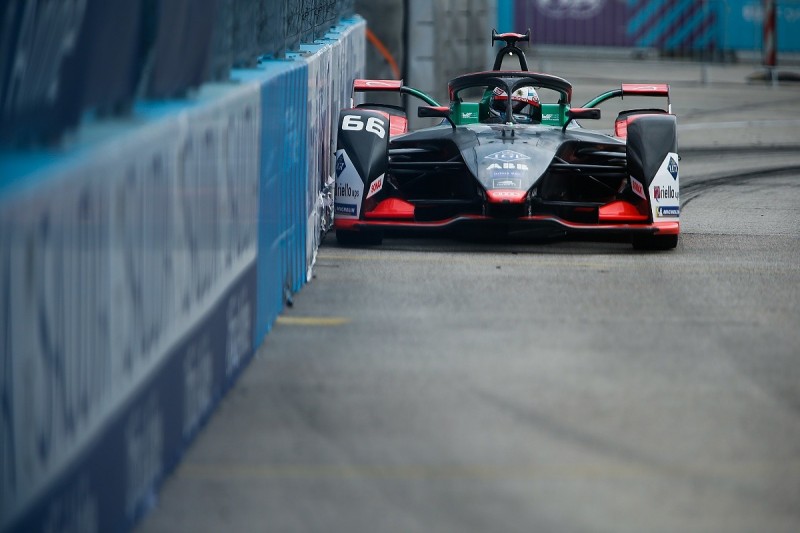 PLUS: Who flew and who fumbled in FE's Tempelhof tussle

Rast already contested an FE event in the German capital - on the Alexanderplatz street circuit - in 2016, having been drafted in by the Team Aguri squad for the 2016 race.

He was a late replacement for Antonio Felix da Costa with the newly crowned series champion facing a DTM fixture clash. Rast retired after contact with Bruno Senna.

Di Grassi said that Rast's extended runout in the recent finale was "very favourable" for a relatively inexperienced driver coming into the all-electric championship.

"Imagine if it was a normal season," added di Grassi. "It takes a long time [to acclimatise] in different tracks, different energies, different types of race.

"In Berlin, you had one constant. You were there, it was a lot of time to analyse data, to learn, to do the same again at the same track, so it was a perfect [environment for a] debut [with Audi].

"I think the situation with Rene is very favourable and I would really enjoy if he joins as a team-mate.

"It would be for me I think a big step up to try to learn more and having different perspectives and different ways to compare my data."

Who flew and who fumbled in Formula E's Tempelhof tussle