The Brit lined up second for the first race of the Mexican double-header alongside Porsche’s disqualified on-the-road winner Wehrlein but claimed the German’s scalp on Sunday.

After progressing through from a composed group three run in which he complained of a lack of rear grip, Rowland moved into the superpole shootout and overcame a messy first sector.

Rowland, also disqualified on Saturday for his team not declaring his tyre allocation, then delivered the best second sector of the session to bag pole by 0.192s over Wehrlein.

Wehrlein also appeared to make a small error on his last run, sliding wide through Turn 15 and clipping the edge of the marbles but he still vanquished Edoardo Mortara.

No one else had an answer for the Venturi Racing driver’s final sector, meaning the Swiss driver will line-up where he finished in the Saturday event.

Two-time champion Jean-Eric Vergne will start the race fourth after Mahindra Racing’s Alexander Lynn had his superpole lap thrown out for a technical infraction to start sixth.

Dennis had topped the group session and was last to run in superpole, but he suffered a huge lock up in Turn 11, albeit still making the effort, but then was all out of shape through Turn 12 to wind up 0.575s off Rowland’s benchmark.

A group four run from Sebastien Buemi was not enough to progress into superpole alongside Nissan e.dams team-mate as he clocked the seventh fastest time, missing the cut by 0.2s.

But following a change of motor, invertor and gearbox ahead of the first Puebla E-Prix to resolve a persistent pace deficit in 2021, the 2015-16 champion still showed a marked improvement over setting just the 21st fastest time in qualifying on Saturday.

Envision Virgin Racing driver Nick Cassidy, sporting a new tub after his team worked through until 0300 to repair the car after his lap-one wall tap, flew to a sound eighth.

Meanwhile, NIO 333 pounced on a group four start for Tom Blomqvist and used the pronounced track evolution to good effect as the Anglo-Swiss driver scored ninth.

Andre Lotterer’s weekend-long lack of affinity with the low-grip Miguel E. Abed circuit persisted as he rounded out the top 10, his group run six tenths adrift of team-mate Wehrlein. 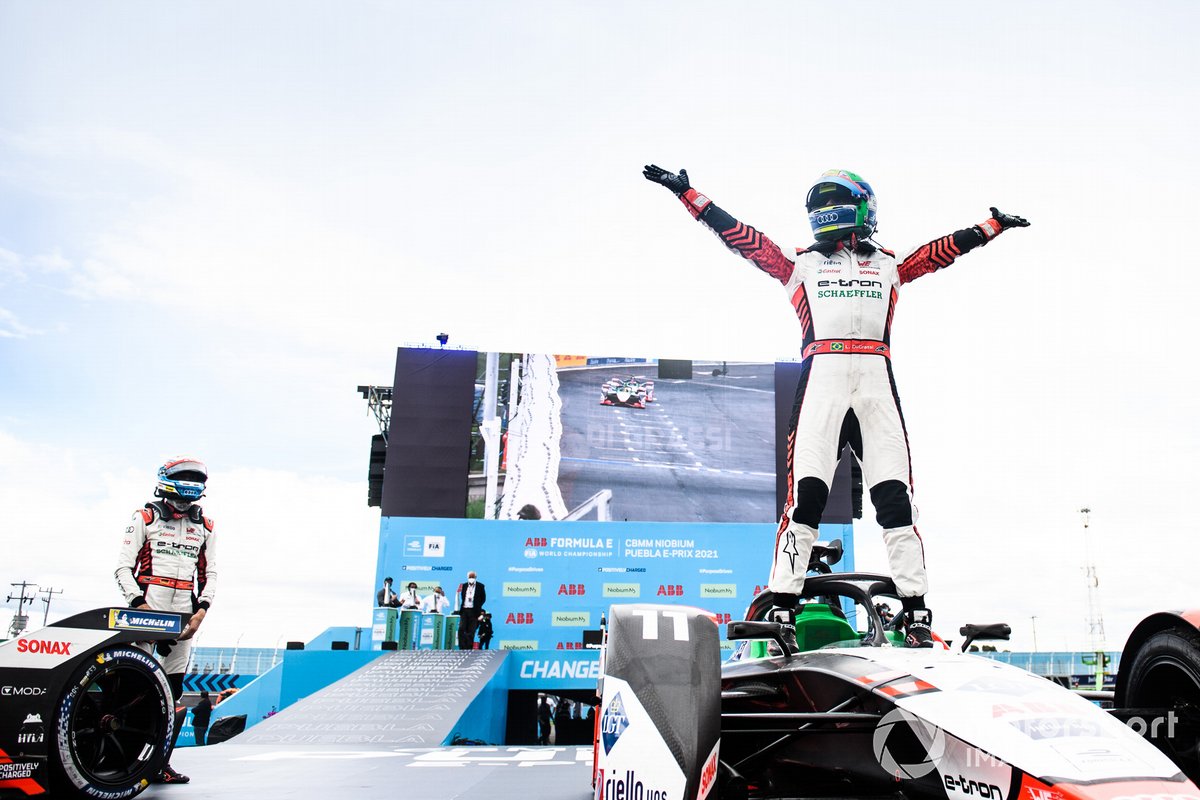 Saturday race winner di Grassi finished as the best works Audi in 13th, eclipsing Alexander Sims and Sam Bird, the Brit losing masses of time when he locked the rears into Turn 1 and was sent over the marbles and the damp patches of asphalt.

Group one again proved a source of squabbling for track position and high-profile mistakes.

After all the points leaders missed out on the top 10 ahead of race one after dicing for track position on their warm-up lap, similar strategy again led cars to trip over one another.

Mercedes driver Stoffel Vandoorne launched past Antonio Felix da Costa on the run into Turn 1 of their flying laps, with the DS Techeetah racer then nosing the rear of his rival.

That in part contributed to Vandoorne not setting an outright fastest sector, but the woe of his competitors allowed him to piece together what was a lap strong enough for provisional pole.

He was 0.020s up on Jaguar Racing driver Mitch Evans, but the top six were soon shuffled down by the track evolution for group two, as Vandoorne fell to 17th.

Robin Frijns was a casualty of the congested run. The Dutch racer clawed a 0.2s advantage from the first sector alone but that then closed him to the pack into a queue were he lost time.

The points leader will start just 21st, ahead of a disrupted run for da Costa.

Rene Rast, who finished runner-up to team-mate di Grassi on Saturday, set a lap some 3s adrift after he touched a white line at Turn 4 and ran over the grass.

But, to no real effect, he had his lap time completely deleted after being adjudged to have rejoined the circuit at Turn 5 in an unsafe manner.