Lotterer was a guest at the inaugural FE season's final round in London in 2015, when he was racing for Audi in LMP1, and suggested he would not be interested in racing in the category because it was "political" and a "philosophy".

He switched to Porsche's LMP1 programme when Audi withdrew from the World Endurance Championship at the end of 2016, and secured a drive with the independent Techeetah FE team for 2017/18 after Porsche announced it would leave the WEC after this season.

Porsche will join FE in 2019/20, along with Mercedes, while BMW and Nissan are entering in 2018/19 and manufacturers including Jaguar and Audi already participate.

"At the beginning of course, I think like everyone I didn't see the bigger picture," Lotterer told Autosport.

"I was a bit surprised by it, and combined with the really nice situation I had, being at Audi and then Porsche, one of the dream jobs you can have in motorsport, I never really considered leaving that.

"The world is changing so this is the place to be for the future.

"A lot of top drivers are here, it is super competitive, a lot of smart guys and everything has become better.

"You see a lot of manufacturers coming in so for us it means a professional environment as well, so it was actually my choice to make the first phone calls to find a seat." 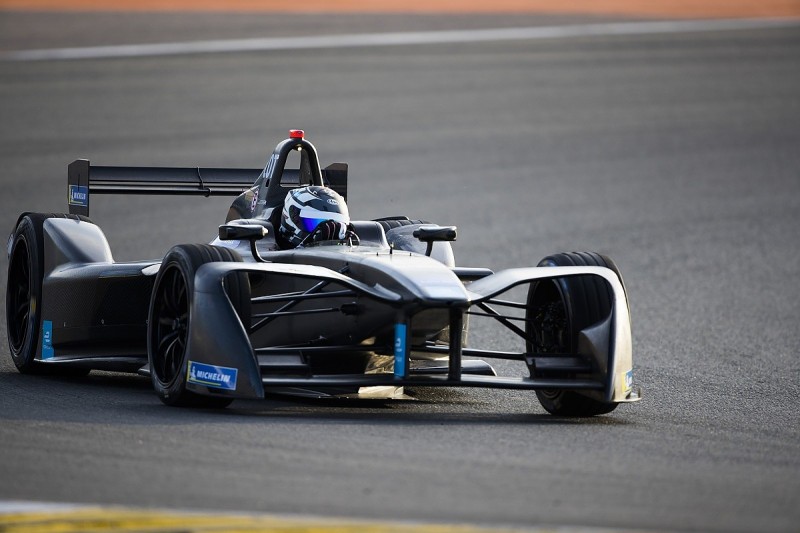 Lotterer said the level of professionalism meant he had to be "very realistic" about his debut in Hong Kong next month.

"The first race is going to be difficult, everyone is up to speed and I am not," he said.

"No one is sleeping, so you see a lot of teams that are going to step up and some teams find more potential.

"We are a private team and we are fighting against some big structures that have a lot of resources back home, especially like Audi - I know what they can do.

"The target is to be competitive throughout the middle of the season and hopefully win some races."

Autosport understands Lotterer was in touch over the Techeetah drive before the end of the 2016/17 FE season, but could not drive an FE car until official pre-season testing in October.

That meant he committed to joining the category without sampling the car.

"There is a lot to learn at the same time, I know I am going to have to have some learning process at the beginning which is OK.

"It is up to me to make that as short as possible."

London 'keen' on Formula E return despite lack of progress