Porsche has become the fourth Formula E manufacturer to sign up to the championship’s new Gen3 rules that will be in play until the end of the 2025-26 season.

Only two races into its second season in the championship, with two podiums and a pole position scored so far, Porsche has pledged to participate in Formula E for a further four years.

It becomes the fourth automotive manufacturer - alongside Mahindra, DS Automobiles and Nissan - to back the new rules cycle as the grid for Gen3 begins to take shape.

PLUS: What Nissan's commitment to Gen3 reveals about Formula E's future

“From our point of view, it offers the most competitive environment to advance the development of high-performance vehicles with a focus on eco-friendliness, energy efficiency and sustainability.

“The previous season confirmed this, despite the raft of pandemic-related restrictions.

“It was important for us that the DNA of Formula E, which has made the championship so successful, was preserved. That’s happened [with Gen3].

“At the same time, we see potential to take Formula E to the next level from a sporting and technological point of view.” 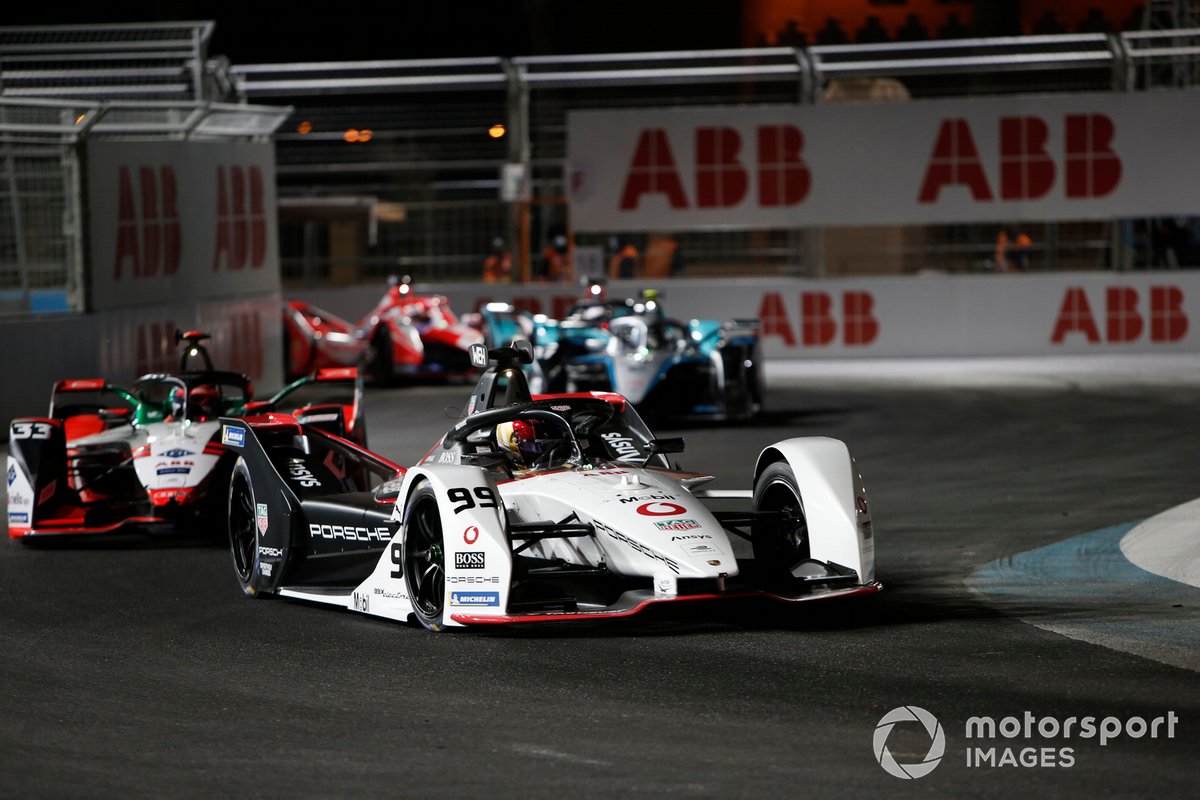 This commitment to the electric championship comes despite the German sportscar firm recently placing a “huge investment” in the development of synthetic fuels.

The Gen3 rules, that will be introduced for the 2022-23 season, will mark the advent of in-race rapid charging pitstops of up to 600kW.

Other major increases to the cars’ technical capabilities include a large gain in regenerative braking capacity, up from the current 250kW per lap to 600kW.

Car power will also rise to 350kW, the equivalent of 470bhp, while lighter batteries and smaller vehicle dimensions will contribute to a total 120kg weight reduction.

FIA president Jean Todt, who recently appeared on the Porsche ‘Inside E’ podcast, added: “I’m glad that Porsche has committed to the next era.

"Lighter, more powerful, with faster charging, the Gen3 race car will further establish the discipline as the pinnacle of electric racing.

“It’s also the confirmation that Formula E is the right platform to promote manufacturers' expertise.”

Porsche was involved with discussions with Formula E and the FIA when it came to the formation of the new rules.

Manufacturers have until 31 March to register for the Gen3 regulations, although it is understood that this has evolved to become a soft deadline as Formula E works to maintain its current 12-team capacity.

Mercedes is expected to announce its participation for Gen3 ahead of a major logistical restructure that will consolidate its Formula E operations in Brackley.

McLaren Racing, meanwhile, has signed an option that guarantees it a place on the grid following the winter announcements from Audi and BMW that they would quit at the close of the current 2021 campaign.

PLUS: Why Audi and BMW have pulled the plug on Formula E

For manufacturers who do meet the 31 March cut-off, they are expected to receive earlier access to the FIA’s bank of data from Gen3 suppliers Williams Advanced Engineering (battery), Spark Racing Technology (chassis) and Hankook (tyres).