Tom Blomqvist says the NIO 333 Formula E team “surprised a few people” in the paddock with the massive step in performance it made coming into the 2020/21 season.

After failing to score points in what was its worst campaign in Formula E in 2019/20, the NIO 333 team bounced back strongly in the season opener in Riyadh in February to catch the attention of its rivals.

Oliver Turvey scored points in both rounds of the double header, managing a best finish of sixth in Race 2 - NIO 333’s best result since the 2018 Berlin E-Prix.

New recruit Blomqvist was also set for a top 10 result after breaking into superpole, but NIO 333’s hopes of a first double points finish in the Gen2 era were wrecked when the British driver was hit by BMW Andretti’s Maximilian Gunther.

Nevertheless, the Chinese-owned outfit sits 10th in the championship heading into this weekend’s Rome races, ahead of race-winning teams Mahindra Racing and BMW Andretti. 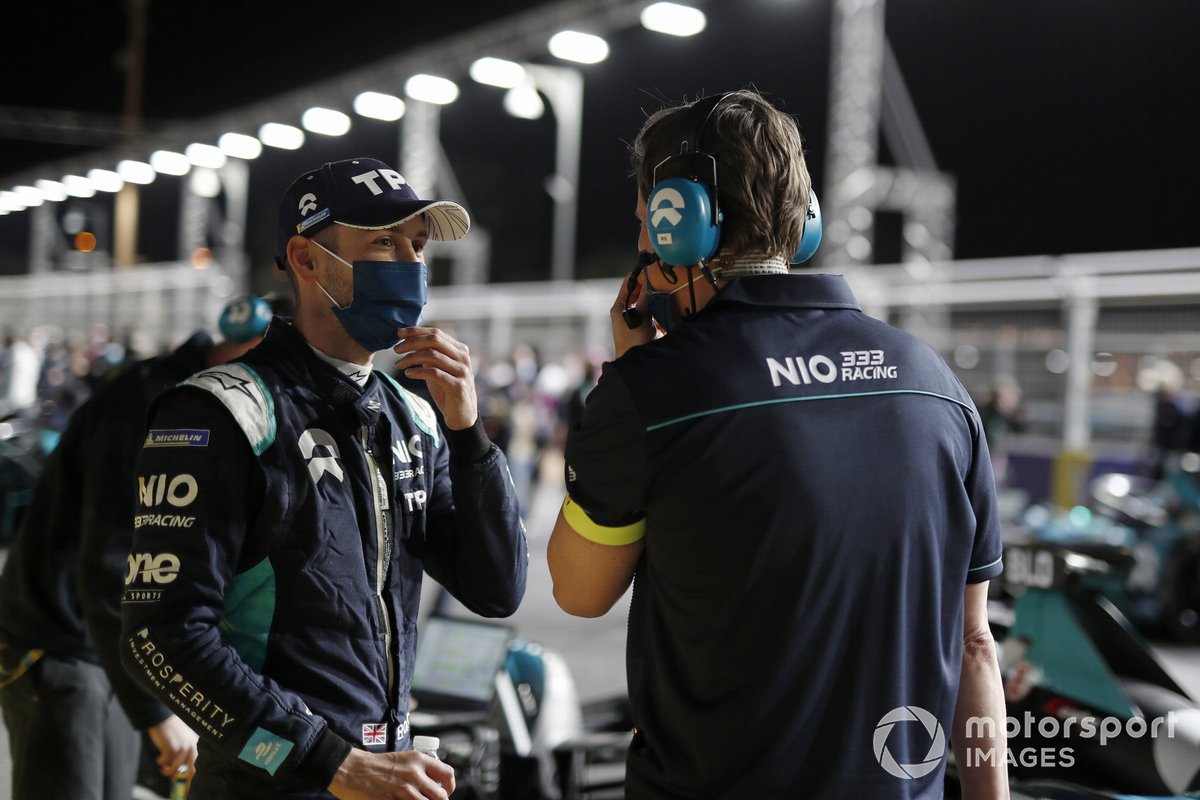 Blomqvist, who is contesting his first full Formula season this year, said the NIO 333 staff worked their “backsides off” over the winter and sacrificed the 2019/20 season in order to build a brand-new powertrain for this year.

“I think hopefully we surprised a few people,” the British driver told Autosport when asked how the paddock reacted to NIO 333's turnaround in performance in 2021.

“The team itself have been working backsides off, working super hard. So, we obviously knew we made a big step forward, that’s what everyone’s been working so hard to do.

“So, it was really cool to see everyone. I can hear on the radio when we were doing superpole, all the claps. For sure it was cool for the guys, the mechanics [and] everyone to basically have the cars at the front of the field.

He added: “I would say they compromised the [2019/20] season a little bit to get ready for the new powertrain and so on for this season.

“They put in the effort to basically try and improve the areas. They knew for example they had a weak powertrain last season.

“So, obviously there was nothing they could do there, so they had to focus on other areas and build upon that.

“Now we know we’ve got a competitive powertrain, we have to focus again on weaknesses and keep building those areas."

Blomqvist feels NIO 333 now has a package to become a regular points contender in Formula E but stressed that several external factors will come into play for the Chinese team to consistently finish inside the top 10.

“We are going to go to every race and obviously the goal is to get points, that’s not a question,” the 27-year-old told Autosport.

“If we can qualify well then yes, we have the chance to score points for sure, but it’s not a given that every weekend we should be getting points.

“I believe that the car is definitely capable of getting into the points regularly. We just need to be optimising everything and we should be picking up some small points here and there.

“It’s not going to be easy for sure because we still got work to do to improve our performance over the course of the race."