NIO 333 admits there is a “certain element” of disappointment in the team being last in the Formula E standings despite the leap in performance it has made this season.

The Chinese-registered outfit has scored points in five of the nine races held so far this year, with Oliver Turvey’s sixth place finish in Riyadh marking its best result of the Gen2 era.

With six races still to run in 2020/21, the team has already exceeded its combined points tally from the last two seasons.

However, it still sits firmly at the bottom of the teams’ championship in 12th position, 24 points behind the next-placed Dragon Penske outfit which has been inside the points only three times this season.

Chief technical officer Duncan Laycock says NIO 333 can be pleased with the step it has made in 2021 after its nadir of last season, but was expecting the squad to be placed much higher in the standings going into this weekend’s New York double header.

“Yeah there’s a certain element of that,” Laycock told Autosport when asked if it hurts to see NIO 333’s performance not translating into a more favourable championship position.

“We definitely set our hopes higher than that but if you look at the number of winners there have been so far this year and if you look at how close the qualifying is, I think we can be proud of what we’ve achieved just because it’s become ultra-competitive and all of the teams have closed up, and the time covers the entire grid is really quite small.

“Yes, we’d like to be higher placed than we are now. Our original aim was to score some points that we’ve achieved but given our early performances in the year we’ve raised our expectations and we would like to move up - whether or not we manage that or not remains to be seen.

“I think the good start to the year definitely reset our goals for the remainder of the year.“

Despite the considerable points gap to Dragon Penske, Laycock believes NIO 333 can still move up the order in the final part of the season, pointing out how Venturi’s Edoardo Mortara climbed to the top of the drivers’ standings from 11th in the space of two races after a win and a third place in Puebla. 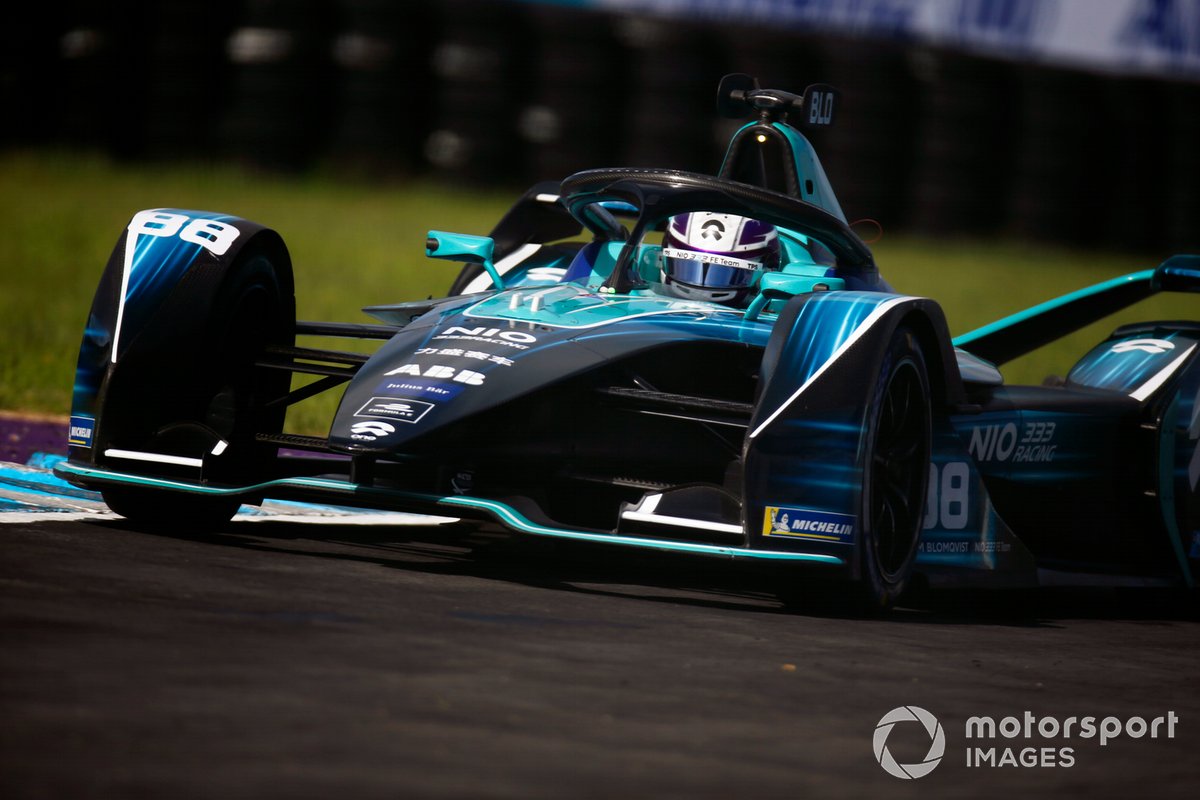 “You can see from Venturi’s weekend in Mexico,” he said. “It’s not like there’s anybody that’s a runaway leader. You can get two podiums and suddenly you find yourself leading the championship.

“So with a couple of good results we can make some big steps up the championship and that’s how Dragon has found themselves so many points ahead of us. They have had a couple of opportunities, Riyadh being the main one.

“They definitely maximised when others were failing and therefore they got a big points haul.

“People seem to have got their acts together now so it’s a little bit more status quo in the pecking order but we are still hopeful we can take advantage and increase our performance and we can make a step.”

NIO 333 introduced a sizeable update in Puebla last time out but felt its results at the Mexican venue were “not necessarily reflective” of where it should be in the pecking order.

Laycock says the team is slowly but steadily inching closer to being a regular points finisher and scoring a first podium under its current ownership.

“From the seasons before where the team was effectively a number of seconds off the back of the pack, we’ve definitely managed to put ourselves in the mix where we are regular midfield, occasional points scorer and our plan is to be regular points scorer and edging towards that ever-elusive podium,” said Laycock. “That’s where we’d like to be.

“I don’t think we can put the car on pole without advantageous circumstances, but we can get ourselves into the top 10 on merit alone.“

NIO 333 will relocate to a new facility in September at the conclusion of the current season, as part of its plans to bring its entire UK-based staff under one roof.

Earlier, its workforce was split between a workshop in Donington Park and an innovation centre in Oxford.