The German slinked through into the lead with eight laps to go when Cassidy and Vergne ran out of steering lock as they battled for position to score his third series triumph.

It also marked something of a home victory for the German-American BMW Andretti squad, with Guenther climbing from fourth on the grid to bag the spoils by a little over two seconds.

Polesitter Cassidy had looked in control for much of the opening two thirds of the race for Envision Virgin Racing, managing a gap a little over a second, albeit down on energy.

The rookie held his position into Turn 1 as third-starting Alex Lynn sought a bold pass on Vergne by trying it around the outside to then gain the inside line for the Turn 2 switchback.

But Lynn was delayed and forced to rejoin the train down in fifth, which promoted the Nissan e.dams machine of Sebastien Buemi to third as the leaders fell into something of procession.

DS Techeetah driver Vergne, who clinched both of his Formula E titles at the circuit in the Red Hook region, was the first to dive for his 35kW attack mode activation at the hairpin.

But with Buemi following suit in third, they resumed in the same positions to maintain the status quo as Cassidy looked solid up front before being instructed to take his attack mode.

He moved off-line a lap later, holding on to the lead by a narrow 0.4s as race engineer Stephen Lane gave the first call for the Kiwi driver to begin saving energy over his rivals. 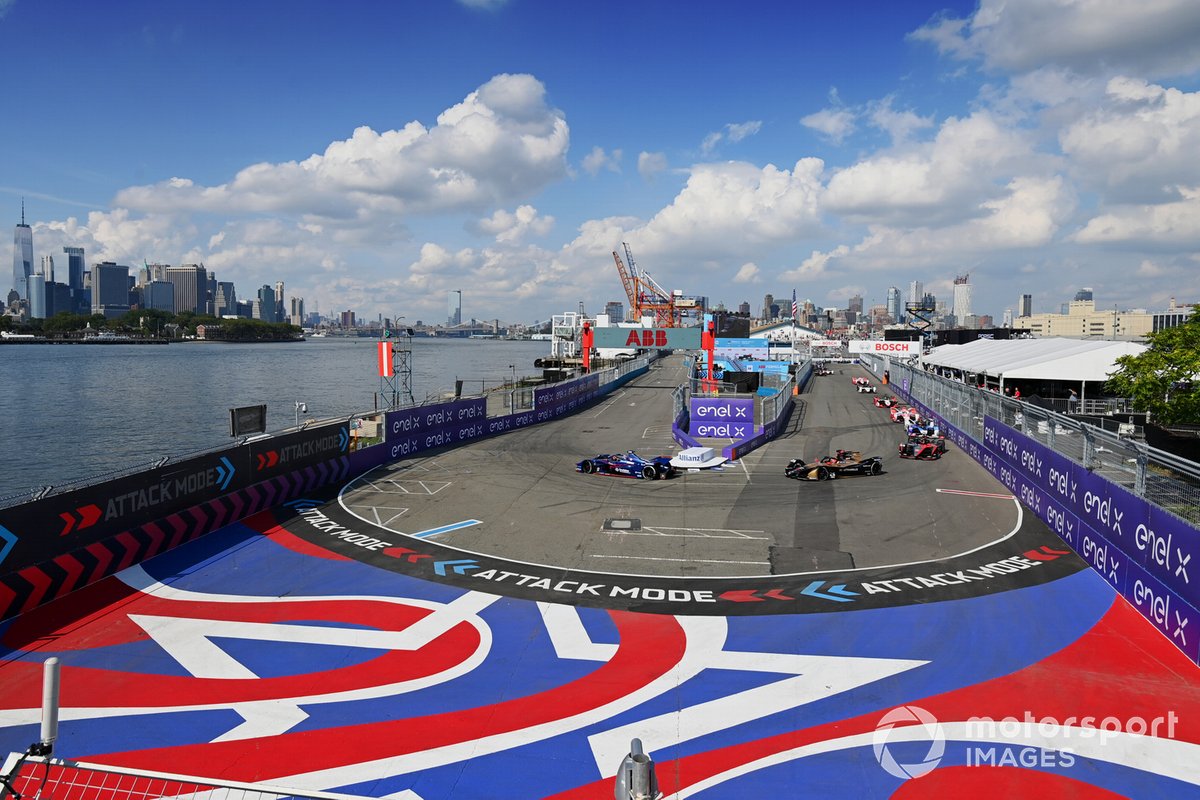 But the Super GT and Super Formula champion was soon given respite by a full-course yellow interlude called when Jaguar Racing driver Mitch Evans had to retire.

His car lost drive exiting Turn 1 and although he pulled off line, race director Scot Elkins neutralised the race for less than a minute - meaning he did not introduce an energy reduction.

That ensured Cassidy maintained a small attack mode boost, while Vergne and Buemi had their expire just as the full-course yellow was called, to again find an advantage of around 1s.

Cassidy also survived Vergne using his fanboost out of Turn 4, but as the French racer closed, Cassidy took increasingly defensive lines, which left him prey.

Vergne bolted down the inside into the Turn 10 hairpin but with limited steering lock, the two cars tagged and in the delay Guenther charged through to the inside to take control.

He preserved a 2% energy cushion over his chasers and from there held the lead to the flag.

Vergne managed to recover to second, while Audi driver di Grassi profited from the slow-moving Envision Virgin Racing car to score a podium ahead of the manufacturer's customer cars.

Cassidy led home team-mate Robin Frijns, whose haul of 10 points for fifth moves him into the joint championship lead with Edoardo Mortara.

The Swiss driver failed to score in 14th after his qualifying lap was ruined by a scenario switch locking him out of full power mode. 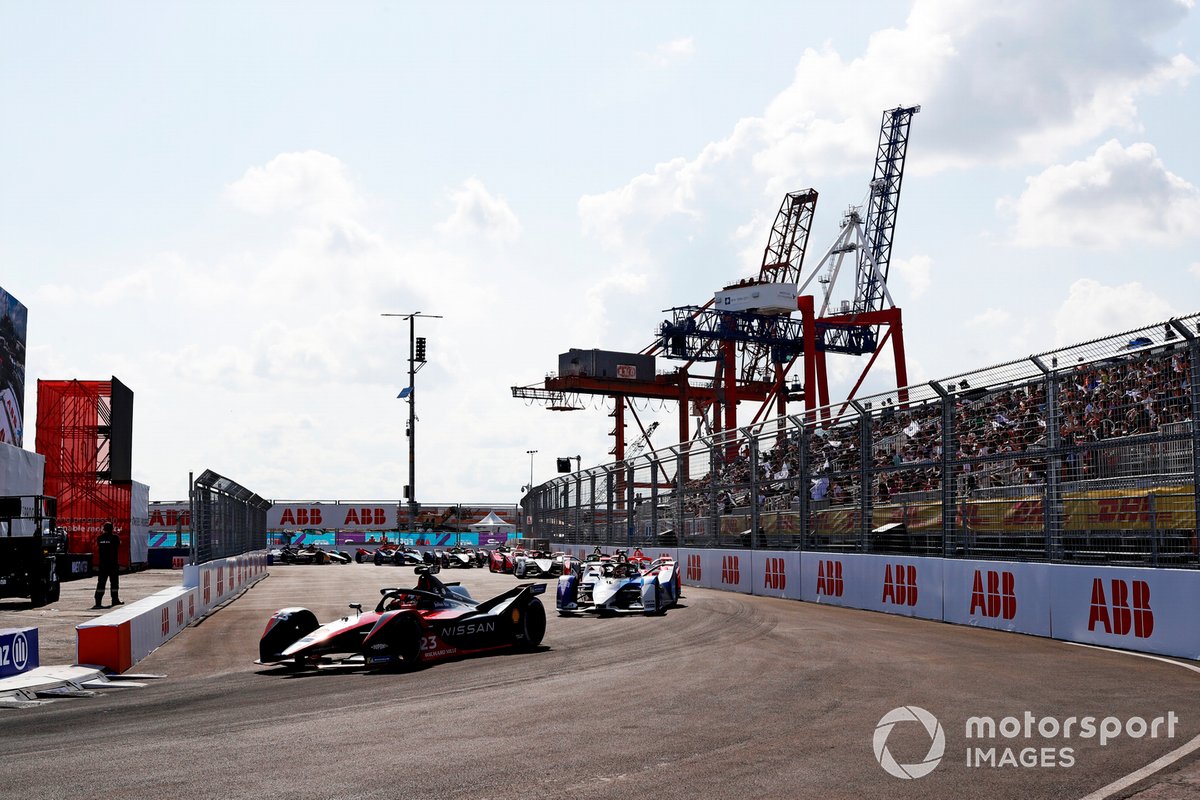 A marked improvement in the fortunes of Buemi in 2021 took him to sixth ahead of his team-mate Oliver Rowland, while Andre Lotterer bagged eighth place for Porsche.

After Jaguar Racing rebuilt Sam Bird’s car with only moments remaining until parc ferme rules came into place, the team and driver recovered strongly in the circumstances with ninth.

Rene Rast in the fourth Audi-powered machine arrived home 10th ahead of a dropping Lynn.

The Briton lost out twice more in the race after his Turn 1 lunge.

First, he had to stamp on the brakes to avoid tagging with Porsche racer Pascal Wehrlein when he rejoined from the attack mode section but soon jumped the German racer.

However, as Wehrlein ran deep into the braking zone for Turn 10, requiring a later apex as he ran through the attack mode gates, the disqualified Puebla winner span Lynn around.

Lynn was fortunate only to lose one position to Rowland, but Wehrlein took the bigger blow when he was forced to retire with broken steering.

Reigning champion Antonio Felix da Costa arrived home in 12th ahead of another point-less return for Mercedes, the pre-event championship leader’s outing marked by 13th for Nyck de Vries and a retirement for Stoffel Vandoorne.