Nico Muller will miss the remainder of the 2020/21 Formula E season to prioritise his DTM commitments, with Joel Eriksson expected to replace him at Dragon Penske Autosport.

The Swiss driver was already forced to skip the inaugural Puebla E-Prix last month due to a clash with the season-opening round of the revamped DTM series at Monza.

There are two further overlaps between the two championships, with the returning London E-Prix falling on the same weekend as the DTM’s Lausitzring event and FE’s Berlin finale clashing with the German championship’s annual visit to the Lausitzring.

Although there are no DTM races scheduled next weekend when Formula E returns to New York for the first time since 2019, Muller and Dragon Penske have decided to split with immediate effect.

In a post on Twitter, Muller wrote “Due to several clashing commitments, Dragon Racing & myself have decided to part ways - meaning I won’t race in the final 3 rounds of FIA Formula E S7.

“Thanks for nearly 2 seasons of passionate hard work & the memories we created.

"Wish the whole Dragon Racing FE team all the best whilst my focus is on my DTM & Audi works driver duties - the future is bright!” 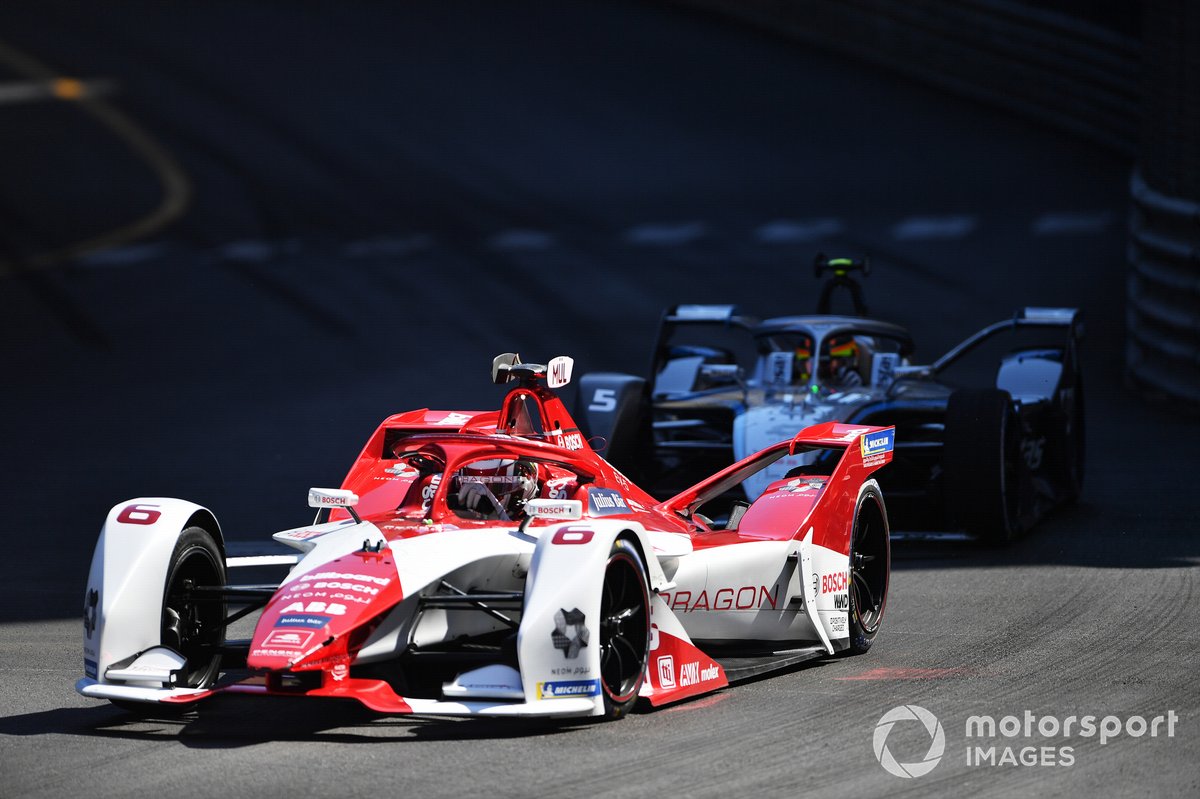 Muller’s seat is expected to be taken by former factory BMW driver Eriksson, who also deputised for the Swiss driver in Mexico.

On his debut weekend in Formula E, the Swedish driver finished 17th and 15th in the two races, beating his full-season teammate Sergio Sette Camara in the second event.

Autosport has reached out to Dragon Penske for a confirmation on the team’s plans for the remainder of the season.

The announcement brings an early end to Muller’s second season in Formula E after the Audi DTM ace scored Dragon’s first podium finish of the Gen2 era in Valencia, having previously finished inside the top five in the Diriyah opener.

These results were a marked improvement to his maiden campaign in Formula E in 2019/20 where he failed to score a single point as Dragon Penske finished 11th out of 12 teams in the championship.