Muller is the last driver on the 24-car grid to be officially confirmed and had been widely expected to keep hold of his seat after a decent first season for the American squad.

Having finished as the DTM runner-up in 2020 for Audi in the final year of the Class One regulations, Muller tested for Dragon - which will delay its new car until April - in private sessions and in the three-day official pre-season test in Valencia earlier this month.

But due to delays in his contract, Autosport understands the Swiss driver was not able to take part in media day filming, the footage of which will be used during TV broadcasts.

Muller said: "We have shown on multiple instances that the potential is there, and in our second season, we want to convert this into the results we know we all deserve.

"The whole team is very hungry for it, and we will never stop pushing and improving ourselves.

"I embrace the attitude everyone in the team has - we never give up even in the tougher times as we fight the biggest names in this championship." 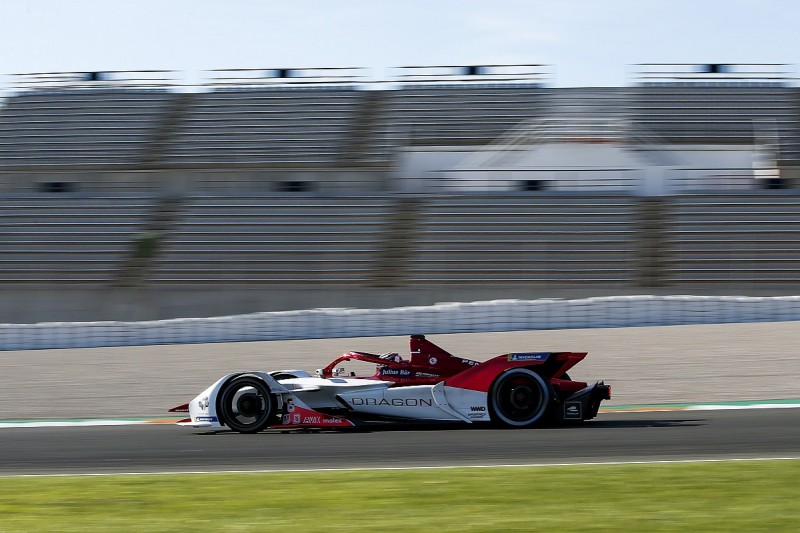 For the second year in succession, Dragon - owned by Jay Penske - showed impressive pace during testing at the Circuit Ricardo Tormo.

Muller ranked third quickest overall, having done so in 2019, while Sette Camara was second fastest and only 0.036s adrift of pacesetter Maximilian Guenther for BMW Andretti - despite the manufacturer, along with Audi, being set to quit FE at the end of the season.

But Dragon struggled in 2019-20, only achieving one points finish, which came courtesy of former Toro Rosso Formula 1 driver Brendon Hartley.

Hartley departed the team during the coronavirus hiatus to be replaced by Red Bull and AlphaTauri reserve driver Sette Camara for the six-race season finale in Berlin.

Sette Camara proved particularly strong during qualifying, twice scoring a top-10 grid position, only to lose out in the races.

Team principal Penske added: "I am very pleased that our alliance with Nico will continue.
"Nico provided invaluable feedback throughout a challenging rookie season that we built into this year's package.

"With the combination of his technical feedback, inherent race craft, and the additional resources we are bringing to the table to support the team, I am confident that we will give him a more competitive package for 2021.

"I expect him to deliver solid results during his second season in Formula E."