The French tyre manufacturer recently extended its deal to supply FE into the next decade, having been one of the electric single-seater series' founding partners.

It produced bespoke all-weather tyres for the championship, while in 2012 Michelin introduced a slick intermediate tyre in the World Endurance Championship.

Michelin director of motorsport Pascal Couasnon said the WEC "could be" the next place for its all-weather rubber to be introduced, and suggested the sportscar category and FE were a better fit for its innovative ways than F1.

"That's something we need to discuss with the organisers," he told Autosport.

"As a leader we love to take risks and that's what we want to continue.

"We've been talking about 18-inch tyres with Formula 1 for many years, I think since 2010, and we've not been able to convince the parties to take that risk.

"Some of these concepts, in WEC introducing slick tyre that works in the rain, was quite crazy but it works.

He added that FE's commitment to this tyre was "very important" to keep Michelin involved.

"Maybe we'll try to introduce this concept to other series," he said. "Why not?

"You need to find other parties to take the risks.

"Motorsport is a show which means something in terms of technology, you need to find a proper cursor.

"This was perfect, introducing the first 18-inch tyre on an open-wheel car and testing something that was unknown.

"It's worked well and we want to continue." 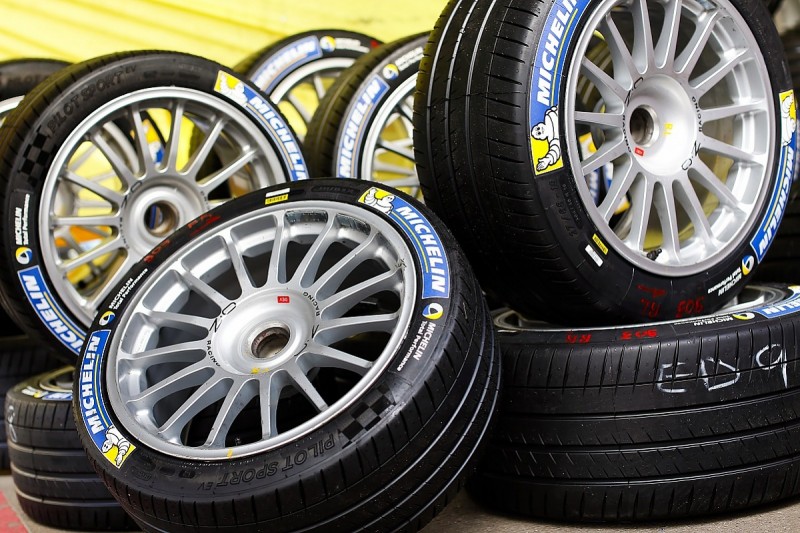 Last season Michelin introduced a 'version two' of its all-weather FE tyre that was almost 5kg lighter across a set and improved efficiency by reducing rolling resistance.

Couasnon said FE offered a good testbed because it has the "same state of mind" as his company.

"Maybe it's not that spectacular, but we got the same performance with a tyre more than 1kg lighter," he said.

"If you count the number of tons you save in material over a year that's pretty great."