Edoardo Mortara repelled a late charge from polesitter Antonio Felix da Costa to win the Marrakech E-Prix and sweep to the top of the Formula E standings.

The Swiss driver collected his third victory of the season in a tentative Morocco encounter, where hot conditions ensured that teams were seeking to stave off the threat of overheating batteries - and thus precipitated an uncharacteristically early trade of attack modes among the front-runners.

Mortara had preserved his second place on the grid off the line, having a fleeting look at the inside of da Costa at the start before the DS Techeetah driver closed him off.

The Techeetah squad appeared to try and clear its pair of three-minute attack modes early on, on both occasions providing Mortara with the lead.

After the first Techeetah activations on lap 5, Mortara followed them onto the Turn 3 attack mode zone a lap later, conceding the lead back to da Costa - who largely chained his attack modes together when taking another dose of 250kW on lap eight.

But this time, Mortara hung on for an extra lap before taking his second, which yielded enough of a gap over da Costa to go off-line for his hit of extra power and return in the lead. 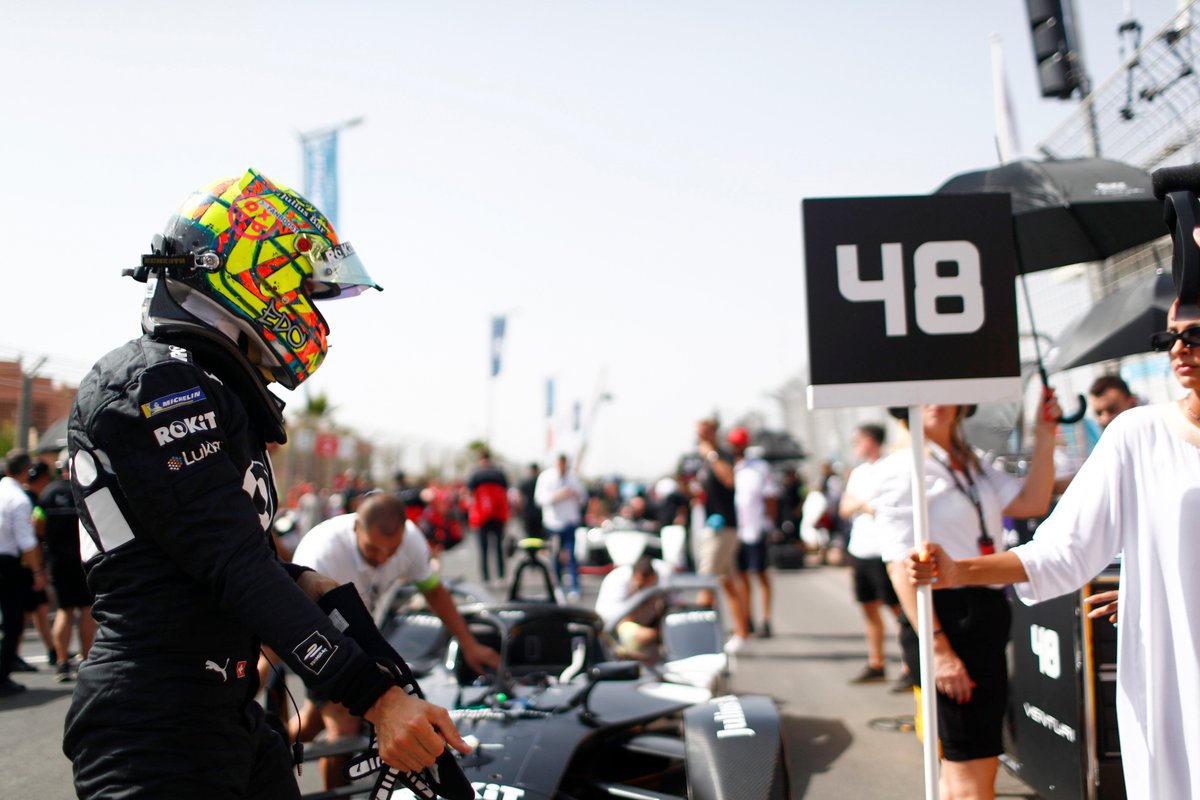 From there, the Venturi driver began to preserve his lead, as the Techeetahs squabbled with Mitch Evans and a rapid Oliver Rowland - who had hurled his Mahindra into the upper reaches of the field early on in the race.

But it became clear that Jean-Eric Vergne was preserving his energy for a late push and, after dropping to sixth at one stage, began to rise back through the ranks to return to third - with da Costa ahead.

With Vergne in the championship hunt, Techeetah swapped the cars around. Vergne had an extra 2% of battery charge over Mortara and was encouraged to use it to close in - but was unable to make enough of a dent in Mortara's lead.

Da Costa thus bargained to be allowed past, as Vergne's energy advantage had dissipated, which Techeetah granted to give Mortara considerable pressure towards the end.

But although the Portuguese driver was looming large in Mortara's mirrors, he was unable to claim a first win of the season as Mortara managed his pace expertly.

Vergne dropped considerably by the end of the race, bringing him into Evans' sights for the final lap. On the run to Turn 3, Vergne lifted off very early and caught the Jaguar driver by surprise - but Evans had the presence of mind to nip past and bag a podium.

Lucas di Grassi enjoyed a steady ascent through the field and, although he was passed for fifth late on by Nyck de Vries, the Brazilian snatched the position back on the final lap.

De Vries was unable to provide an answer to di Grassi's late assault despite an energy advantage by the end, but remained untouched for sixth as Jake Dennis was a further 3.6s down the road.

Although Dennis had been among the top five in the first half of the race, the Avalanche Andretti driver had to back off slightly to meet his targets on power, but was himself largely unbothered for seventh place.

Stoffel Vandoorne rescued eighth place after qualifying in a lowly 20th place following braking issues, putting together a well-managed race to enact a push into the points.

The Belgian loses his title lead, and finished ahead of Sam Bird - who in turn was just 0.2s clear of Rowland as the Mahindra driver's early promise was underpinned by a level of energy overconsumption.

Vandoorne's late push dumped Oliver Askew out of the points after the American had started from a season-best seventh place, while Pascal Wehrlein also dropped out of the points as Porsche appeared to opt for an excessive level of energy saving at the start - which ultimately failed to pay off.