Mercedes driver Stoffel Vandoorne revealed that a manhole cover caused the shunt that eliminated both he and team-mate Nyck de Vries from the Rome E-Prix and neutralised the race early.

Polesitter Vandoorne led the field at the start of the race behind the safety car that was called in response to a light rain shower that hit the circuit between qualifying and the race.

Vandoorne was tagged on the opening lap by Andre Lotterer and dropped to 13th but recovered strongly, aided by a penalty for brief leader Oliver Rowland, to battle for fifth place.

But when race leader Lucas di Grassi slowed suddenly on the run to Turn 6, the result of a mechanical component failure that handed victory to Jean-Eric Vergne, Vandoorne took avoiding action and careered into the wall where he was then hit by de Vries.

Vandoorne explained that a manhole cover was behind the crash rather than it purely being the result of attempting to miss di Grassi.

The TV feed had showed the rear wheels of the Belgian’s car lifting off the ground.

Vandoorne told Autosport: “I had just got P5. Then Lucas, he had a problem up the hill into Turn 6, which is the quickest corner of the circuit actually.

“A lot of cars had to take an avoiding action and swerve past him. So did I.

“I had to go around the outside, but there was a manhole cover. Basically, the car just took off when I hit it.

“There were no wheels on the ground anymore, I was just a passenger, basically.

“[It was a] big, big impact because you have the high speed there. A lot of damage to the car.” 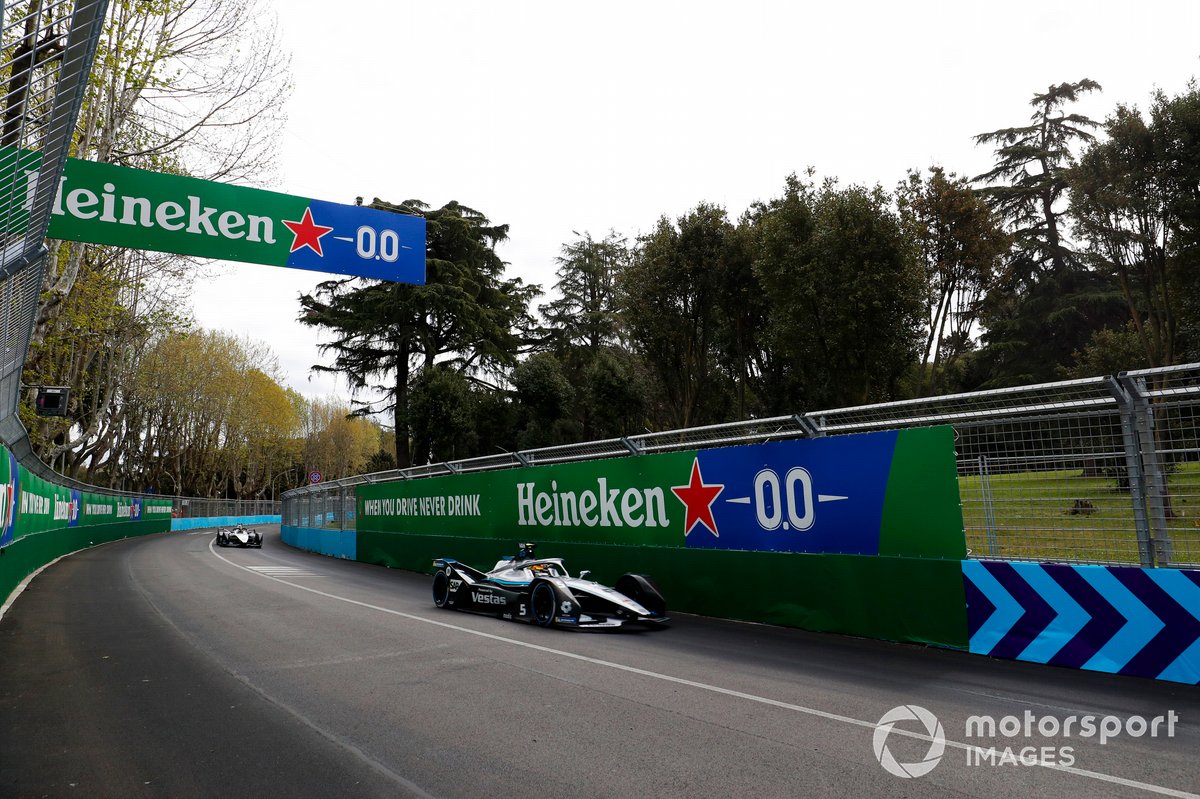 Vandoorne added that a large bump on the surface of the track meant there were limited options to get past di Grassi’s slowing Audi.

He said: “The bump is super big. There's only one line.

“Even the [Jaguars, Sam Bird and Mitch Evans], they just made it past.

De Vries followed his team-mate but as Vandoorne lost control and began to spin, the 2019 FIA Formula 2 champion slammed into him.

The Dutch racer told Autosport: "[Lucas] was on the racing line.

“Stoffel had to go around the outside and obviously, the shaping of the track, that makes it very tricky and it's bumpy.

“He lost the car. I had nowhere to go. There is only a racing line.”

Although de Vries did not find di Grassi to be at fault, he questioned whether the 2016-17 champion could have done more to pull off the racing line.

“I'm not sure where he picked [the mechanical failure up,” said de Vries.

“Maybe he could have exited [Turn] 5 on the inside. It would have been a bit nicer if he would have just stayed on the right.

“I don't blame him at all. It’s just unfortunate timing.”