Mahindra outsourced the running of its programme to the British Carlin squad for the 2014/15 campaign, and it started strongly before fading and finishing eighth of the 10 teams.

For season two Mahindra has split with Carlin, taken on more engineering responsibility and brought in Adrian Campos's team - which also fields the drivers' championship-winning Team China squad - to run its M2ELECTROs.

"Season one obviously wasn't satisfactory to anyone, so when we looked at improvements we thought the main one was running the car," he said.

"We felt that for our long-term interests when Mahindra takes on more of the engineering side, we want a reliable team who can help run the car and Campos ticks the box for us.

"This championship has new powertrains and this will take time to stabilise.

"The decision we have taken should potentially help us in the beginning of the championship.

"Now it's going to be a challenge to sustain the potential - we let the ball drop last year, the focus will be don't lose in terms of the development." 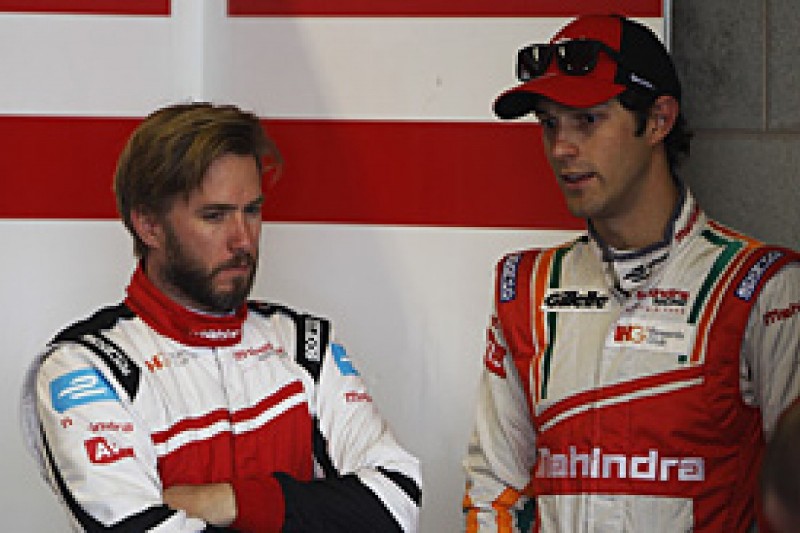 The M2ELECTRO has a four-speed Hewland gearbox built to a personalised specification that Gill claims makes it "lighter and smaller", and the McLaren motor used in season one that Mahindra instructed the British marque to adapt.

"As a whole package I'm confident," he said. "I'm going to take cover under the cliche of we don't look at the pecking order.

"We had objectives, the first is reliability and we got the mileage and data we wanted.

"As long as energy is going to be capped at 28kWh, [the focus is] how are we going to improve the efficiency?

"A lot of it is improving the efficiency - it's a step in evolution and improving reliability."