Formula E rookie Luca Filippi believes his experience of "crazy" IndyCar circuits will assist him in FE, where he has found "similarities" to the American single-seater category

The 2011 GP2 runner-up raced in IndyCar on street circuits and road courses from 2013-2016 and believes the "ratio" between the speed of the FE cars and nature of the circuits means his experience in America will be beneficial.

"The Formula E car has some similarities to IndyCar because it is heavier than some other formulas and the driving style is not too different," Filippi told Autosport.

"Some of the street courses in IndyCar can be a little crazy.

"If you make a correlation between the speed of IndyCar and the circuit, it could be kind of similar to the Formula E speed and circuit.

"From this point of view it could be a good experience." 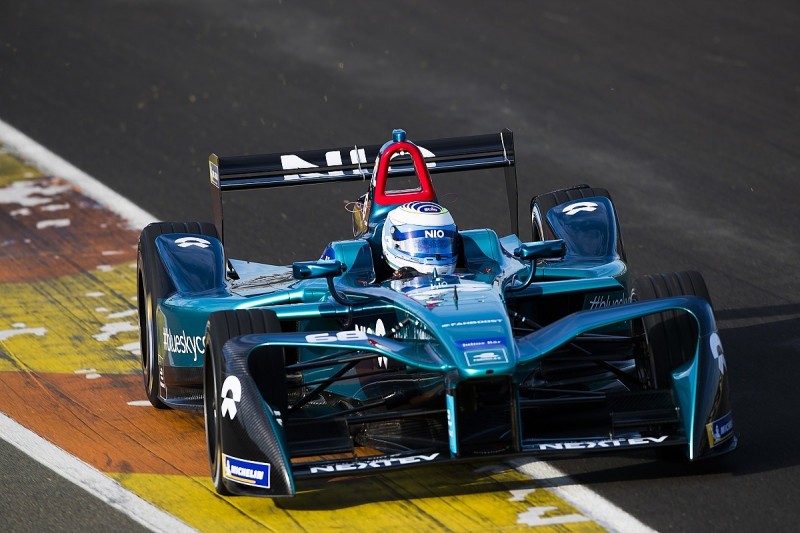 Filippi's full-season contract with NIO has ended several years of bit-part campaigns for the Italian.

He believes his opportunity is good for his "faith" in motorsport and will finally let him focus on driving rather than having to think about his next race seat.

"It has been like a rollercoaster because I had a very good GP2 season many years ago and then I had a Honda contract for Formula 1 before they retired, and that meant I had a bit of a difficult time," he said.

"But then I had an opportunity with Ed Carpenter Racing to do all the street and road courses [in IndyCar], which was great because even if it wasn't for the full programme it was a still a defined programme with a good team.

"This opportunity [in FE] came at a point in my career when I have a lot of experience and I've driven in many different series, it was just perfect timing.

"When you get a good programme and finally feel OK and that this is rewarding, it means I can look forward and start working methodically with the team.

"NIO are a very experienced group and many of these guys have incredible experience in motorsport.

"We are all looking forward to the season and everything else that's coming with the new car in 2018/19 as well."