Alex Lynn beat Jake Dennis to score his second Formula E pole ahead of the London E-Prix as the points leaders all slipped outside of the top 10.

Mahindra Racing driver Lynn, who is widely acknowledged to have been dropped by the team for 2022, leapfrogged from his group three run into superpole.

He then beat the benchmark time set by BMW Andretti rival Dennis by 0.299s to snare pole with his 1m23.245s effort, marking his second first-place start after his debut pole scored in the New York City E-Prix in 2017.

Lynn continued a superpole trend by going fastest, with each lap improving to promote a different provisional polesitter after each run.

But the final lap from group qualifying topper Andre Lotterer fell shy by 0.618s, putting the Porsche driver down in fifth and only ahead of first runner Norman Nato.

Sebastien Buemi’s ailing season showed a marked improvement when the Nissan e.dams racer profited from his group four run to bound into superpole and from there he snared third on the grid.

He will share the second row with Dragon Penske Autosport’s Sergio Sette Camara.

Nato’s flying lap from his group four run, for which sector three dried to offer up more lap time, bumped Lucas di Grassi out of superpole contention to line up seventh on the grid.

The Audi driver had topped the session after his group two run before the track continued to evolve in favour of the later runners and he missed the cut off by 0.24s. 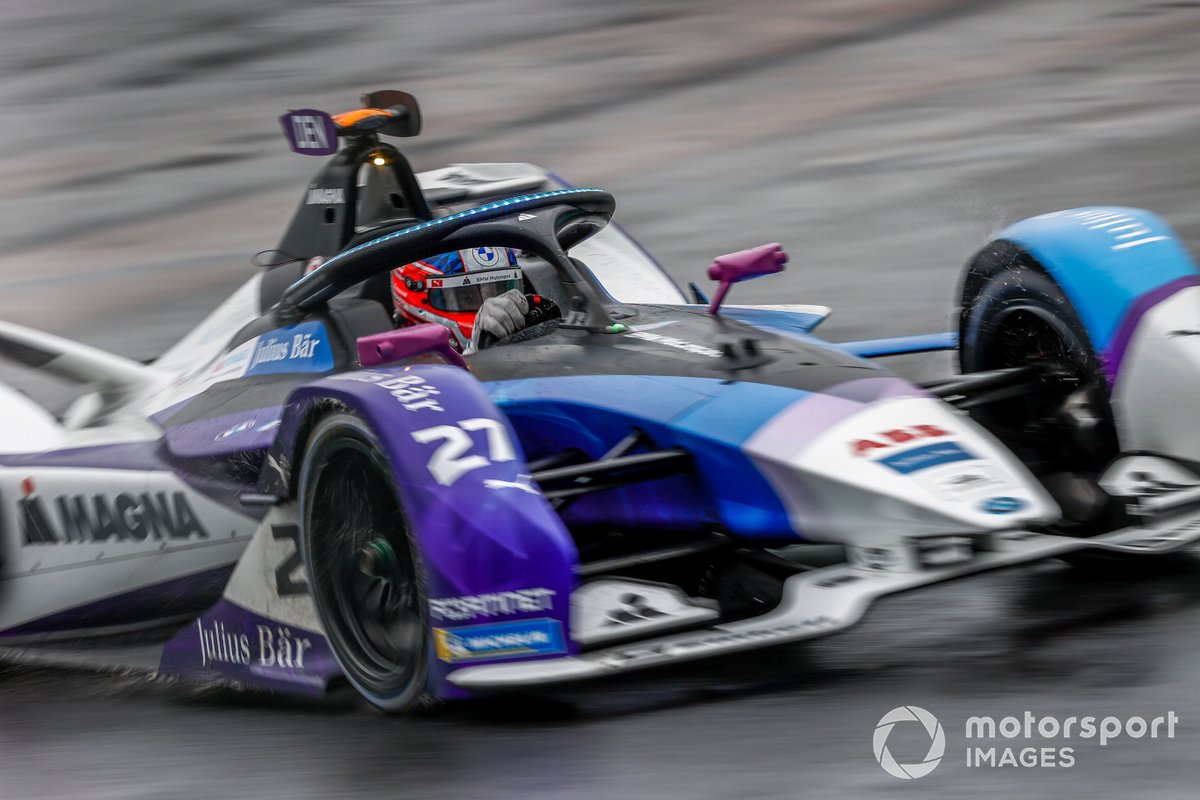 A marked improvement over the second half of the lap for those lowest in the points enabled Sette Camara and Buemi to relegate Alexander Sims to eighth and Nyck de Vries to ninth.

Meanwhile, the second Dragon Penske Autosport of Joel Eriksson ran to 10th, marking the best Formula E qualifying for the Swede who arrived in Mexico to replace DTM-tied Nico Muller.

Jaguar Racing’s home effort was led by Mitch Evans in 11th as Pascal Wehrlein could only deliver 12th from his group two run aboard his Porsche.

Rene Rast ran to 13th, while a free practice two crash that left Stoffel Vandoorne unable to complete a lap on the sodden Saturday morning meant he went in blind and only ran to 14th.

The drying track outside combined with more rubber being laid down on the high grip indoor surface came at a cost to the group one contingent, as per usual in Formula E.

Despite topping his group one rivals for provisional pole, Edoardo Mortara was eventually shuffled back down to 16th, behind the NIO 333 machine of Tom Blomqvist.

A full 1.2s loss in the final sector demoted Oliver Rowland down to 21st, behind Nick Cassidy who made an error at Turn 1 while at the wheel of his Envision Virgin Racing car.

Free practice one pacesetter Jean-Eric Vergne was almost a full 1s off his DS Techeetah team-mate da Costa and so was only 23rd. 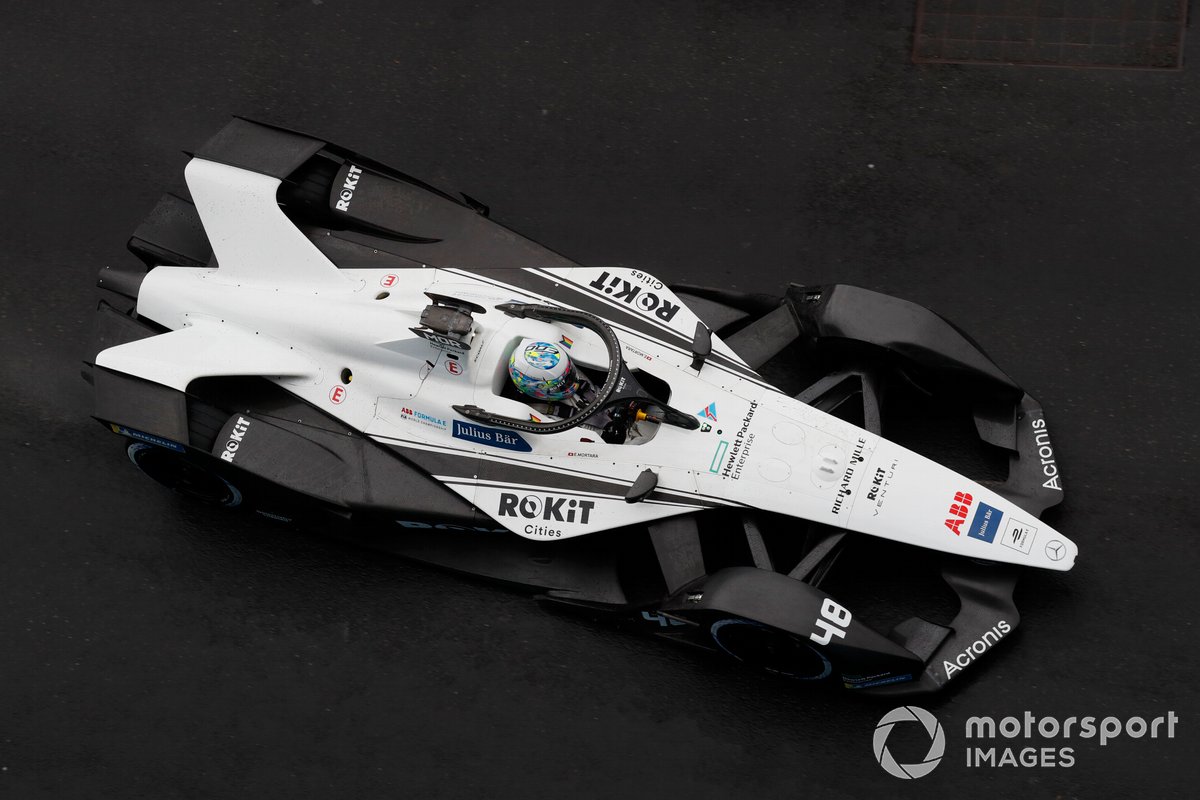 New York City E-Prix race one winner Maximilian Guenther’s season of major peaks and troughs endured at the ExCeL Centre as he crashed out of his group three run to call out the red flag.

The German lost the rear as he touched the brakes through Turn 15, and the subsequent steering correction angled the car into the wall. His banker lap time was deleted for stopping the session.

He tagged the concrete lining the circuit and terminally buckled the front-left suspension.

This came at a particular cost to his BMW Andretti team-mate Dennis, the Briton launching into expletives over team radio as his session-best second sector came to nothing.