Lucas di Grassi denied Jake Dennis a London E-Prix double with a tactical masterclass, as Stoffel Vandoorne put one hand on the Formula E trophy heading into the Seoul finale.

An excellent decision to chain his first and second attack modes gave di Grassi the advantage over Jake Dennis, getting onto the back of the British driver with a clear offset in strategies.

Di Grassi then simply had to wait until everyone's attack modes had been consumed to cycle to the front, then dropping the hammer to ensure Dennis was unable to catch him.

Dennis had been able to hold the lead into the first corner, and looked to have a manageable advantage over di Grassi in the opening 10 laps of the race.

With a different attack mode activation plan to race one, the drivers this time had three lots of attack mode - each four minutes in length - offering a different strategic variable.

Di Grassi took his first hit on lap 10, with Dennis responding on the following lap. But once his first four minutes had elapsed, di Grassi then took the undercut with his second attack mode on lap 13, which put Dennis at the disadvantage with the attack mode offset as the Brazilian caught up to the back of Dennis - who needed to take the off-line power boost activation two more times.

Dennis picked up his second activation and closed di Grassi - who had picked up the lead - down, with the Venturi driver returning the favour three laps later once Dennis' activation had elapsed. 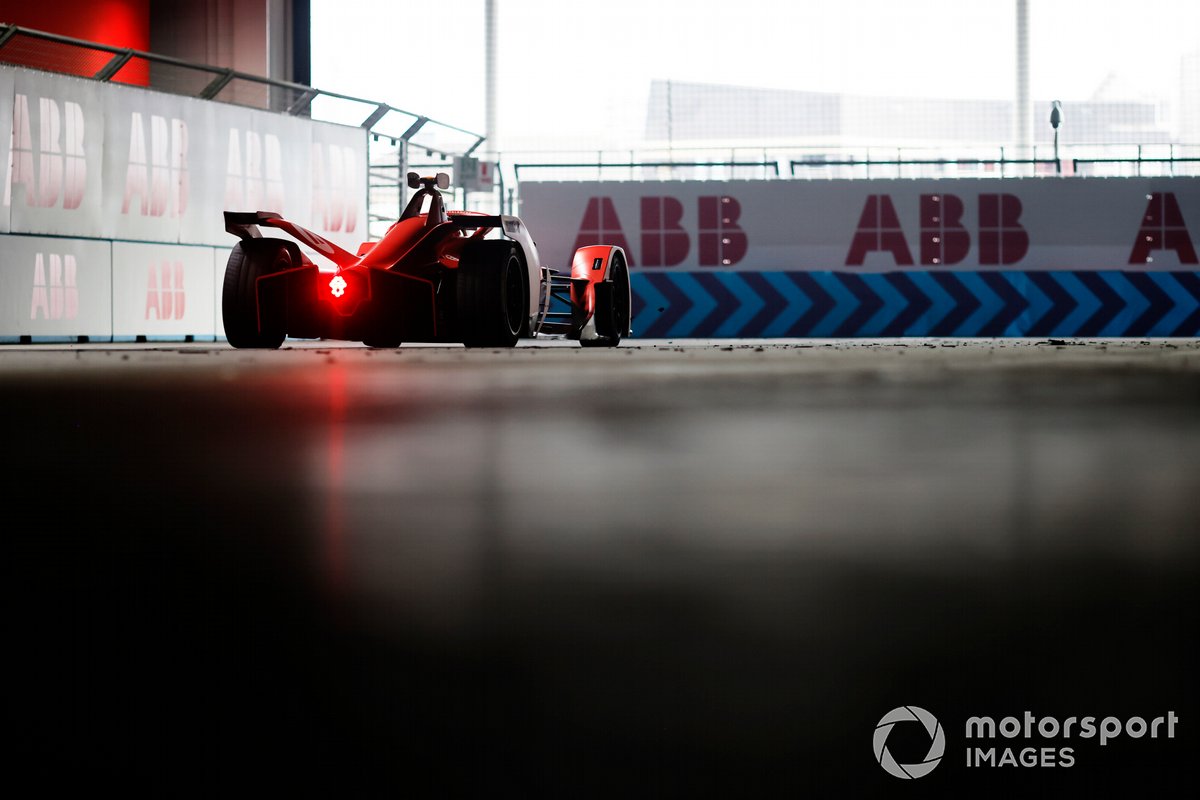 Although Dennis had track position, he would have to cede it once more. Managing to defend the lead until di Grassi's final attack mode activation had run out, Dennis was told to spend some energy in building a gap to collect attack mode and potentially grab the lead on his return to the racing line.

Dennis got the lead up to 0.9s, but that proved to be the zenith of his gap out front - and di Grassi closed up again, forcing Dennis to take his last attack mode with a 0.4s lead.

That allowed di Grassi to claim the lead back once Dennis took the wider route at Turn 16 to pick up his final 250kW power mode, but the Andretti driver simply could not kick on and close up - instead, di Grassi used the opportunity to open the gap to more than a second despite running on lower power.

Once Dennis' attack mode had elapsed, di Grassi could open the lead up even further, and was left relatively unbothered over the remainder of the race as Dennis had to contend with a hard-charging Nyck de Vries at the close of the race.

De Vries had battled with Antonio Giovinazzi and Antonio Felix da Costa in the opening stages, but the former was handed a drivethrough penalty for power overuse, while da Costa dropped behind de Vries among the mid-race attack modes. 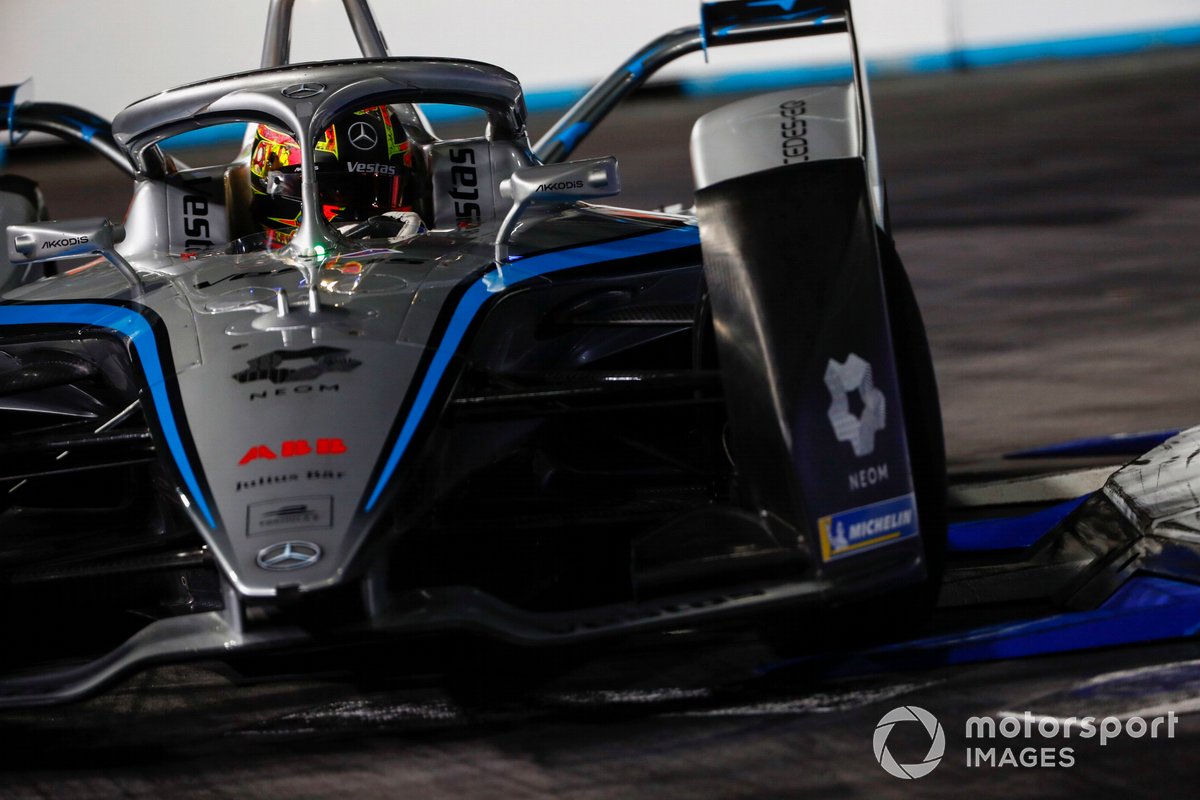 Stoffel Vandoorne charged from 13th on the grid to fourth and with his main title rivals faltering in the second race, it gave him a 36-point lead in the standings as Mitch Evans' Jaguar came to a crawl in the final few laps while the Kiwi was running fourth.

Neither Edoardo Mortara in 13th nor Jean-Eric Vergne, who retired, could score; although the latter is not mathematically out of the title hunt as he is 57 points adrift with a maximum of 58 on offer from the last two races.

Da Costa ended the race in fifth, ahead of Sebastien Buemi who made it back to back points for Nissan e.dams and Robin Frijns in seventh.

Sam Bird rescued eighth for Jaguar, with Sergio Sette Camara securing Dragon Penske's first points of the year with ninth. Pascal Wehrlein completed the top 10, chased to the line by Mortara - but the Venturi driver was then hit with a penalty for contact with Maximilian Guenther.

The safety car was produced on the third lap to clear an array of debris, with Dan Ticktum pulling off the circuit at Turn 20 with a broken front-right suspension - as Vergne limped back to the pit with damage, his day done and his championship chances all but over.

Oliver Rowland was the earliest retirement from the race, after dealing with damage from an airborne moment caused by Oliver Askew squeezing him into the wall on the exit of Turn 5.

Askew copped a drivethrough penalty for that indiscretion, and also collected a five-second penalty for later contact with Guenther.