Nissan says its Formula E programme will be influenced by experience from its aborted LMP1 project, other motorsport programmes and its road car division's electric vehicle expertise

The Japanese manufacturer will take over from automotive partner Renault as the works affiliate of the e.dams team for the 2018/19 season.

FE will be Nissan's first headline international motorsport programme since axing its failed LMP1 project at the end of 2015.

Michael Carcamo, boss of Nissan's motorsport arm NISMO, told Autosport that it would utilise information from "every programme, whether it's Super GT or LMP1 or DPi [the IMSA SportsCar formula in which Nissan is an engine supplier]".

"We have engineers in all of those programmes and we can grab all of their knowledge," he said.

"[In LMP1] some of the learnings are technical, about specific technologies, what worked and didn't, what kind of reinforcements you need in what areas.

"There's a lot on best practices, on how to put an organisation together, what works across large distances, how to put people together in a good working environment to get success."

Carcamo added: "We just launched the second-gen Leaf [road car], we've been doing research and development on electric vehicles for quite a number of years.

"We'll leverage that, there's people that's been working in advanced R&D centres as well as on the racing side, so we have a lot of resources that we can apply to this endeavour."

Nissan personnel attended the 2017/18 FE opener in Hong Kong at the start of December as it begins to gain first-hand experience of the series.

Carcamo refused to divulge specifics such as "the infrastructure and the details of the powertrain", however Nissan is expected to use Renault technology in 2019/20.

Renault has invested significant time and money into development of the 2018/19 powertrain and Nissan cannot homologate its own design until 2019/20. 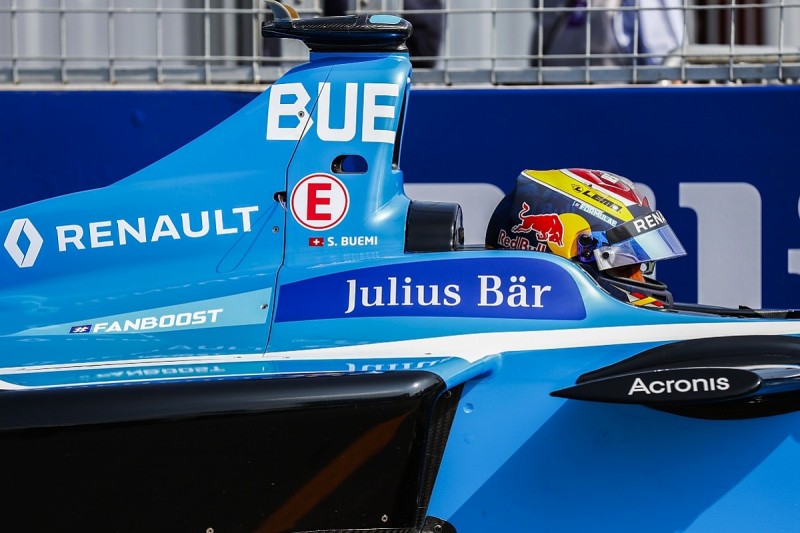 Carcamo has already said that Nissan's pool of factory drivers is among the "resources" it wants to utilise when it enters FE, although existing Renault e.dams drivers Sebastien Buemi and Nico Prost are expected to honour their 2018/19 contracts with the team.

Carcamo suggested that joining when the series switches to a new chassis and battery, and teams must complete a full race distance with one car, presented Nissan with less of a disadvantage to its more experienced competitors.

He said that "to be the first Japanese manufacturer in FE is really special and important for us".

"We want to be seen as the leaders in the world so this is a perfect opportunity for us to complement what we're doing on the road."