Sebastien Buemi believes his fifth win in six Formula E races would not have been possible without a 'massive rebuild' from the Renault e.dams team before the Paris ePrix

Buemi won last Saturday's race from pole position to extend his advantage over Lucas di Grassi, who crashed out, to 43 points in the title race.

After fearing a small performance deficit in Buemi's second car in Monaco, Renault opted to take his powertrain back to its technical base in Viry-Chatillon, just over 12 miles south of the Les Invalides-based Paris track, for inspection before its home event.

Renault only received the cars from Monaco on Wednesday and Buemi claimed the team then "only got the powertrain back on Thursday night".

"I would really like to thank my team," he told Autosport. "We tested the cars on the bench after Monaco because the car felt like it was worse [in the second stint].

"That was a massive job to rebuild it last-minute.

"With back-to-back races you don't get the car when you want, it travels with Formula E so you don't have much time - what they have done is amazing."

Buemi also opted to use the car he feared was "weaker" in Monaco in the first half of the race in Paris as an added precaution.

He pulled a three-second gap on Jean-Eric Vergne in the opening stint and held a two-second advantage when the Techeetah driver crashed in the second half of the race.

"It's a bit of a tactical thing because most of the time you get rid of that car quite quickly," Buemi explained.

"To be honest I think it was better. I feel like I had JEV under control." 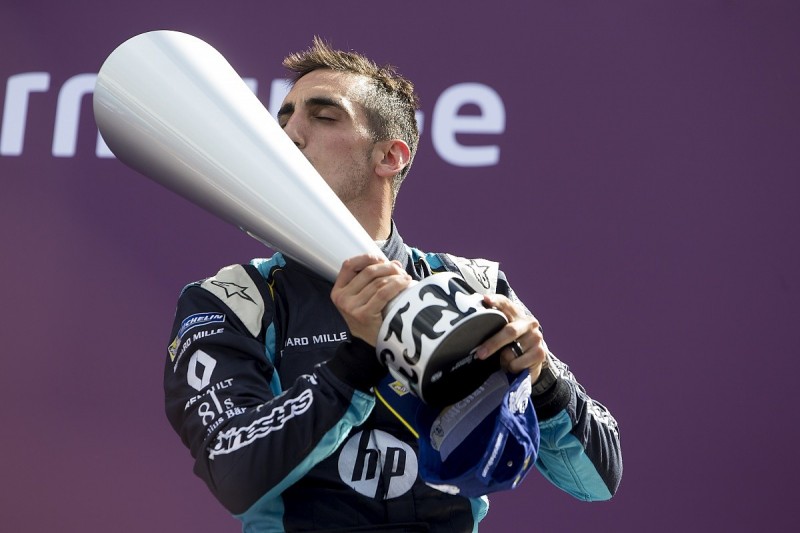 Buemi's victory in Paris also atoned for a difficult home race for Renault last season, when it was comfortably beaten by di Grassi and the Abt Audi Sport team.

That was put down to Renault struggling more than the rest at getting its tyres up to temperature throughout a particularly cold event.

This year's Paris ePrix was held a month later and in warmer conditions, although Michelin's 2016/17 tyres offer slightly less peak grip and several teams still struggled to optimise them in qualifying.

Buemi was consigned to the first group in qualifying, which has the worst of the track conditions, but topped that by more than 0.4s.

Di Grassi, who was quickest in practice, was almost 0.7s slower than Buemi in qualifying.

Buemi went on to top the superpole by 0.006s, and said: "The team worked very hard trying to find solutions to what happened last year when we couldn't get the tyres to work.

"They came here with a big toolbox in case we had problems and it worked out perfectly, so they deserved the win more than me."