The ex-Formula 1 driver has joined the new team from DS Virgin Racing for the 2016/17 FE season but failed to finish the season-opening race.

It was a disappointing result for the team and the Frenchman, who had continued his strong pre-season testing form by going quickest in Hong Kong practice.

A red flag in his group disrupted his qualifying effort and he could only manage ninth on the grid, then had to stop early on following a battery failure on the water pump.

There was then uncertainty in the team over whether there had been a rule change stopping him from going for fastest lap if he did not complete the race.

He retired the second car after failing to get fastest lap, and the point that goes with, as the battery was getting too hot.

"It's not bad luck," Vergne told Autosport. "That's why you have to take the positives.

"For Marrakech I am sure things will be in much better shape in the team." 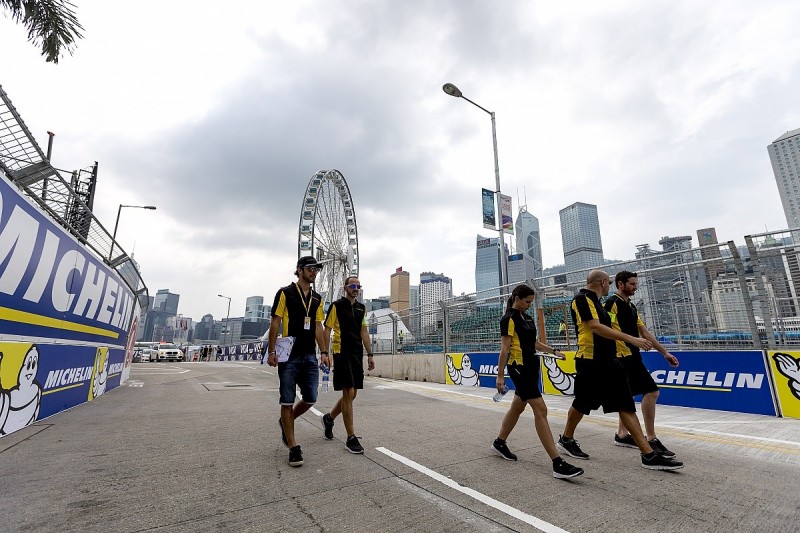 Vergne called the race "a big mess" having originally targeted a clean first event for the team, which only completed six days of pre-season testing.

It was not eligible for the 15 days of private running afforded to the rest of its rivals, all of which are powertrain manufacturers.

Team principal Mark Preston admitted that put Techeetah at "a bit of a disadvantage" but claimed it was better to be quick and have to work on execution rather than performance.

"When you've got a fast car, it's easier to solve the issues," he added.

Reigning FE champion Sebastien Buemi leads the standings after his victory but scored no additional points after missing out on pole and fastest lap, and Vergne believes the title is a realistic prospect.

"I feel extremely good," he said. "It's just a question of time.

"I have one of the best cars and I don't think I'm the worst driver on the grid, I believe in my abilities.

"I'm sure we will win races and fight for the championship.

"That's the mentality I want to have in the team, which not everybody has at the moment.

"Things will move forward sooner or later that's for sure, I will make sure of that."