Bird won both races in New York last season but explained that changes to the Brooklyn Circuit for this year's event, which have made the track almost 0.3 miles longer, were "not going to help" his Virgin Racing squad.

But Vergne said he still expects "them to still be fast here".

"I think he's trying to find excuses," Vergne told Autosport. "Their car had been good all year round - there is not a single track where they were slow so I expect them to still be fast here."

"It doesn't matter that there are three new corners.

"For sure, Saturday's race will be very long - very hard on the battery temperature and also energy saving. We have to do quite a lot, which is good for me I guess.

"One of my biggest weakness in the past in Formula E was energy management, that's now become my biggest strength.

"So, I look forward to the race on Saturday which will be interesting." 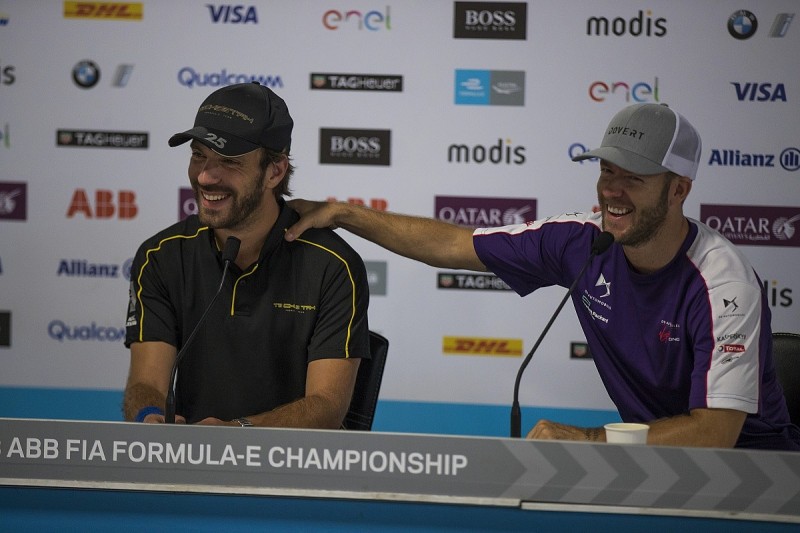 Vergne also qualified down in 17th in Switzerland after running first in the opening group to set times in qualifying.

The Techeetah driver did not give a precise reason for his poor qualifying in Zurich, where he said he struggled for grip but then charged back through the pack in the race, but did explain he had perhaps been too focussed on sealing the title a round early.

"I got my frustration down after the race," he said in the pre-event press conference in New York.

"I realised I wanted to win the championship maybe a little bit too hard already then. So now I don't have this pressure any more - it's this weekend of never."

Bird paid tribute to the consistency he and Vergne have demonstrated so far this season, but reckons Audi driver Lucas di Grassi would have been part of the title fight had his package not been so unreliable earlier in the season.

"To be brutally honest, had Lucas' car not broken down so often in the beginning of the year, he'd be here - there's no question about that.

"That thing is rapid and it has been rapid all year - just at the beginning it was a little bit fragile.

"So, Lucas would be here as well, but I think it's credit to [us], but we're here because we've been the most consistent.

"JEV's here as the championship leader because he's done a stunning job. And I'm sat here as well, so I must have done a couple of things right as well."

Find out how you can follow the 2018 New York ePrix here.