The ABB FIA Formula E-supporting Jaguar I-PACE eTrophy has revealed it will use attack mode in its second season, having released its 2019/20 calendar

Autosport understands that Jaguar used the 2018/19 season finale at New York to try out elements of the system outside of the official timed sessions, before evaluating whether to include it in '19/20 in response to a lack of overtaking in its first campaign.

The championship will have 10 races, beginning at FE's season-opening Saudi Arabia round and finishing at the new-for-2019/20 London event.

The four FE rounds the Jaguars will not support are Santiago and Seoul, plus the dates that are current 'tbc' venues - one of which is expected to be Sanya.

A statement from Jaguar said that "further sporting and technical developments will be revealed in due course, as well as the announcement of team and driver line-ups". 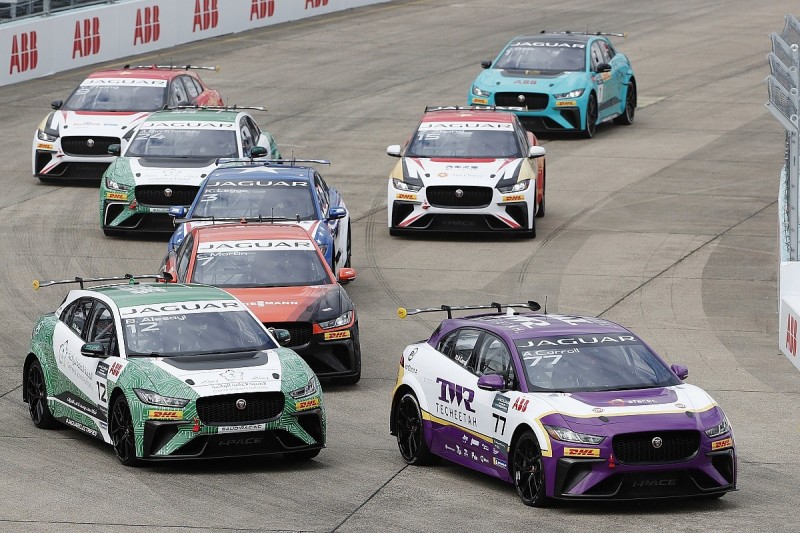 "It's exciting to look forward to season two of the Jaguar I-PACE eTROPHY and reveal the exciting locations for our second year," said Jaguar team director James Barclay.

"New for season two is the London double-header, which is a fantastic opportunity to race the I-PACE eTROPHY twice in front of our home crowds.

"We are also excited to bring 'attack mode' to the series.

"It has been a big success in Formula E and I am sure it will also inject even more excitement into eTROPHY."

? ATTACK MODE: "With successful trials completed in New York in July, drivers will be able to use a number of "ATTACK MODES" during the races to unleash a power boost and provide even more overtaking opportunities!"#Jaguar #IPACE #eTROPHY ⚡️ pic.twitter.com/NbnQ3spsMC

The I-PACEs have returned to their UK base since New York, and are undergoing preparations for testing in October.

I-PACE championship manager Marion Barmby has left Jaguar and Autosport understands she will take up a new position elsewhere in motorsport that will be revealed in the coming days.