But after six of 11 races, it is di Grassi who holds a one-point lead in the race for the drivers' championship.

Victory in Long Beach on Saturday was the perfect response to di Grassi being excluded in Mexico City last month, and exactly what the battle for the second FE crown needed.

"It was very easy for me to throw in the towel and say, 'The championship is over, let's just come here for fun'."

Fortunately, that wasn't the case, and it allowed the championship picture to shift back in the Brazilian's favour a dozen laps into the Long Beach race.

Moments before di Grassi passed Sam Bird for the lead, Buemi hit the rear of Robin Frijns and mounted the Andretti Autosport car, causing enough damage to ruin both their races.

After the significance in Mexico of di Grassi's misfortune making up for Buemi's messy run to third on the road after a third consecutive qualifying error, there were further poignant lessons in Long Beach.

Everything about the race embodied the tenacity and consistency that is making di Grassi such an indefatigable title challenger and the occasional irrationality that is interrupting Buemi's push.

Buemi has been majestic at his peak this season but he can be as frustrating to watch as he is frustrated with himself. The upshot is it's difficult to argue that di Grassi's performances after the first six races merit anything other than the title. 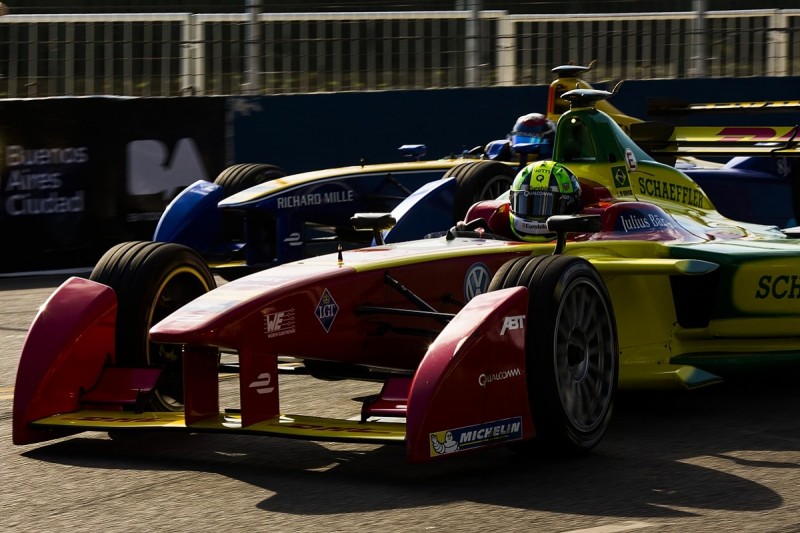 "It's my fault obviously," said a contrite Buemi of the Frijns crash. "I should have waited. There was no need to pass him in a tricky place like that."

The Swiss driver was happier with his Z.E.15 in Long Beach after the team discovered an issue with the brake system post-Mexico, but he was too conservative in qualifying, which was probably understandable given the confidence hit he's surely taken in recent races.

This shaky patch for the combination that was so dominant at the start of the year is exactly why di Grassi is currently overcoming a Buemi/Renault alliance that for most of the season has seemed an unstoppable force.

Despite rarely having the outright pace, and starting on the front row once in six races, di Grassi's results on the road are three wins, two seconds and a third.

Consistency wins titles and a mistake-free Buemi should be winning this championship by some margin. He's been the quickest driver everywhere but his back-to-back poles at the start of the year have been followed by fifth, 18th, fifth and seventh on the grid. He's won twice, been second twice, and been out of the points twice. He's had on-track incidents in the last two races. It's been far from serene.

Some think his recent issues - and Long Beach in particular, where he and team-mate Nico Prost both failed to make it into superpole in qualifying - show Renault has been pegged back. The reality is different.

First, it's important to clarify that the Beijing opener was misleading because the circuit layout suited the Renault's characteristics. With quick chicanes, and kerbs that required attacking, leading onto long straights it played into Buemi's hands and allowed him to dominate.

An advantage does exist, just not to the same degree at every track. That means it can be vulnerable.

A superior powertrain is not the same thing as a superior package. Di Grassi described the Z.E.15 as "the perfect car" but pointed out that a powertrain advantage can be countered by traditional racing elements - the driver, the set-up, the strategy. 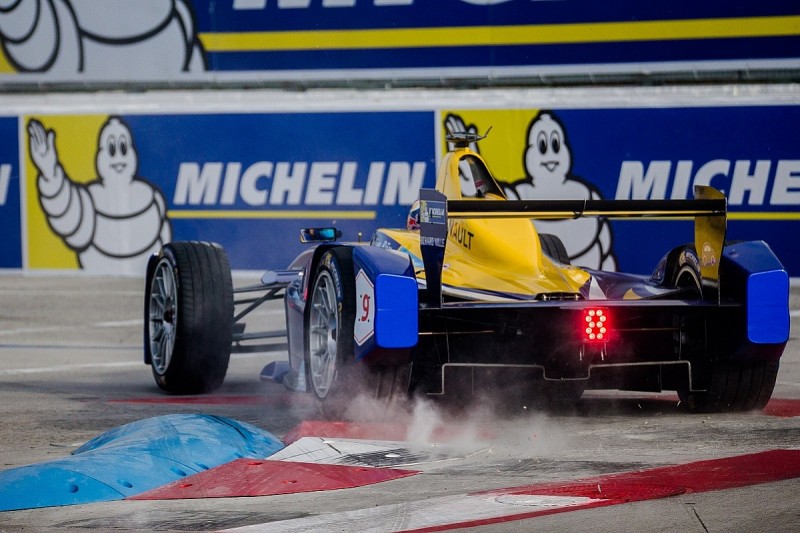 In Long Beach, Buemi was comfortably quickest in the race. The pace is there, but it isn't coming together at the moment. The brake issues suffered previously have dented the driver's confidence and placed more pressure on the team, making it more susceptible to its rivals.

Plus, the Long Beach track is tricky enough to catch people out and short enough to mix up the order. Just look at how a slightly perplexed Dragon Racing went from winning in Mexico to the lower reaches of the top 10, or how Mahindra tried new damper settings that fourth-place finisher Nick Heidfeld believes was key to he and Bruno Senna, who finished fifth, securing the team's best haul from a single event.

That combination could explain why Buemi had an advantage of some kind last Saturday, but not one that left him down the road or was able to cover up errors - as had been the case in the last three races.

Now we're out of the long-haul phase of the season the teams have the chance to reset. Renault can strip the cars back at the Donington Park base before the Paris race in three weeks time, make sure everything is firing on all cylinders and emerge in all-out-attack mode for its home race.

There's no reason to think it cannot regain its edge. It needs to if Buemi is to steady his ship, because di Grassi is simply driving too well this season not to take advantage of any further slip-ups in the title race. 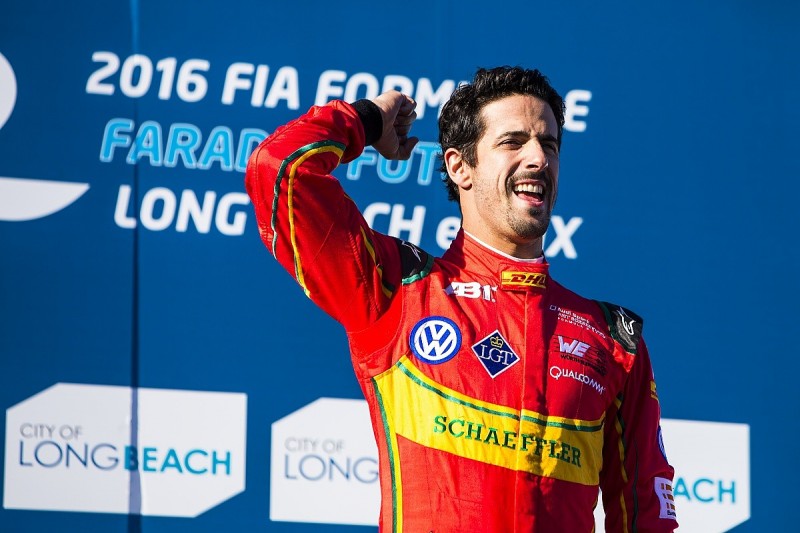