How Julius Baer became a key advocate for Formula E

The partnership between Formula E and Julius Baer has been a long and fruitful one, as Marco Parroni explains to Autosport

As one of Formula E’s founding partners, it should come as no surprise that Julius Baer remains enthusiastic about the success of its engagement with the all-electric single-seater series. The Swiss-based banking institution has for more than 130 years provided wealth management services and investment advice to clients, and its partnership with Formula E has proven mutually beneficial on the series’ journey to becoming a fully fledged world championship for the 2020-21 campaign.

Formula E’s origin story is well known. But once series founder Alejandro Agag and then-FIA president Jean Todt had drawn up the blueprints on a restaurant napkin in March 2011, there was a problem of how this vision would be funded. It sought a forward-thinking partner who was prepared to buy into its pioneering mantra and give it the credibility to approach OEMs. On both counts, Julius Baer fitted the bill.

Its 2012 takeover of Merrill Lynch’s international wealth management business was a major step for Julius Baer. Head of global brand programmes, partnerships and sponsoring Marco Parroni says it “completely changed the size of the bank, as it also became much more international”. When Swiss-Italian automotive industry veteran Parroni joined Julius Baer in 2013 from Ferrari, he was tasked with finding a first-rate global platform to increase brand awareness that also shared the bank’s values. After receiving a PowerPoint presentation from Agag, he felt that Formula E was the “perfect match because it was new, with a lot of risk, but a lot of benefits too”.

“Julius Baer is well known as a bank with values such as innovation, sustainability and forward-looking pioneering spirit,” he says. “Formula E came in the right moment, because it was exactly what was extremely important to us – a global platform to promote electric mobility for a better, more sustainable future. These were the elements that convinced us to invest and to support Formula E in an early stage.”

This was not without risk, given that there was no data to support this hunch. But for Julius Baer, its show of faith demonstrated “not only a vision but created a proof point” of its mantra, according to Parroni. “It’s not [enough] only to say we see the trends, we also invest in the trends,” he says. “Formula E is for us an excellent story we can have when advising clients, showing that Julius Baer can anticipate trends that are worth investing in. Formula E creates our credibility.”

That confidence was vindicated by a successful first event at Beijing in 2014, which proved the concept viability and hinted at a bright future. Parroni reflects fondly on seeing the Julius Baer brand front and centre at Monaco in 2015 – “We walked on the track and we were thinking, ‘This is a milestone for Julius Baer to be here’” – and on the “dream come true” achievement in 2018 of staging an international motor race in Zurich, in Julius Baer’s home market of Switzerland, 63 years after the 1955 Le Mans tragedy that led to a ban on motorsport in the country. 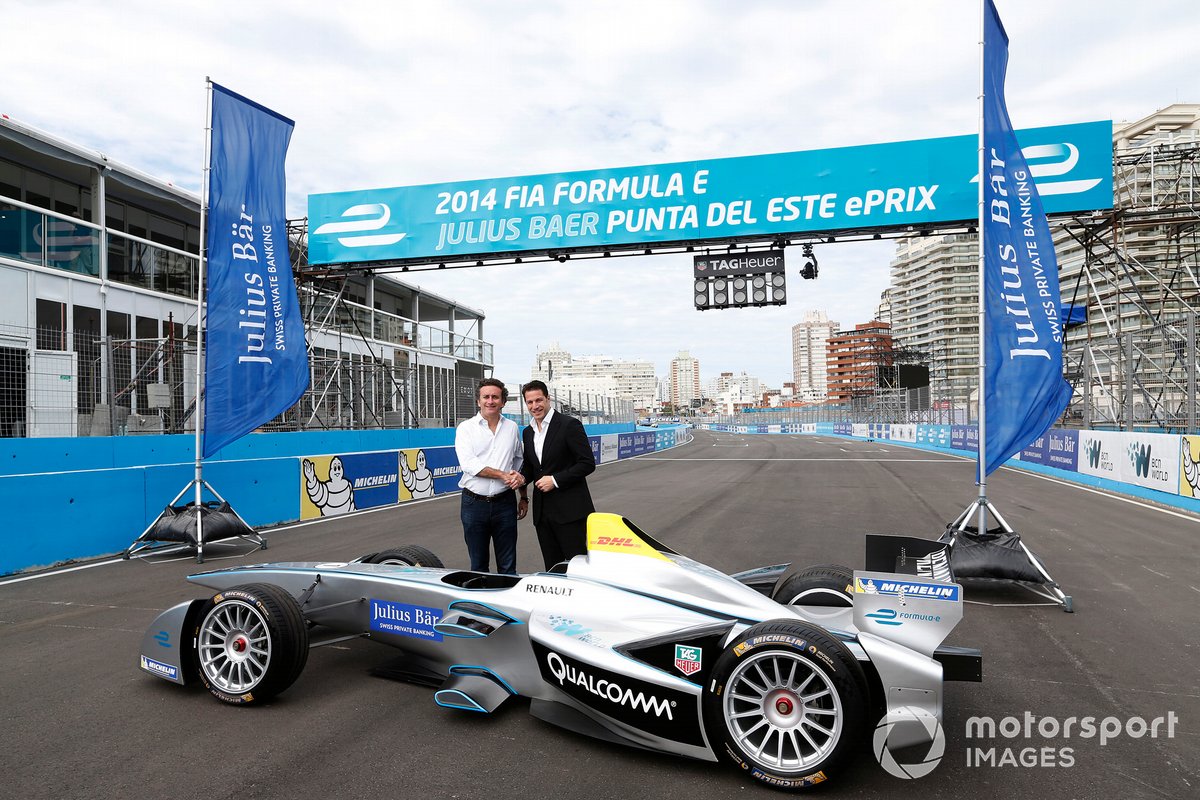 “The race was in the heart of the city, this was the biggest highlight in Julius Baer’s Formula E story,” Parroni recalls. “We were proud that for the first time the big sponsoring project from Julius Baer was brought to Switzerland. In the beginning it was so risky to support, but the race was sold out. All the elements were there.”

Formula E has come a long way since those early days of mid-race car swaps, with the eagerly anticipated Gen3 era of faster, lighter and increasingly sustainable cars on the horizon. And Julius Baer’s input has been important too. In 2017, Parroni was formally brought into the inner circle on the championship’s global advisory board. There, he discusses the technology and sporting roadmap with other key stakeholders “to help Formula E to develop and grow in the right direction”. It’s something that he is very proud of, but a responsibility he holds deeply.

Parroni is clear that Formula E faces challenges, following the withdrawal of big hitters Audi, BMW and Mercedes. But, with the Stellantis Group bringing Maserati to the Gen3 party, he is optimistic that Formula E’s future will live up to the championship’s story of success in a world that is increasingly accepting of a message once considered radically disruptive.

“It’s important Formula E remains a reference in electric motorsport for OEMs,” says Parroni. “Gen3 goes to the next level and Formula E wants to show how technology can be evolved and then transferred to road cars. In the past Formula 1 was exactly this, which is why it attracted so many OEMs. Formula E must do the same.

Whatever the future of Formula E, Parroni does not dismiss the prospect of an F1 merger given that the electric series’ exclusive FIA licence extends to 2039

“It was regrettable to see BMW, Audi and Mercedes announce they will leave Formula E. Formula E is still a young motorsport series and when you see the strategy from the OEMs, it’s 100% electric. The Formula E technology is exactly the technology you will find on the road car.

“Now with Gen3, Formula E must demonstrate that it is going the right way and that it’s important to be part of this evolution. The Stellantis Group will be electric by 2027, so it absolutely makes sense for OEMs to be in Formula E.”

Whatever the future of Formula E, Parroni does not dismiss the prospect of an F1 merger given that the electric series’ exclusive FIA licence extends to 2039. And with the bank in its corner for at least this and next season, the world championship, which further wants to increase its influence and relevance, has an advocate from the very beginning at its side. 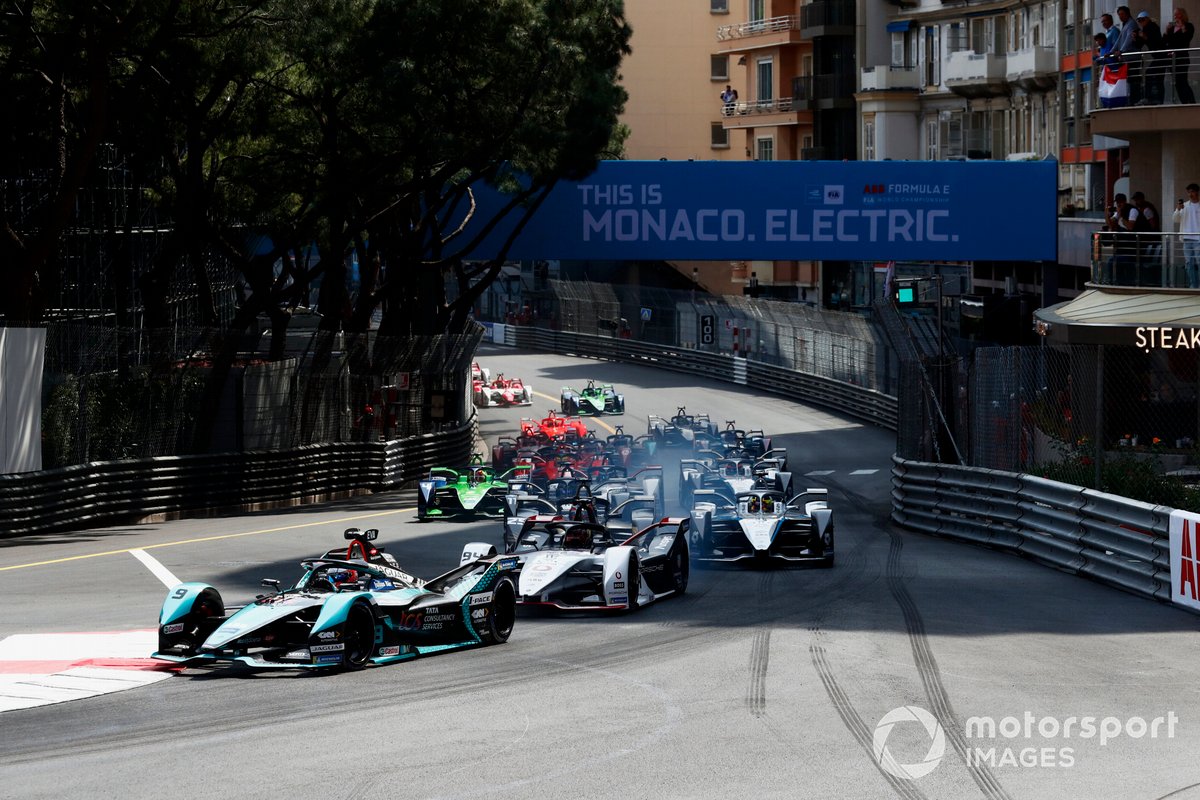